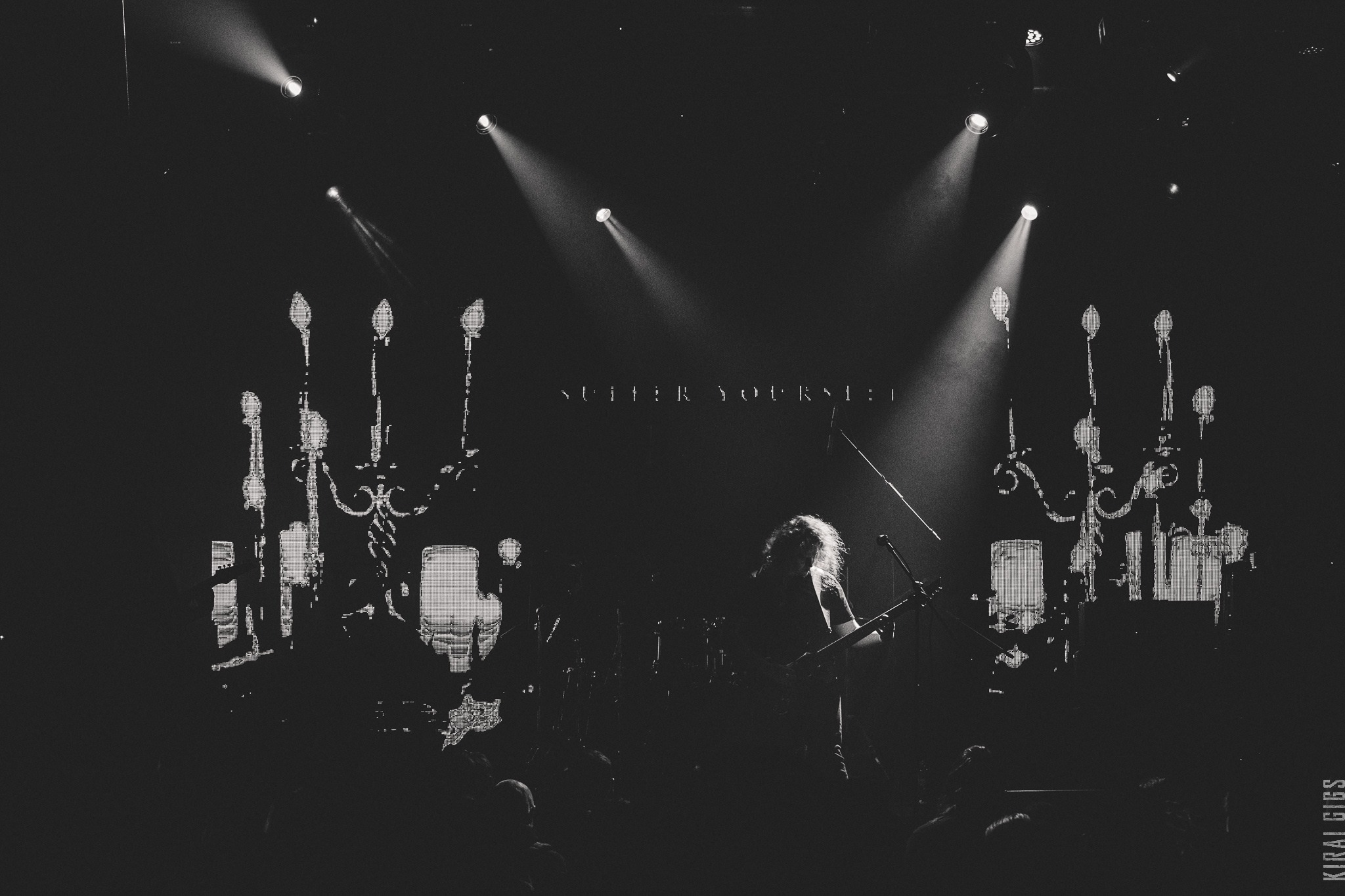 Stockholm-based metal quartet Suffer Yourself take us on an oceanic voyage of brutal, funeral-inspired death-doom with their 2021 album Rip Tide, another record which highlights the vast quality and experimentation being utilised in the contemporary global extreme metal scene.

Initially from Poland, and currently residing in Stockholm, Sweden after an active stint in Kiev, Ukraine, Suffer Yourself produce a range of ear-shattering, low-frequency, hypnotic funeral-doom hybridised with a brutal death metal aura. The band have released three studio albums and one demo, beginning with their initial demo turned first full-length release Inner Sanctum (2014), followed by Ectoplasm (2016), demonstrating their eerie death-infused sound played with eye-gorging, doomy slowness. However, for Rip Tide, the ensemble’s third release to date, Suffer Yourself seem to be pushing their creative capabilities, producing a record that goes beyond just another death-inspired doom record for something that builds on intense sonic narratives and creates a horror-like oceanic vison to the listener.

Although limited to only three tracks, there is no lack of substance throughout the album’s 30+ minute runtime. This is particularly true for the album’s opener “Spit in the Chasm”, which sports a lengthy 20 minutes of epic brutality and powerful, intense sonic expansions, executed through massive chord progressions that sound incredibly nasty and overbearing. The slow, impending funeral doom-inspired passages that follow begin to sink in and set the tone for this track, as if to personify the violent and unforgiving nature of the vast, baron oceanic landscape that seems to be the central theme of this album. The feeling of an impending catastrophe immediately begins to start becoming clearer as the song continues. The vocal growls are implemented with such a nasty and grim undertone whilst the drums carry an extreme weightiness through the deafening, huge crash cymbals and death metal blast-beats that experiment with different tempos.

Getting to the mid-point of this first song, the development in the instrumentation begins to really take off. The guitar passages encompass a rich harmonious texture that sweeps in and out, creating some nice atmospheric tension. Whilst there appears to be a general slowness in the track’s overall tempo, giving it that doomy sort of vibe, it is interesting to hear various black metal-inspired riffs dotted throughout the piece, lending a much-needed sinister mood to it. The overall instrumentation, including the vocals, has a dirty and brutal quality, particularly through the sharp ascending intervals that are likely implicated to complement that tense and fierce atmosphere that looms over a sonic vison of a cold, perilous sea. Even the lyrics express: ‘Damn be your gods; Damn be your compassion; I spit in the cursed chasm; As I dare!’, highlighting the overall nihilistic and foreboding sense of anguish.

“Désir de trépas maritime (Au bord de la mer je veux mourir)” is the song that follows, and with an already darkened tone, a neo-classical string section takes place, providing some much-welcomed diversity to the music whilst remaining grounded to a sombre ambience. The harmonic guitars soon return to bring that tense, stomach-wrenching feeling back into focus, accompanied by dense, doom-laden rhythmic drum elements and an eerie spoken work passage, evoking a sense of dread and horror contrasted with the earlier picturesque-like string accompaniment at the beginning of the song. The dissonant chord patterns dominate, as if to emphasise the feeling of one sinking beneath the waves of an oceanic void, as well as the additional slow, creeping piano notes, which possess a trembling quality.

Final track “UGASANIE – Submerging” maintains this dark atmosphere once more through tense soundscapes that paint a gloomy picture in the listener’s head like a battered shipwreck finally being dragged to the surface of the seabed. The desolate tone that persists throughout is constructed of subtle layers of concentrated feedback, dense, solemn field recordings, and occasional mechanical sounding movements all pieced together, imitating a perilous buzz allowing the band to sonically capture those aspects of horror and trepidation through elongated drones that come across almost hypnotic and mind-altering.

Although it could be said that this record seems limited in the sense that there is much more room for the already tense and brutal musical elements to be extended further, there is no question that Rip Tide appears to be the record in which Suffer Yourself look to be finding their feet and constructing a strong musical identity as a band. The future looks bright for the band, albeit in a cold and doom-filled kind of way; what remains is to see how the band will fare in time amongst an ever-rich and constantly changing global extreme metal scene.