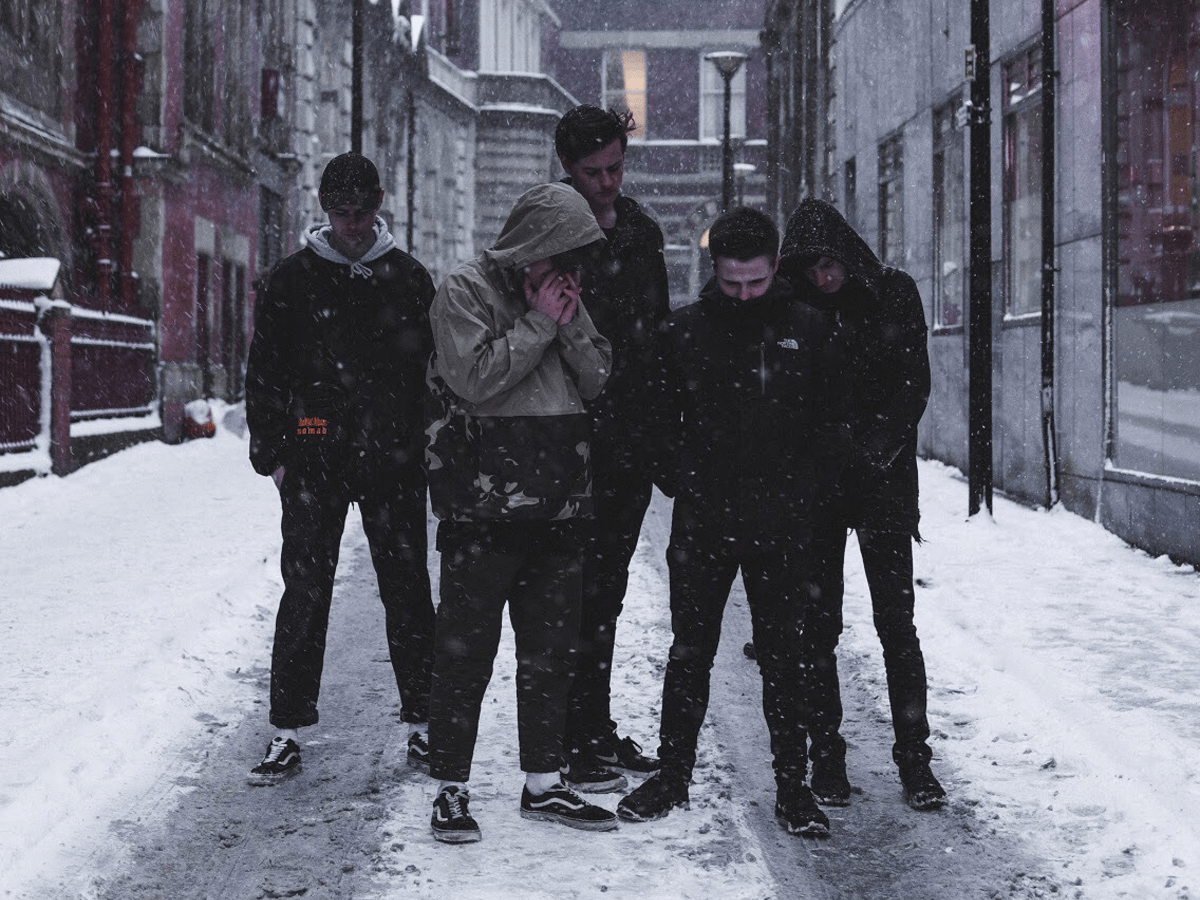 Starve To Survive – “Have Me To Waste”

By Robert MiklosFebruary 16, 2019 No Comments

Mid-tempo, high-gain, palm muted, staccato riff aficionados can smash that follow/subscribe/like button all the way, because Have Me To Waste is definitely the way to groove.

Starve To Survive are a relatively fresh band on the metal scene, having formed just five years ago. They are from Newcastle Upon Tyne, UK, and are comprised of James Freeman, Sam Heatley, Luke Gimza, Dominic Whillians, and Jordan Mercer. Have Me To Waste is their second EP and it’s freshly released, so look out lads!

Have Me To Waste is the successor of Life//Loss in all possible ways. Production is markedly better, separating every layer enough for the mix to not be muddy, although not too much as to make things sound hermetic. The instruments also have much crisper tones and deeper timbres, which gives audiophiles an extra reason to drool over this record.  Arrangements also take a turn from mildly throbbing to pure, head bang-worthy groove.

“Back & Forth” doesn’t ease in an inch. It just straight up starts banging in your face, opening the trip to the land of riffs with a heavy and slow atmosphere. This is emphasized by the synths that float about clearly every time the band takes it easy for a few increments of a second. “Dismal” appropriately follows suite, chugging at a fraction of the tempo we’re used to hearing around this djenty timbre. “Dread” comes at it hard with one of the most mosh-able riffs I’ve heard in quite a while. It also has this vibe that’s eerily reminiscent of early My Enemies & I that is just unshakable once you listen to both bands. Starve To Survive are definitely doing the better part if you ask me. The breakdown at the end of “Dread” is really kick-ass too. The title track is without a question the highlight. It boasts some odd-sounding beats and riffs that augment the massive vibe that’s present. “Resolute” acts as a heavily atmospheric extension to the title track, leading the listener to the top of the musical narrative. The closing track “Twinge” brings about a little more of that My Enemies & I feel I mentioned earlier but ditches it just before the ending where it closes the album with one big, nasty, slow, riff.

I’d like to note that this is isn’t your average ‘-core’ record. Sonically, it doesn’t really stray from its high gain delivery whereas, architecturally, it treads a fine line between metallic hardcore, nu-metal and groove metal thus giving it a distinct edge (albeit this is not something that stands out immediately). While it is short, it is cohesive, and there are virtually no filler moments. Every instant is more than just engaging. So, while Have Me To Waste doesn’t bring anything new to the table, it is a dense, consistent, and catchy collection of tunes that aptly highlights the band’s strengths.

Starve To Survive bring more than just a whiff of fresh air into this sub-genre. They bring back the essential component – the grooves. They know exactly what people need when they go to such a gig, and they will gladly deliver the goods. This is definitely something to experience in a venue rather than in your headphones. The band shows more than just a fair deal of promise, especially considering that we don’t even have a debut full-length yet. Starve To Survive are certainly an act to keep an eye out for and I’m personally quite curious to see how this energetic act further develops.