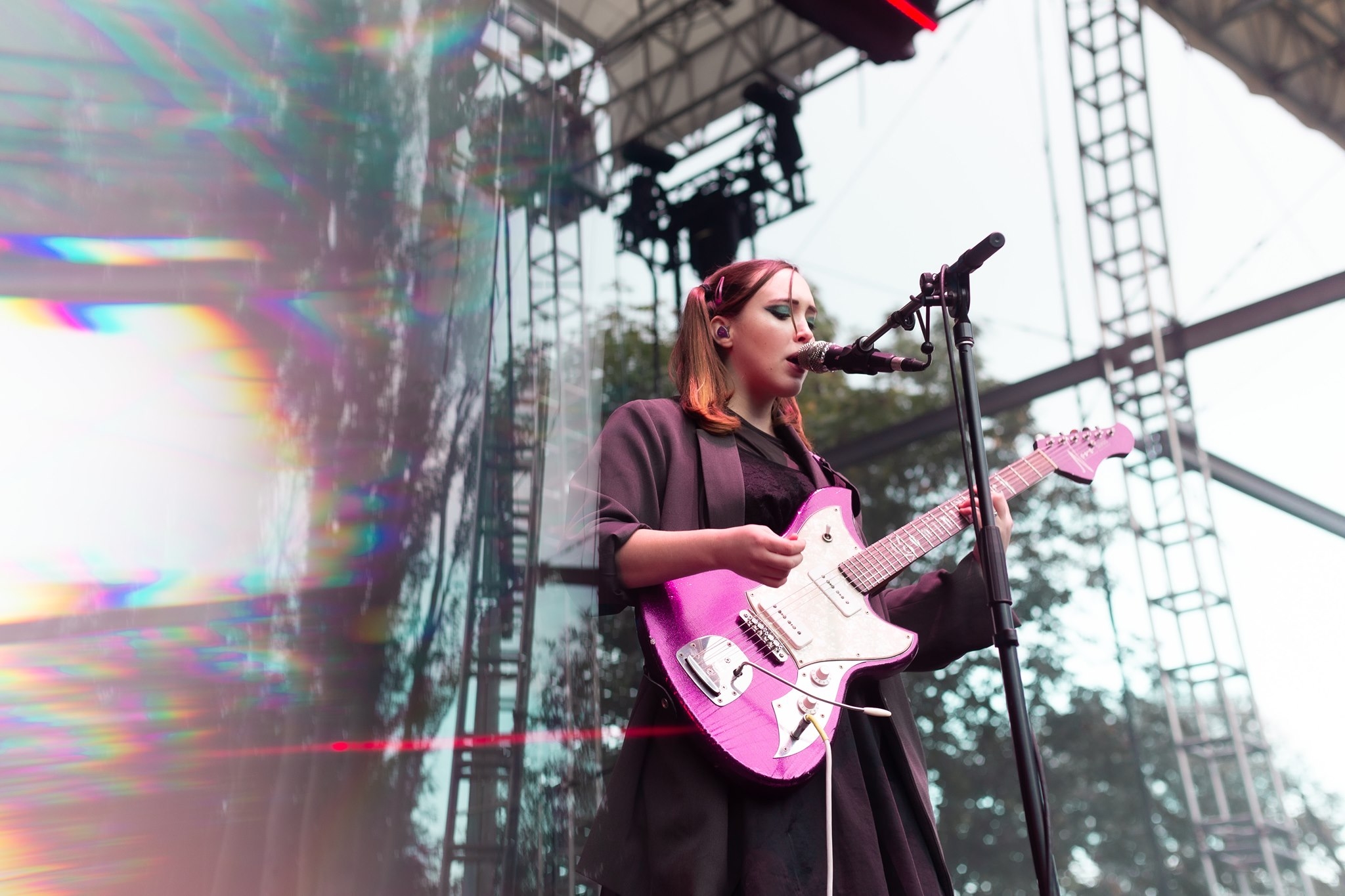 Sometimes, Forever is an impressive record that places Soccer Mommy’s masterful pop songwriting in a broodier, reflective context that continues to draw from nostalgic and contemporary influences.

Soccer Mommy, the moniker for Sophie Regina Allison, first came to my attention with her 2020 album, Color Theory. I was immediately captured by her fusion of late 90s/early 2000s pop aesthetics and contemporary songwriting, creating something that, at least as a person whose formative years spanned that time, feels timeless and nostalgic. As such, I was certainly intrigued to hear how Soccer Mommy, with her vulnerable lyrics and thoughtful songwriting, would respond to what has been such a hard time in our shared human history. Sometimes, Forever feels like a natural reflection on this period in time.

“Bones”, one of the album’s singles, opens the album and acts as a fitting thesis to this reflection. It deftly establishes both the emotional and sonic tone of Sometimes, Forever while offering a darkly catchy, impressive example of contemporary songwriting. In some ways, the track calls back to the saccharine nostalgia of Color Theory while pointing towards the darker, melancholic tones that we find throughout the album.

Speaking of dark, “Unholy Affliction” incorporates brooding Nine Inch Nails industrial inspiration and watery Nirvana-esque chords into Allison’s pop/songwriter vocabulary in ways that obliterate the envelope containing my preconceptions of her sound. As I talked about in our discussion of Nirvana’s Nevermind, part of what defines this album is its ability to be emotionally and sonically heavy while being pop. “Darkness Forever” carries on this tone with unsettling guitar arpeggios, walls of fuzz, and creeping synths.

Songs like “Shotgun” and “Don’t Ask Me” contrast some of the earlier tracks, feeling like some of the most upbeat and positive parts of this stark record. But, of course, the lyrics betray heavier themes even when the music doesn’t always. The former also lightly pulls from another influential 90s staple – The Pixies. It’s quite a feat that Soccer Mommy is able to incorporate elements from artists ranging from The Pixies to Nine Inch Nails to Nirvana to Sheryl Crow while fitting perfectly alongside contemporaries like Phoebe Bridgers, Snail Mail, Lucy Dacus, and Julien Baker.

However, even when stripped of nostalgic influences, Soccer Mommy has an emotional and affecting core to her music that is probably best captured in my favourite, and final part of the record: “Still”. Based around an acoustic guitar and vocals that fall just louder than a whisper, her lyrics drive home the duality and sadness that permeate the album: ‘I don’t how to feel things small / It’s a tidal wave and nothing at all / I can’t believe in heaven now / It’s been hell on earth for a second’

Emotional, catchy, relatable, nostalgic, fun, heavy – Sometimes, Forever is an album that accomplishes a lot while never feeling distracted or unfocused. This is due mainly to the emotional throughline that Soccer Mommy holds close throughout Sometimes, Forever’s eleven tracks. Someone else whose musical opinion I greatly respect has called Sometimes, Forever the album of the year. And if it’s not, it’s going to be a tough one to beat.