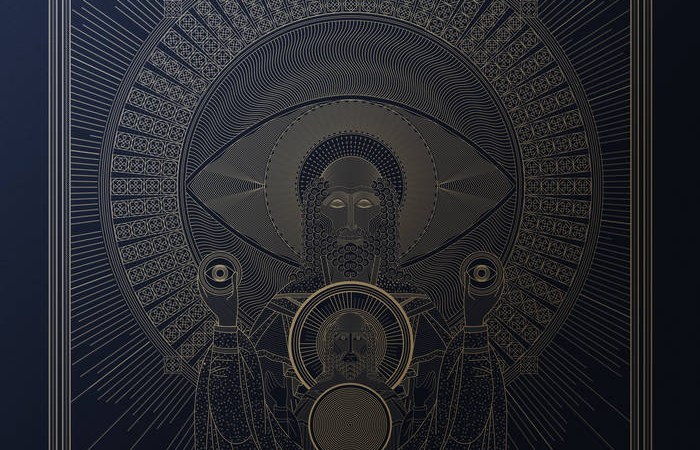 Sermon – “Birth of the Marvellous”

Sermon balance out Tool worship with their own sound enough to make an engaging progressive album and begin their career with promise.

Sermon are the newest ‘anonymous’ band to hit the scene. Nobody knows what their identities are, and they shroud themselves in this mysticism to deliver their sermon. This goup exists as an outlet to spread the word of spiritual and theological balance, seeking to break free from the shackles of typical religious thought and create a thoughtful intersection for all forms of worship to meet.

Meeting this goal is not an easy one, but Sermon will try anything in their sonic arsenal to get people listening. The vocals are regal and soaring, very reminiscent of one Maynard James Keenan. While there is definitely a comparison to be made to Tool, this time the worship isn’t taken too far at all; Sermon offer plenty of their own things to avoid being just another copycat. The guitar is heavy and distorted, playing thoughtful, progressive riffs, as well as creating walls of sounds to add to the overall atmosphere at times, while the percussion is sharp and loud without overpowering the mix at all.

Birth of the Marvellous sits on the crux between progressive rock and metal. There are points at which it is very heavy – when it has harsh vocals, double bass, and heavy guitar going on, it’s unmistakably a metal album. But there are whole songs and parts of the album that go without a touch of heaviness and lean way more towards prog rock stylings à la Tool. This album is definitely hard to nail down to any one genre. Sermon interject black metal vocals into “The Drift” and “Contrition”, while also retaining a groove metal-heavy moment in the latter.

When a piece of music is created and exists for the sole purpose of promoting a particular thing, I am always wary. Hearing that the concept of this band was to advance the duality of spiritualism and theological beliefs with their sound, I was hesitant at first – I didn’t want to invest my time into something that from the outside sounded like it would be pretentious prattling about religion and pseudo-spiritualism. I was very wrong to think that is what Sermon were going to offer. You won’t find incessant preaching here; instead, you are met with a thoughtful album that focuses more on the music being good than the message coming across, or so it seems.

“The Chasm” is a song that I started off disliking, but it may be my favorite on the album now. It is a rather repetitive piece, repeating the same set of lyrics throughout its five minutes of runtime. What makes the song so good despite it being monotonous, is the subtle changes the instruments make throughout, slowly building in intensity through the various cycles. There is clearly a good amount of care that went into its writing, the haunting vocals and ethereal production making it a track that stays stuck in my head.

Birth of the Marvellous is a great debut for a band that holds a lot of promise. Sermon show a lot of passion about their message, and it is exciting to think about what they will create to continue promoting it. While I’m usually not the biggest fan of the ‘anonymous musicians’ gimmick, I can overlook it for now and enjoy this album for what it’s worth.