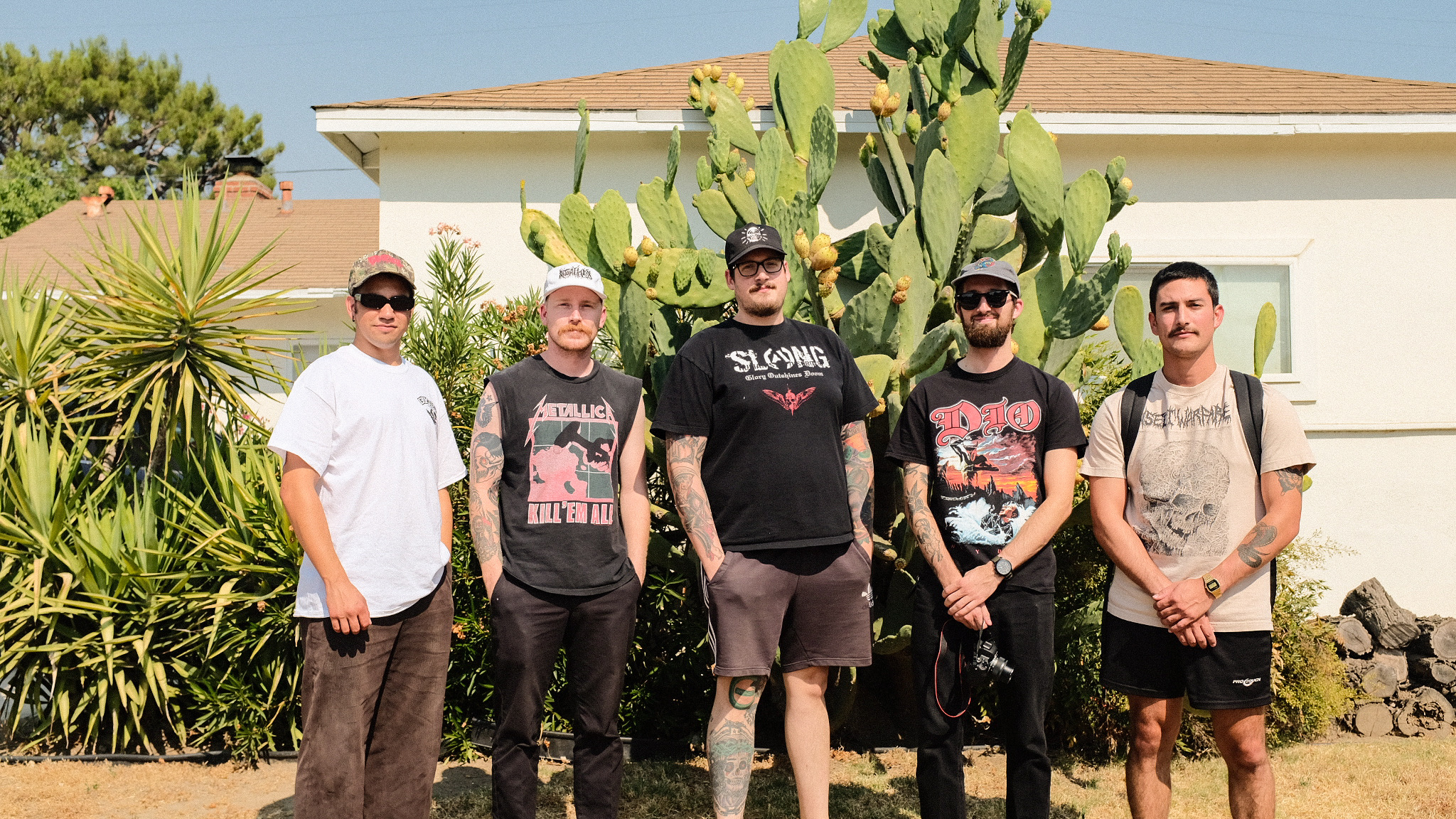 By Vidur PaliwalNovember 12, 2020 No Comments

‘Evil from the f***ing start/No hope in life‘, screams out Cole Rodgers on “No Hope”, the opening track of SCALP‘s debut Domestic Extremity. Coupled with blasting drumbeats, a wall of guitar riffs, and a crunchy bass, this is the perfect introduction for the California-based hardcore quartet. From the moment you hit play, only one thought comes to mind – this thing is extreme, no kidding.

Much like their fellow Californians ACxDC, SCALP are out on a mission against racism, injustice, and fascist authority, but via a different overall sound. Where ACxDC prefer a direct powerviolence approach, SCALP bring a diverse range of sounds into their equally hard-hitting music. Over a runtime of just under 21 minutes, Domestic Extremity sees the band deliver music that smashes together powerviolence, hardcore, technical death metal, and even elements of sludge.

Six of the ten songs on Domestic Extremity are under the two-minute mark and precisely deliver what you expect: violent bursts of hardcore songs with a traditional death metal filter on them. The two standout songs, “Indigent Botulin” and “Christian Leech”, are both under the minute mark and yet manage to perfectly sum up the band’s sound. While the former has consistent pacing and a Napalm Death-style grindcore sound, the latter is a hardcore-meets-traditional-death-metal monster. Kicking off in a pure hardcore frenzy that is instantly reminiscent of Nails, the song switches track midway and takes a more classic death metal structure akin to Terminal Nation.

The combination of hardcore and powerviolence leaves little room for expanding the soundscape on the smaller belters – it is hence left to the few longer cuts on Domestic Extremity to bring variation into the sound. “Crouch” does this to perfection, showcasing a dynamic transition through its three minutes and nine seconds. The song progressively slows down, starting with some old-school death metal riffs, flowing into death-doom territory before ending in the sludgiest of burrows, bringing in influences ranging from Tomb Mold to Eyehategod. Similarly, the album closer “Depleted Mass” brings in some Om–style drone influences and mixes them up with the upfront hardcore vibes of Black Flag.

Yet for all SCALP do right on their debut, they do take some wrong turns. It feels odd to say this for a 20-minute album, but there are moments on Domestic Extremity that could use some trimming. For example, “Flesh Fed” opens explosively, but it is essentially a 12-second Napalm Death-fashion song with a minute of meandering, Six Feet Under-style riff joined at the end. And while the aforementioned “Depleted Mass” brings a unique sound to the album, its dawdling nature reduces the impact it could potentially have.

In terms of production style, this is music that does not need dynamics or a vast soundstage, given the sole intention to force their thoughts down the listener’s ear. The loud production suits SCALP‘s style, and the mix and master retain just the right amount of dirt to them, ensuring Domestic Extremity does not come across as another over-polished record. All of this adds up to an album that is enjoyable even after multiple listens. SCALP spew forth some sincere and unadulterated rage with their debut Domestic Extremity. Their message is the need of the hour, and when spoken with such emotional honesty, it’s hard not to sit up and notice. Ruthless!