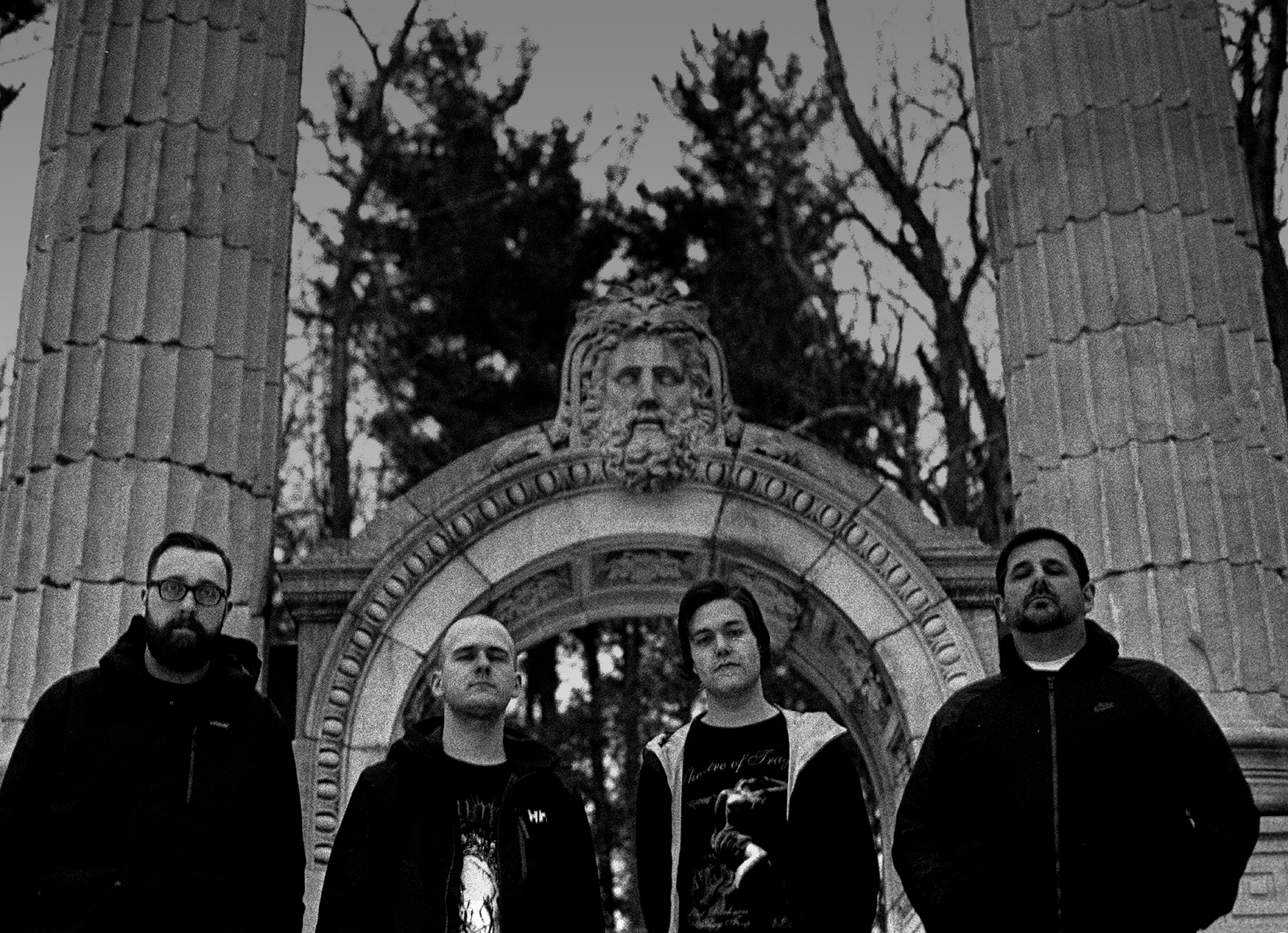 Tomb Mold are on their third album in three years, but this prolific band aren’t making any cuts to quality. Planetary Clairvoyance is another strong release that makes it one of the strongest death metal releases of the year.

There’s something about the cavernous, echoing death metal that draws me in. I first noticed this style when Chthe’ilist came trampling into my consciousness a few years ago with Le Dernier Crépuscule. Since that time, fellow Canadians Tomb Mold have been exercising their version of this approach with Primordial Malignity and Manor Of Infinite Forms. Aside from style and tonal similarity, these two bands also share a love of video games with Chthe’ilist referencing The Legend Of Zelda: Majora’s Mask and Tomb Mold bringing their love of Dark Souls to bear through their music. Is ‘Canadian Video Game Death Metal’ a new genre? Probably. Enough about video games though, let’s allow our minds wander into Planetary Clairvoyance.

It should be noted that this is their third LP in as many years. Being prolific in this scene isn’t anything new and more often than not a product of necessity to stay visible in the ever-expanding and dare I say diluted pool of death metal. With plenty of material behind them, it seems that Tomb Mold have purged some of their earlier proclivities and have added a layer of maturity to their approach. One long-standing trait thankfully remains in place: atmosphere. “Beg For Life” kicks things off with a spacious din that builds until the low growling vocals and the riffs come barging in like a pissed-off elephant. There are some nice progressive segues, such as an acoustic guitar interlude that leads to a more sedate, but equally brutal back half. Coming out of the gate with this much variety in a seven-minute song is a very strong start.

Production on this type of metal is a very tough thing to critique, as choices made in this department are quite intentional and part of the overall aesthetic. On Planetary Clairvoyance, I think the balance was struck well. It’s low-end heavy but you can still catch every cymbal strike and the vocals, murky as they may be, are differentiated from the rest of the instrumentation. It’s the equivalent of playing a Grave album through house speakers nestled deep within a cave.

After the brief and glitchy interlude of “Phosphorene Ultimate”, Tomb Mold get back to the riffs with the ferocious “Infinite Resurrection”. The snare gets more exposure throughout this track’s five minutes and from start to finish this one feels like a more straightforward OSDM track. The vocals are raging and the low-end guitar solo completes the package. It’s a real pleasure. While there has been a bit of a glut of death metal, especially from purveyors of filth 20 Buck Spin, this track helps to solidify Tomb Mold as leaders of the charge in this resurgence despite being relative newcomers to this space.

The pacing on the second half of the record is just as good as the first half. Songs like “Accelerative Phenomenae” and “Cerulean Salvation” keep things low and dirty to make sure that the listener doesn’t forget that these guys are probably averse to sunlight and fresh air. The latter is a more upbeat affair with some thrashy riffing that’ll get you punching the air in no time flat. It’s not all flash though, as the song still manages to throw in some timing changes that kept me from getting bored. Great stuff.

Tomb Mold continue the hot streak with Planetary Clairvoyance. While it’s not a grand reinvention of their style, it’s got enough of their mojo mixed with fresh ideas that will satisfy fans while giving them something new as well. If you grab only one death metal album this month, I’d encourage you to try this one out: it’s gnarly. It’s also got some of the best cover art around.