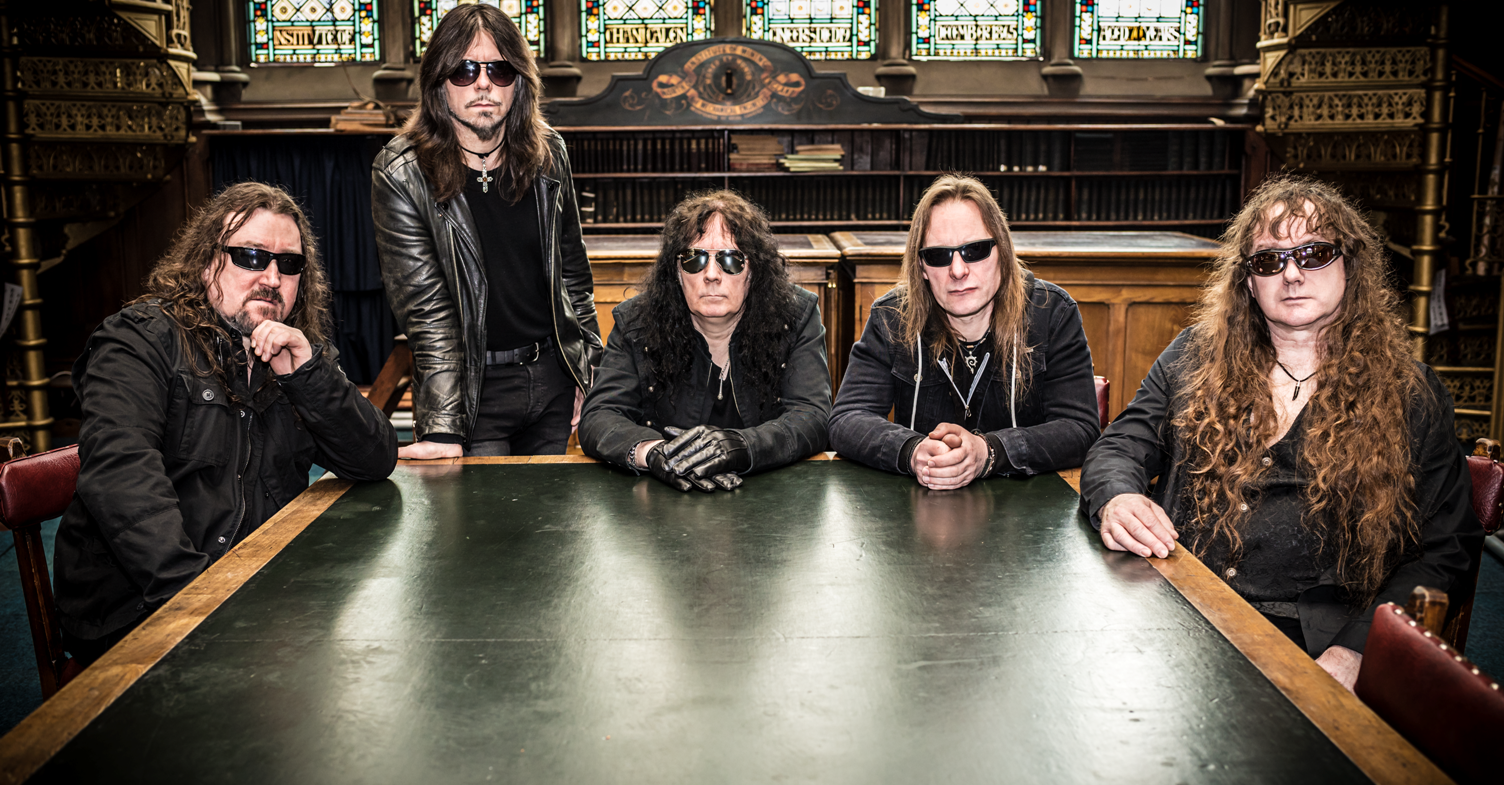 By David RodriguezMarch 31, 2022 No Comments

Satan is lord. I mean, Satan are lords. The band! Satan, the band, are lords of classic heavy metal, and their reign continues with Earth Infernal.

40 years removed from their debut album, it’s normal to ask why? Why would a band like Satan keep chugging along, or more appropriately, why would the band reconvene after nearly 30 years to continue on, harder than they did before? Well, maybe because they’re one of the best names the new wave of British heavy metal has to offer, particularly in modern times.

When you hear NWOBHM, you will assuredly think of Iron Maiden first. Understandably so – they are one of the biggest bands in the world, with one of the most celebrated, classic catalogs of any band ever and some of the most legendary musicians in their ranks. I myself love about half of their albums. But what of the other bands? You don’t just get a subgenre and have it be one band… right? That’s where a band like Satan come in to fill out the ranks with some of their unique, entertaining takes on the sound.

Dropping two (pretty great) albums in the 1980s, they wouldn’t put out a new studio album again until 2013 after a lengthy hiatus and some live show tinkering. Now, we’re four albums deep into their revival, six career total, and I must say, if it weren’t for fellow English metallers Carcass, this would probably be the best comeback streak in metal right now.

I know Satan will not be for everyone. They are a stubborn band; a riffs-and-melody-first crew of rockers, aged and experienced with the ways of burrowing into your head with their songs. They know their shit, but it’s a two-way street, requiring listeners to be okay with all that and more, like their more lax production and laid-back vocal approach. Brian Ross is no Bruce Dickinson, but he’s not trying to be – Ross’s voice is still mightily robust at 68 years and fits the sound remarkably. Listening to “Burning Portrait” above is likely going to be the best test of ‘will I/won’t I?’ when determining if they’re for you.

If you wish to know more, know that Earth Infernal is more of the same, yet not. The band have an extraordinary way with making each song stand out well enough from the ones before it. While guitar leads and black leather attitudes reign supreme and without challenge, there is a variety on display. “Mercury’s Shadow” for instance is an economical instrumental that flirts with some neoclassical sundries to form a driving track with some serious kick. “Earth We Bequeath” is a banger with similar leanings, just pepper back in the vocals, and some of the best on the record at that – that chorus is appropriately wild. “A Sorrow Unspent” likewise is spearheaded by hand drums before burning that vibe away with speedy licks and drums.

Satan‘s first two albums, Court in the Act and Suspended Sentence, often sound more influenced by the thrashy weight that Metallica were throwing around in those days with Ride the Lightning and Master of Puppets. I’m all for that! Since 2013’s Life Sentence, though, there’s been a very deliberate reining in of that dense metal sound and more of a focus on agility. Fast riffs, compact yet effective melodies, and more that strongly aligns with classic heavy metal and NWOBHM specifically, like Anvil or Night Demon. Earth Infernal continues that streak with vigor and nary a stop sign in sight.

There’s a fun mood infused in the air for all of Earth Infernal‘s tracks; really, nearly all of Satan‘s work. They are out here to make metal-ass metal, tastefully antiqued as if unearthed from a time capsule and enjoying the fresh 2022 air. If you prefer rogue classes to warriors, this is for you. This album won’t break the mold because, well, it is the mold – well-structured, tried, true, and providing the foundation for so many other bands to springboard from and soar far above the expectations of what we thought metal could be when this sound was roaring through speakers. They say respect your elders and, in Satan‘s case, that very much applies.