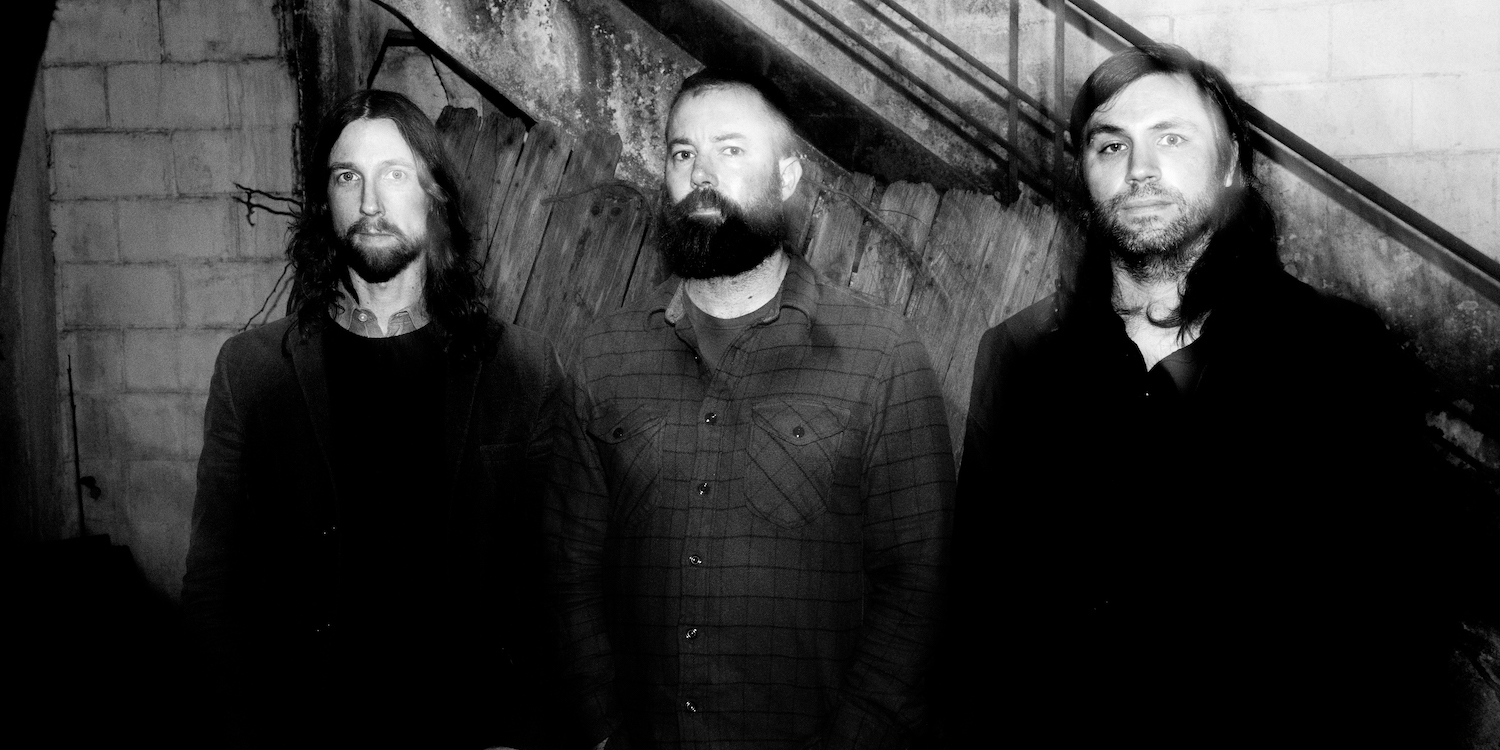 Russian Circles are back, with arguably their hardest-hitting record yet. The titans of post-metal have created an album that tears down the fabric of reality around you, exposing the joys and tragedies woven throughout your existence.

Music that reminds you of a moment, a feeling or a beautiful view is the kind of music I want thrust into my brain every day. I’m pleased to say that Russian Circles‘ latest album Blood Year offers all of those experiences. I will admit that I wasn’t a keen purveyor of their previous material, but I’ve consumed it all since experiencing Blood Year for the first time. It’s certainly another step in the band’s sonic progression, but does not depart from the sound fans will be expecting to hear on the album.

Something I immediately picked up on after moving back and forth through their discography was how heavily this album leans on sludgier elements. I immediately drew comparisons to last year’s instrumental sludge masterpiece Ambiance by Ølten, thanks to the devastating riffs, which go a step beyond what Russian Circles have unleashed upon us before. The post- elements of their music are still prevalent, veering off towards the cinematic side occasionally, but nowhere near as frequently as on Guidance.

Looking at my headline for this album, I can imagine you’re all quite confused as to how you get from the band employing sludgier post-metal to the tearing asunder of one’s mental state. During a solo walk, I blasted this album from start to finish, soaking in beautiful views of my hometown and gazing upon the ruins of old military bunkers. This direct contrast between the natural world and the industrial machinery of mankind, combined with the album’s own contrasting moods totally blew me away, and made me really contemplate the relationship between the two. The joy of seeing green spaces and smelling the fresh flowers subsided into thoughts of the tragedy of humanity’s destruction of nature, and how we can pull back from the brink and maintain eco-diversity.

Profound experiences like these with music is what makes this role so exciting, and due to that, Blood Year jostles for a position at the top of my yearly list thanks to this, and the subsequent exceptional listens I’ve had. Favourite tracks are not easy to pick, but the dissonant guitars in “Milano” really captured me, and drove that industrialised sludge right into my brain. It isn’t anything I haven’t heard before; however, Russian Circles deliver it with such grace and wonderful production that it sound that extra bit heavier and atmospheric.

Their latest single “Kohokia” also wins major applause from this critic, and is the most similar in structure to the aforementioned Ølten – thick and growly, with ample amounts of sludge influence. I can only imagine what it’ll sound like live at ArcTanGent this year – the thick bass exudes a rich atmosphere that compliments the distorted guitar whines, and really oppresses the listener. I’m expecting it to melt the crowd. The drums in all tracks get a great amount of breathing room, and the massive slams from Dave Turncrantz make the transitions between Russian Circles light and dark sides so much more appealing.

“Sinaia” is a track you absolutely must stick with for the full seven-and-a-half minutes. It is the definition of a track that escalates, with a gritty beginning giving way to cinematic elements, before it turns into a hybrid monster of sludgy riffs and totemic guitar anthems. It almost feels like it could be the end of the album, yet I’m very glad it isn’t. “Quartered” is possibly the most savage sounding track on the album, and presents a suitable closer for such a heavy album. The riffs are absolutely huge; they’re the sort of music you want to simulate planets colliding to.

I simply have not spent enough time with their discography to rank this record, but I will say that my time with it has been thoroughly enjoyed, and I am a true convert to the Russian Circles legacy. Blood Year is special, and I really hope you all enjoy it as much as I have.