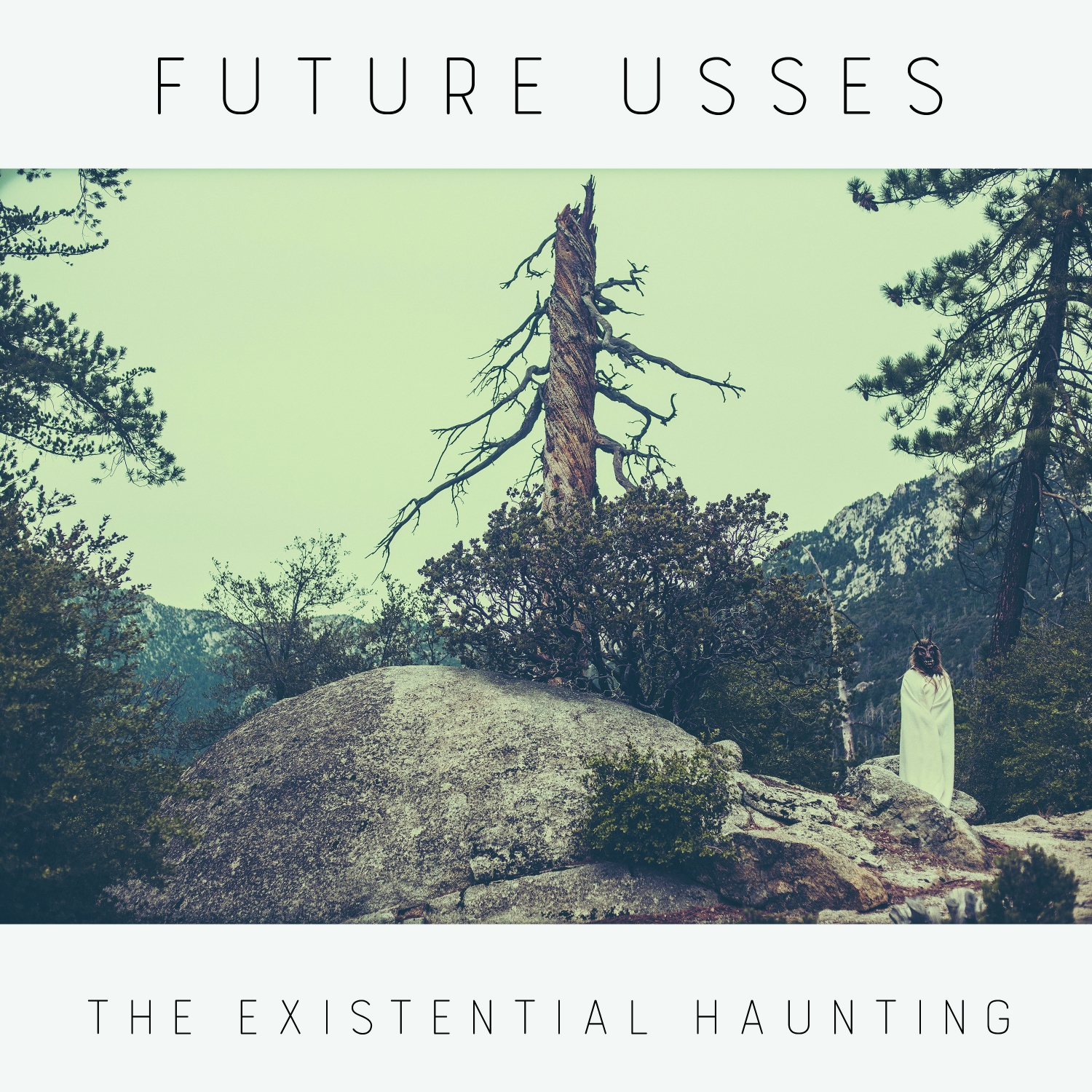 By Tim FleskesSeptember 12, 2018 No Comments

Future Usses‘ new album The Existential Haunting plays out like a fever dream of Steve Von Till joining Slowdive on guitar. It is a surreal yet organized amalgamation of fantastic atmospheric writing styles.

I love the idea of supergroups. For those who don’t know, a supergroup is a collective of individuals who are in popular or praised bands coming together to create something new and exciting through the help of their experiences and skills. Supergroups seem good in theory; bringing together talented musicians from popular acts should ideally result in awesome music. But this isn’t the case all that often. This makes me all the more proud to say that Future Usses isn’t one such project, featuring Sasha Dunable (Intronaut) on guitars, Derek Donley (ex-Bereft) on drums, and Dan Wilburn (ex-Mouth Of The Architect) on bass. Grounded post-metal aesthetics of bands like Intronaut meet the experimental vision of acts such as Cynic, and Neurosis’ industrial post-metal intermingles with Slowdive’s sense of adventure. This results in an album’s worth of fresh songs, all made with a lot of care and an eye for detail.

The Existential Haunting presents itself in five averagely five minute-long tracks. The intro isn’t counted here, as it is only eleven seconds in length. Every track opens a door to a surreal Dalí-esque fever dream cemented in roaring guitars dripping with fuzz and sludge, all while following alternative, light-footed song structures.

Starting off with the chilling (pun intended) “Absolute Zero”, my descriptor of dripping fuzz will immediately make sense to those reading this, as long trails of sawtooth wave distortion hit the listener from the get-go. The guitar that carries said distortion does so by playing single notes that create noisy yet warm feedback. A second guitar quickly joins in, not a bit less fuzzy than the first, playing a harmonic riff over the distorted rhythm. What is noticeable from the start is the tension building shortly before the riff repeats and releases pressure. To say that I was intrigued after hearing this would be an understatement, especially if you take into account that both guitars were also blessed with wonderfully sonorous chorus, delay, and reverb effects.

And then…there’s the bass. I’m always happy when I can actually hear the bass in the mix. It adds to the round feeling of a record, and offers interesting compositional choices. Here the bass takes to the foreground straight away, and I can’t help but love it. Massive overdriven bass lines stand amidst this track like monoliths of low frequencies. The guitars continue their dance under the warm umbrella the bass and drums provide them. Speaking of which, the drums fulfill their job masterfully. Hi-hats are added whenever the bass seems to numb the listener’s ears a bit, but not on every beat to avoid monotony. The most astounding thing: while this track is heavy in atmosphere and basically bursting with songwriting skill, experimentation, and ideas, it never feels like it’s overstaying its welcome or overwhelming the listener. At its core, the song’s pace always seems light-hearted, like a radio rock song.

As for the next track, we have “Making Flowers”. Once again we know exactly what we are dealing with right from the start, and it is different with a capital ‘d’. Reversed vocals give off a strange, otherworldly feel, almost demonic in nature. The guitars are a lot heavier too, forsaking modulation for pure distorted squeals and pummeling. The drums are painstakingly slow and crushing, basically slapping the listener in the face. Around the middle of the track, the guitars fade and only bass and drums remain, while a synth plays a single, constantly ringing harmony. This moment has an almost religious feel to it, like a bizarre ritual you can’t look away from. As the guitars return, the voice gets tinged with reverb and now has an organ-like chime to it. This approach makes for an awe-inspiring track with a clever usage of vocals that I have not heard this way before.

As we come to the end of this review, I can only insist that if you like rock, metal, or adventurous music in general, you have to listen to Future Usses. The experimentation on this record isn’t too far out there, but still remains complex, fresh and unique. The fantastic production courtesy of Kurt Ballou (Converge) doesn’t hurt either. The Existential Haunting has pulled me into another world, and I don’t know if I ever want to leave.