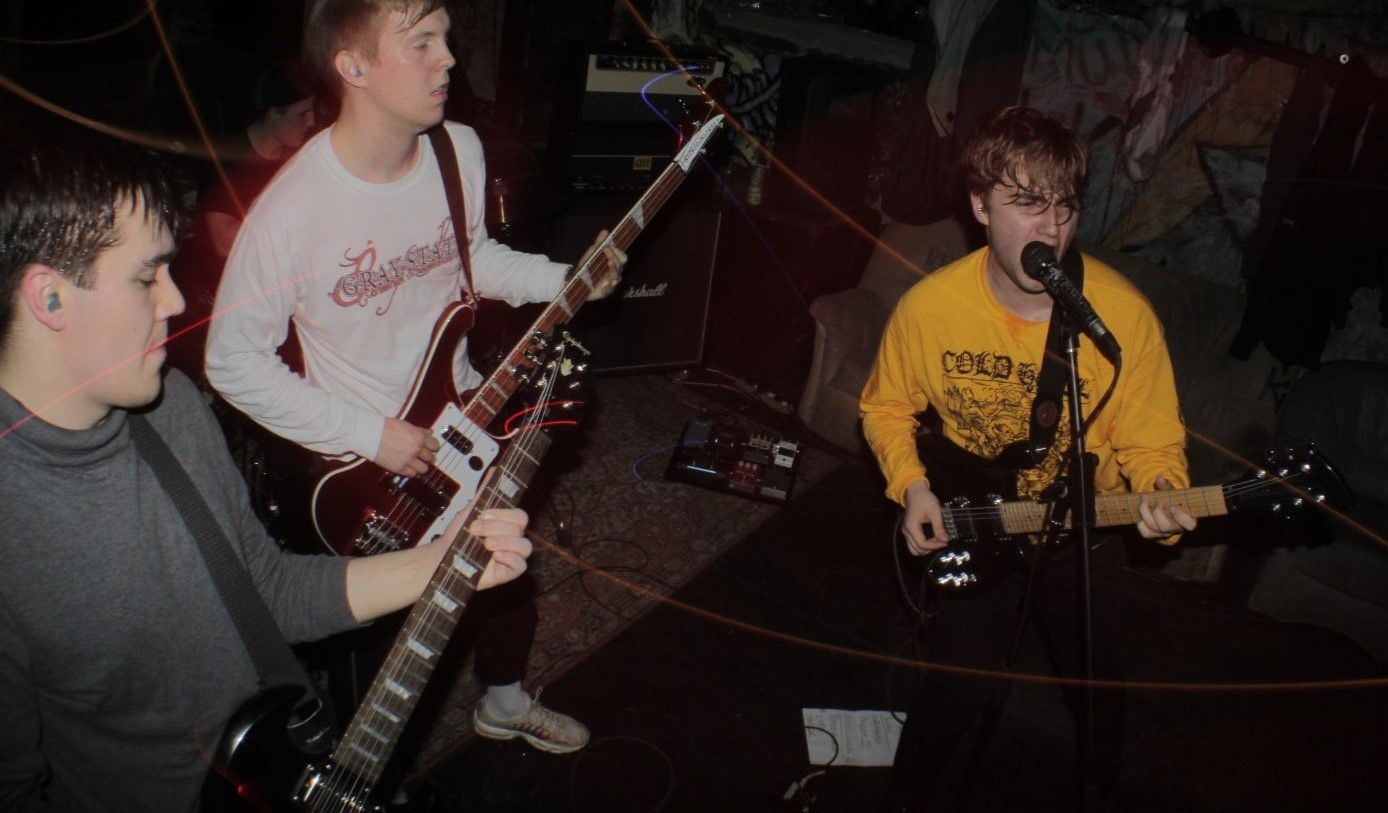 RATS WILL FEAST – “Songs Of A Racehorse”

So, you like your hardcore seasoned with black metal and served with a generous side of sludgy riffs? RATS WILL FEAST will deliver.

I like my music harsh and heavy, and I’ve been very comfortable reviewing almost exclusively metal releases as of late. That having been said, I sometimes find myself getting lost when choosing an album to review. It’s only so often I can read the genre descriptions ‘doom’, ‘post-black metal’, or ‘death metal’ anything before I lose inspiration. That’s when I become shallow, and just read the band or album names.

Songs Of A Racehorse caught my eye – or, more accurately, the band’s name did. RATS WILL FEAST. Block caps, no apologies, only an ominous vision. It’s the kind of band name I’d normally be drawn to anyway, but it just so happens that “Worms Will Feed/Rats Will Feast” is one of my favourite Converge songs. Naturally, I wondered if RATS WILL FEAST took more inspiration from Converge than just their name, and whether this would affect their sound.

What I love so much about writing for Everything Is Noise is that I get to hear so much music I never would have found otherwise, and that, more often than not, it surprises me in some way. It’s very much an ‘expect the unexpected’ kind of world musically, even just within the heavier genres. Anyone who’s heard RATS WILL FEAST before will know that I needn’t have worried about them sounding too much like Converge – sure, they’re kind of noisy and hardcore too, and they use dissonance, and there’s screaming, but the same thing can be said for hundreds of other bands who sound nothing alike, and nothing like Converge.

Songs Of A Racehorse is one thing above all else – grim with anger. While it didn’t seem overly abrasive to me initially, I realised just how crushing and harsh it was when I played it to my bandmates. While our tastes align the vast majority of the time, I do have a much higher desire for this kind of coarse dissonance, and I was reminded of this when I played them “The Forked Path”. This song is, strangely, kind of fun, even though it is gratingly dissonant, not just in terms of harmony, but also the tones chosen. It fuses the most claustrophobic, juddering parts of black metal with lopsided rhythms, maniacal lead lines, and some simple, heavy riffs. The vocals, while harsh, aren’t tortured, more exhausted. The only part of the song that could be described as ‘pleasant’ is its static, mellotron-like ending.

“Racehorse” is one of the more becoming songs on the album, opening with a fat-as-fuck sludge riff, the tone charged with sustain and fuzz. It feels apocalyptic, from the air-raid-siren lead guitar to its splintered, half-broken rhythms. Detail within this Armageddon is immense though, small outbursts where you wouldn’t expect them. And another thing I like: within all this disorder, it all feels natural, even though it’s so disjointed, in the same way The Dillinger Escape Plan or Converge’s grindier songs feel natural despite their chaos being clearly calculated. “Racehorse” ends almost before it begins, a concise, yet heavy creation.

If you’re a fan of phasers, this album is for you. Most tracks feature some instance of phasing, either on the guitar or the bass, and it’s always right up front. I’m not super into it personally, and I think RATS WILL FEAST could have toned it down, particularly on the otherwise brilliant “Jesus Mirror” – but hey, if that’s my only gripe, this is a pretty fucking good release. Aside from the slightly overindulgent use of phaser, “Jesus Mirror” is a well-constructed, well-executed, witty, and exciting track. The attention to detail on this one in particular is fabulous, and it exhibits such a range of styles, from almost sweet consonant harmony to pure violence.

Closing track “Let Your Fingers Bleed” is an experience and a half with its catchy main riff and satisfyingly quirky harmony. The vocal performance on this track is pure fury, set against a backdrop of hardcore-meets-black-metal and pummelling drums. It comes to a stop in an icy cave world of clean guitar and reverberant delays, before a simple bass line – drenched in a generous amount of phase – leads us back to our apocalyptic cityscape, complete with what sounds like warning beeps of a time bomb, and its harrowing yet expectedly abrupt demise. Its repeated ending lines ‘let your fingers bleed/let your throat shatter’ send shivers of cold delight down my spine.

I found Songs Of A Racehorse strange, because I found myself with its riffs in my head for hours afterwards, but once they left, I felt they were hard to recall. This doesn’t at all lessen its impact when listened to, though – it’s a thunderous release. If you’re partial to dissonance and darkness, this is not one you’ll want to miss.