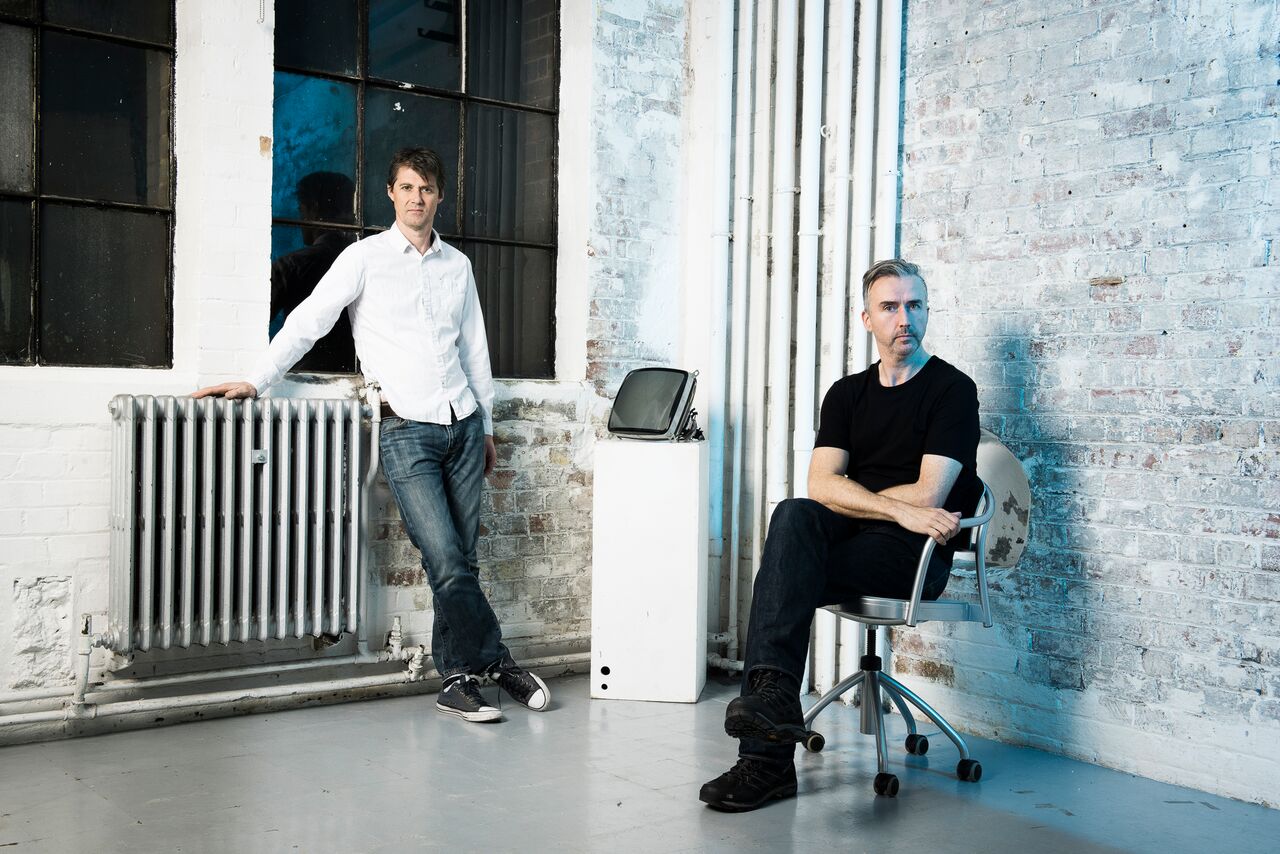 Songs of Industry and Sunshine is a joy of an album, lined with a great vocal performance, a well explored concept that doesn’t overshadow the music, and solid songwriting.

It’s hard to pin down exactly what makes Songs of Industry and Sunshine as much of a comfortable listen as it is. Maybe it’s the oddly nostalgic feel to Mark Stevenson’s vocal performance, or in how expertly the transitions flow throughout each song. It could be the rich, unencumbered tones of Ian Faragher’s guitar (even during some of the more aggressive moments), or how subtle the keys supplement the melodies at times. More than any of that, though, is it’s in the strength of the songwriting this duo put forth.

It might not be wholly apparent if your jumping in for a quick, casual listen, but Songs of Industry and Sunshine is indeed a concept album. The core ideas explored in its modest forty-two minute runtime take the album title quite literally, tackling the the impact, politics, and philosophy of an industry built on that giant ball of fire in the sky. Conceptually, Quantum Pig takes a deconstructionist approach to the themes explored. A refreshingly earnest presentation in both written lyrics and musical performance help avoid any of the ostentatious pitfalls many modern prog concepts end up rife with. What’s left is a thematic cohesion that elevates the package without taking focus away from the music itself.

While ‘progressive’ is the most apt moniker you could attach to this record, it’s in how the duo build their sound that make it different than what you might expect when you use such a genre label. The lead single, “Citizen and State”, illustrates this by having a punk-like drive alongside a notably playful and upbeat chorus. This too is a bit misleading though, as “Things” is the only other track on the record to fully share this tempo and style. Most tracks offer something unique and explore their ideas in ways that I can only describe as quaintly charming. I’ll give a few examples to explain what I mean.

The longest track on the docket, “Long Letter Home”, goes through a number of movements before reaching a crescendo in a post rock, post punk progression at the songs climax. This moment is coupled with storybook lyrics that convey a simple yet meaningful conclusion to this part of the narrative. “Keep the Nation Warm” uses lyrical dichotomies during a chorus that is melancholic yet ethereal, impactful yet relatively simple. Even the album closer, “Dirty Old Engine”, sheds much of its musical proficiency for a vocal focused endeavor that you’ll likely be singing to yourself long after it’s over. It often reminded me of how Roger Waters used simple storytelling and phrasing to convey larger themes without overshadowing its simple structures.

Speaking of Roger Waters, Stevenson’s performance shares quite a few similarities to the prolific frontman, and along with a fantastic drum performance from Craig Blundell (Steve Wilson, Frost), is one of the highlights of the record. While his range at times seems somewhat restrained, the album’s understated direction deftly complements it. I was a little taken aback by some of the choices in vocal layering during “Citizen and State”, as well as the climax in the final bridge of “The Shadows We Miss” though. These seemed like strange additions, especially when contrasted by the excellent production used near the end of “Long Letter Home”.

The best way I could sum up my time with Songs of Industry and Sunshine is by calling it a pleasant surprise. The lyrics and melodies are quite memorable, and it’s not often that you find music that’s so comfortably nostalgic upon even the first listen. That’s not to ignore the quality musicianship on display either. It honestly makes me excited at the prospect of what could come next from the pair – which surprisingly is already being worked on. Even if you weren’t quite sold on the peek into the album their lead single gave, I’d still recommend giving this record a shot to see some of the real beauty it has hidden away. There are definitely worse ways to start the year off, and Quantum Pig sets the bar high.