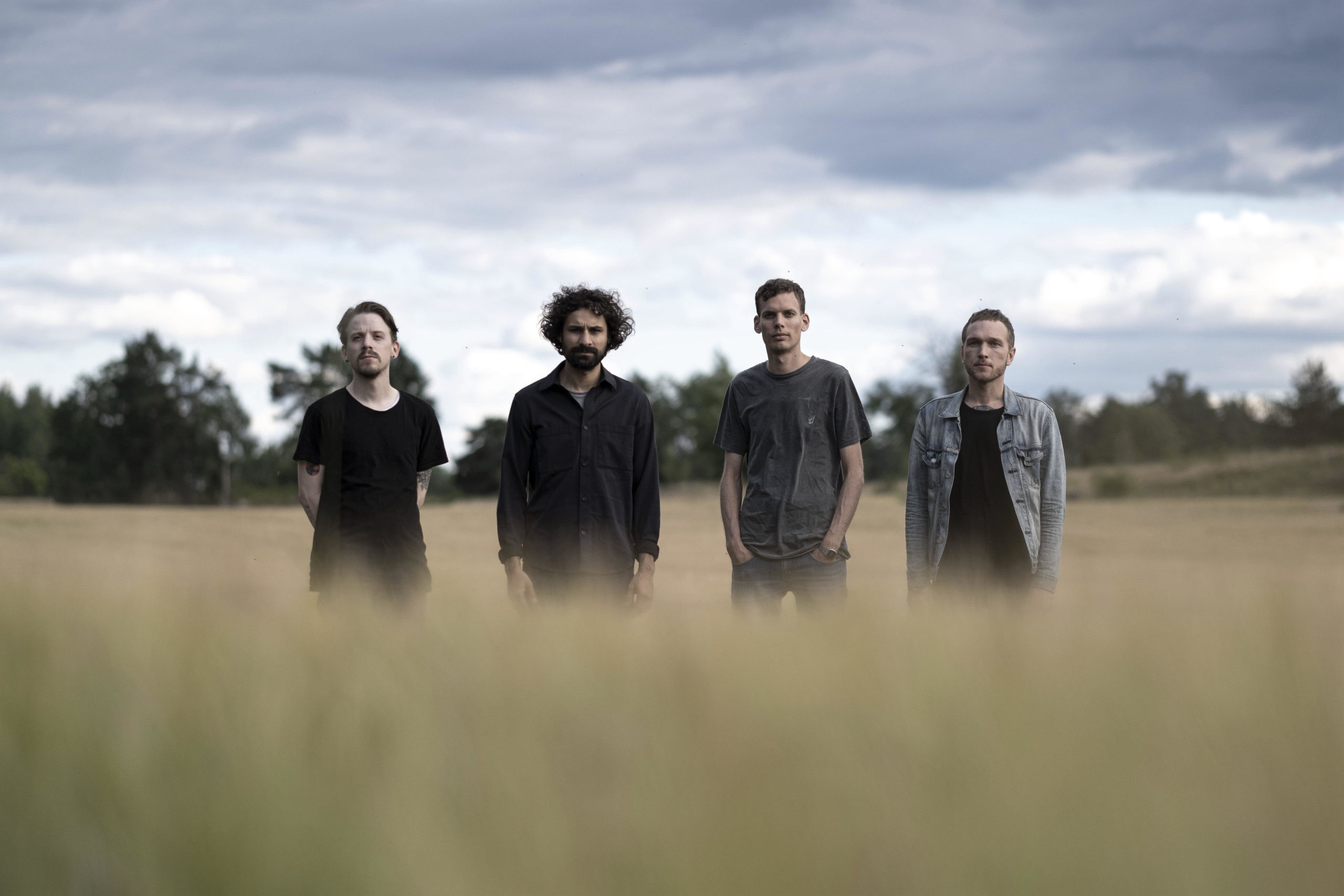 By Pete OverellNovember 20, 2020 No Comments

With the release of Oscillate, pg.lost further solidify their position at the forefront of cutting-edge post-rock with an album that captures a vast plethora of emotions through excellent songwriting.

One of the best things to result from reviewing Oscillate, the latest record from Swedish post-rock outfit pg.lost, is that I finally got around to listening to them properly. Having dipped my toes in for brief moments when researching other bands’ influences, I’d never fully got to grips with their expansive and fulfilling back catalogue until now, with Oscillate certainly standing tall amongst its peers. This record is their first full-length since 2016’s melancholic release Versus, bringing in a similar breadth of sonic capacity that leaves one reeling at the magnitude of what you’ve heard, unsure if this is indeed the same band you put on 20 minutes ago.

pg.lost are a stalwart in the Pelagic Records roster, alongside bands like Cult of Luna and The Ocean, with the band certainly picking up some of the sludgier influences of the former in some of these tracks. Oscillate has heavy moments like their previous albums, but the growl of their guitars is certainly much more ferocious in this album. I also found the atmosphere created by the band that little bit more epic than their previous albums, with crescendos that really blow you away.

The opening to the first track reminded me heavily of one of my favourite albums of last year, Persona by Lost in Kiev, a band who, on reflection, have certainly channelled the legacy of pg.lost into their music. It almost feels like a sequel to this record, with the massive drum-driven beat surrounded with similar layers of dystopian keys that slowly ascend in grandeur and resonance. However, I feel pg.lost win on the depth and intensity of their sound, not to mention how far they push the envelope of what we know to be post-rock.

Whilst you’ll notice many similar constructs from the genre and their previous records, pg.lost experiment with all manner of effects in their music, really separating their music from their peers. High-pitched, almost angelic synths are used to imbue the songs with heavenly splendour, cascading against punchy post-metal guitars in a clash of sounds that leaves you reeling. This combination shouldn’t work, but pg.lost find a way to make it spectacular.

One of the things that I really like about Oscillate is the rich embodiment of emotion that persists throughout each song. Many of them feel hopeful, which in 2020 is certainly what one needs. I mentioned earlier some dystopian tones, which one might attribute to negative emotions, yet as you navigate these eight tracks, you’ll find yourself realising the sounds of a utopia. Their sonic landscapes paint a brighter future than the one we face now, something really comforting in this very protracted and dull year.

Does it get samey? Yes. Post-rock always does, no matter the band, but I feel pg.lost hook you back in more than most. Either with a growling bassline, wild drumbeat or startling synth layer, the Swedes will have your attention. In the middle of “Eraser”, one of the later tracks on the album, the band smartly switch up from a droney post-rock intro into a choppy section that is great to headbang to, as the sludgy bass snarls underneath, snapping your attention into this great track.

One of the reasons the switches hit so hard is because of something I briefly mentioned earlier – the mix. In headphones and speakers it feels rich and powerful, certainly a worthy addition alongside the likes of other bands on Pelagic‘s roster, and a testament to the production team’s work. I solidly recommend you do yourself a favour and get your ears around Oscillate this autumn; it is not one to be missed!