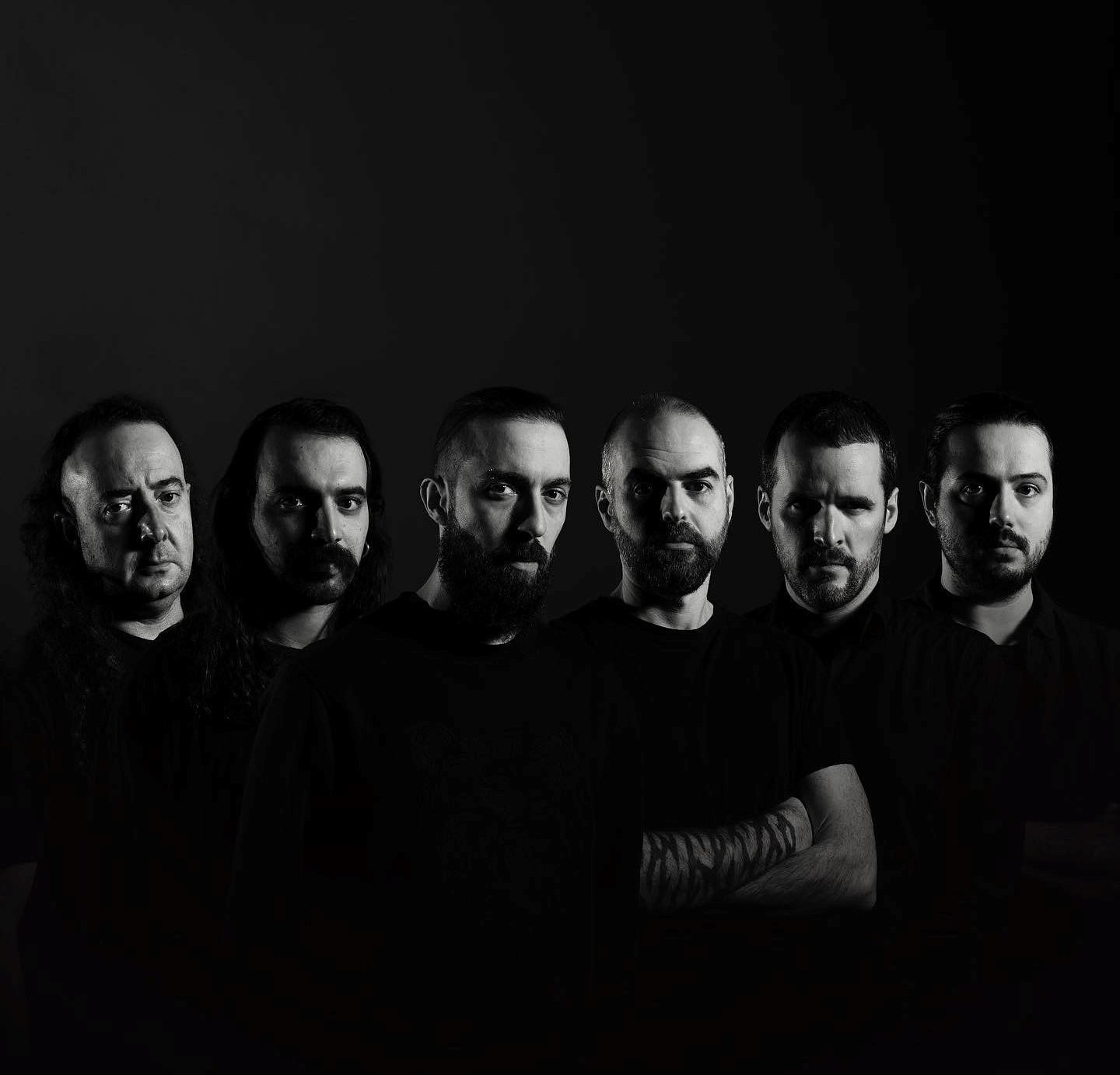 By JP PallaisFebruary 1, 2022 No Comments

To absolutely no one’s surprise, Persefone‘s latest offering is nothing short of pure magic.

I’d wager it is quite likely you clicked on this review just to ease your concern on whether the new Persefone record is good or not. The question shouldn’t be whether it is good or bad, but rather how breathtaking the album actually is. Keep in mind that this is Persefone we’re talking about – writing bad songs/albums isn’t in their musical vocabulary. Given the extremely high-caliber quality music that this special group consistently releases, you can rest assured that this new effort is yet another divine musical voyage, and spoiler alert: it is. This record truly is as monolithic as the one depicted on the album cover. If all else goes wrong in this new year, at least we have Persefone to make things better.

A new record from this group has been long overdue, but the wait has finally paid off, as metanoia truly is something magnificent. One could even call it the spiritual successor to Spiritual Migration, especially considering the fact that metanoia continues the “Consciousness” instrumental suite that originated on the aforementioned album. It couldn’t be any clearer that metanoia shows Persefone continuing on the sonic trajectory that they’ve pioneered with their masterful brand of progressive death metal with subtle power metal infusions. Not only that, but this new record complements both Spiritual Migration and Aathma in such a way that it feels like a natural successor to each album separately, while still pushing the momentum forward.

Although their latest full release, Aathma, was slightly bloated with musical over-indulgences in the form of overly excessive shred fests and drawn-out atmospheric passages compared to those on Spiritual Migration, metanoia comes and restores that balance, making for a compact yet appropriately dense follow-up. Don’t get me wrong, Aathma is still a powerhouse in expert-level songwriting and instrumental proficiency compared to basically every other band out there, but it just didn’t have the same impact as Spiritual Migration did. This is the part when I say that metanoia ‘fixes’ that particular issue, because this album has me feeling things I wish I could accurately describe but fail to put to words.

There is never a moment here in which the music here feels like too much, nor do the slower, airy parts feel stretched out and overly dull, which is what slightly held back Aathma from being on a totally higher level, although I’ll reiterate again that it really wasn’t that big of an issue at all; it is just a teeny nitpick. With that being said, everything here feels just right, resulting in a succinct yet transcendental musical experience that checks every single box on my hypothetical new album wish-list from Persefone. Really, metanoia is everything that I wanted and then some. It isn’t just their legendary masterpiece of an album (Spiritual Migration) that metanoia springboards from.

As soon as the prelude track opens up the album with Einar Solberg’s (Leprous) utterly serene and iconic vocals, I felt an overwhelming surge of peace and relaxation consume me. My body was about to experience a new album from Persefone for the first time, and that isn’t something I take lightly; I was ready to embrace it all with an open heart. With this brief prelude setting the stage for what is to come, I could feel all the way deep down to my bones that metanoia was going to be absolutely divine. As this short and sweet opening segment starts to fade out, you’re left with a subtle electronic motif that foreshadows the blistering riff that immediately follows with “Katabasis”, leaving you with musical whiplash. Once that furiously gorgeous track kicks off, you’re in the thick of it, and there’s no stopping until you find yourself at the end of this marvelous record.

One thing that I absolutely adore about prog metal like this is when these larger-than-life records contain repeated motifs or references to previous material. It makes these works of art feel as if they’re part of something greater in how their music comes full circle, as it shows the band reflecting on where they’ve been all while still pushing onward. In the case of metanoia, we have the continuation of “Consciousness” (I am not sure if it is a finale or not, although it very well could be) as I mentioned earlier. This epic of an instrumental track is one of the standout pieces on the record, boasting massively grandiose instrumentation that truly makes me feel as if I’m undergoing a conscious manifestation. As this track beautifully closes out with the familiar sound of the main riff to “Flying Sea Dragons”, I am gently brought back to reality so that I can then experience the following awe-inducing “Anabasis” suite as was intended.

I briefly mentioned earlier that metanoia feels like a proper successor to Aathma in addition to being one to Spiritual Migration. Not only does this album chronologically follow up Aathma, but in “Aware of Being Watched” and “Anabasis Part II”, you’ll hear a familiar angelic voice, courtesy of Merethe Soltvedt, adding another heavenly vocal texture to the serene soundscapes. She previously worked with Persefone by providing her lovely voice on “Aathma Part IV. …Many of One”, so hearing her parts here on metanoia was a most welcome treat indeed.

Consistent with their discography, metanoia is as intense as it is liberating. Persefone’s collective expert musicianship is worn proudly, but not in a pretentious way either, as one would expect. Their latest effort is an absolute whirlwind of lighting-speed melodies, exquisitely complimented by the numerous atmospheric sections that are as gorgeous as they are colossal and otherworldly. It is beyond satisfying how metanoia ebbs and flows between unrivaled instrumental technicality and some of the gentlest musical textures you’ll hear all year, making for a remarkable voyage into the great unknown.