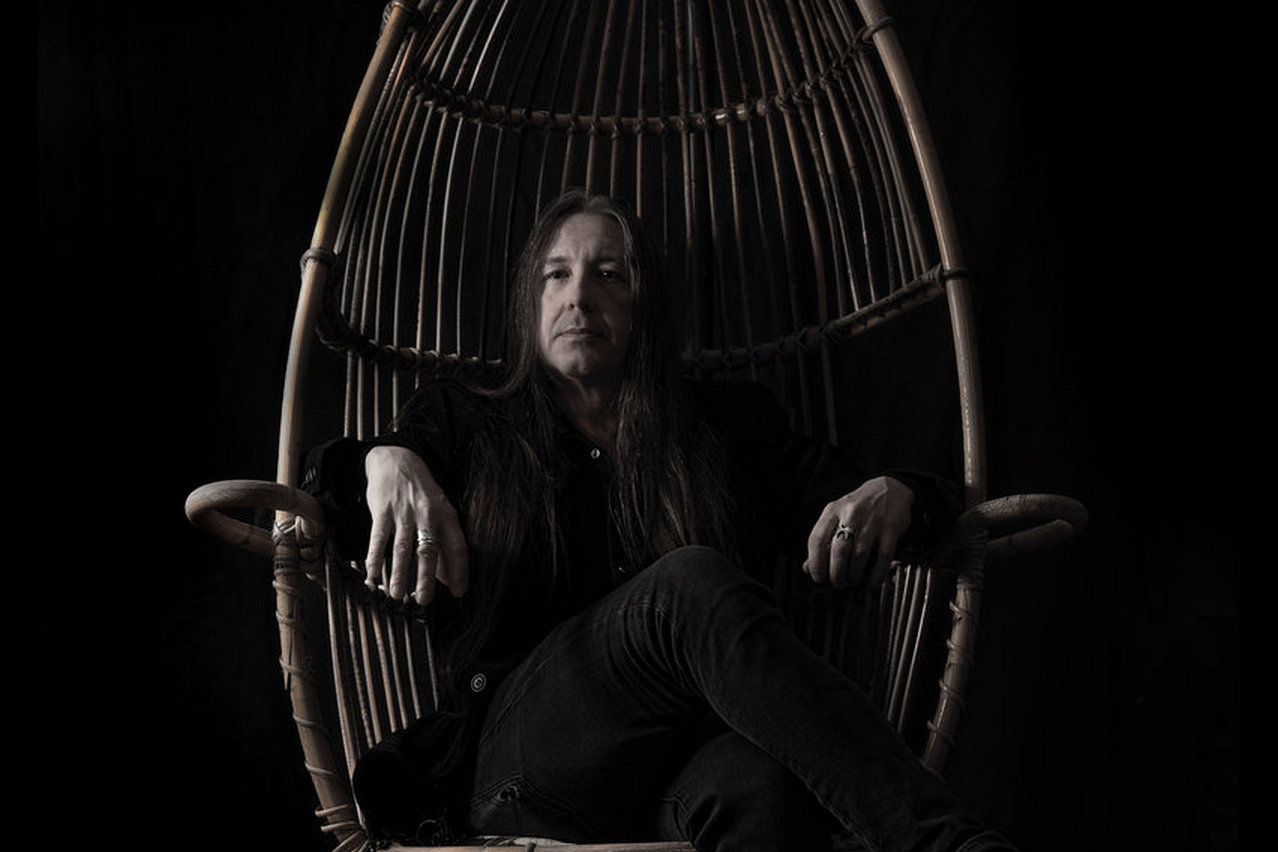 Per Wiberg – “Head Without Eyes”

After having made a name for himself with some of the major bands around, Per Wiberg finally lays down his own material. And boy is it a solid hunk of genuine music.

Ex-Opeth and current Spiritual Beggars’ keyboardist, multi-instrumentalist and singer Per Wiberg has gathered all of his longtime experience to come out with a strong solo debut, Head Without Eyes. It is truly his own feat, given that he sings and plays everything himself, except the drums divided between Karl Daniel Lidén and Lars Sköld and one accompanying guest vocalist.

The result is quite raw indeed, it is the kind of experimental desert/doom extending all the way to some truly industrial electronic noises. And it shouldn’t really be surprising that instead of guitars, we are greeted with a piano and actual organ right off the bat. But we do get the serving of truly fuzzy guitars chugging away, too (“Anywhere the Blood Flows”).

What we get here is a truly dense, bass-heavy sound with that sweet blurry “retro” EQ treatment. On the other hand, it does obscure the vocal tracks under the heavy mix a bit at times. Speaking of vocals, guest vocalist Billie Lindahl lends her skills on three tracks, creating an eerie contrast to the serious, masculine Wiberg with her tender, child-like, and also a bit chokey lilt. It might need getting used to for some, but after a certain number of listens, her involvement begins to make more and more sense.

This genre is built on the effect of repetition, which might sometimes get unbearable. But is it the case with Wiberg’s record as well? Not exactly. While the songs do feature rather simple hooks and riffs and surely would benefit from more variation within the tracks themselves, it is certainly not mindless riffing either. Individual tracks are well thought-out and quite varied between each other.

Head Without Eyes is music for the twilight hour, the jet black cutout-like silhouette of a distant mountain range against faint purple tint, the wind in your hair, a vehicle of your choice on a desert highway and the distinct warm smell of colitas rising up through the air… Or at least, I imagine it so. This mental picture might as well be distorted by my Central-European lack of motorbikes, cacti, and desert roads to test this theory on and really try to touch the essence of Wiberg’s music: dark, true to the bone, and (just like the shadows at night) deliberately disorienting at times. Feel free to verify this claim on your own, following the instructions above.

Some of the literally dark lyrics offer another layer of surreal meaning to this intense – and intensely atmospheric – music. Take for example the phrase illuminating the problem of having a head without eyes: ‘I don’t trust the light anymore/Darkness made me blind’, a sadly candid rejection of what should be perceived as truth ever since Plato’s allegory of the cave. But not all shadows are illusions and humans have known forever that night amplifies energies and holds the key to many mysteries. What, then, is even worth trusting? Wiberg gives less than definite answers, but seems to point at important doors, leaving ourselves to the task of opening them and realizing whatever lies beyond. But beware! ‘Getting used to stare into the void/Days disappear in a haze’ suddenly becomes a real warning: as we know, staring into the abyss too long means the abyss might begin to stare back at us. Thankfully though, the songs on Head Without Eyes are concise enough not to leave us caught in the void. Especially “Fader”’s long instrumental outro acts like a gradual bridge back to the corporeal world.

Quite a ride, whether you blast it on your car stereo or enjoy the haunting tales of dark places on good headphones with some Scotch at hand. This head Wiberg sings of might lack some eyes, however, we can quite easily see his first solo album is nothing self-indulgent or overpolished, but a genuine slab of solid music.