Pale Honey‘s newest release, Some Time, Alone, is a compilation of pop-rock tunes with addictive beats and vocals. The Swedish trio complements soft ballads with garage punk-rock to create an absolute banger of an album.

Pale Honey mixes grunge with sophistication to create an impactful sound on their newest release, Some Time, Alone. The Swedish band is an indie rock trio comprised of guitarist Tuva Lodmark, drummer Nelly Daltrey, and recent addition Anders Lagerfors on synth and bass. Focusing on creating fun beats and meaningful lyrics, their songs all have a spark like no other. Out since November 6, Some Time, Alone is their third album and their best one for sure. Pale Honey has a super-solid sound that they have made their own and it shows.

Some Time, Alone is a compilation of punk-influenced pop-rock songs written over three years. It includes catchy tunes like “Treat You Good”, eerie grunge-style songs such as “Killer Scene”, and a more mellow ballad called “3 AM”.  Pale Honey’s sound is addictive and this album demonstrates it well. If the infectious beat introduced in the first few seconds of the album somehow does not get you hooked, the second track will not fail to do so.

I think the artwork for Some Time, Alone is also worth mentioning. Given that most people see the art before hearing the record, it is so important to make sure it reflects the sound. The design for this album, which is shown below, does exactly that. It’s an angel-like figure flying in the night sky while holding a sword, but with a very edgy look to it all. The solid colours really make it pop against the black background. Complementing these visuals are the four singles that were released prior to the album’s release. They each have different art, but a similar vibe musically. Each also has a person with heavy makeup, again using solid colours with a grunge feel. They give a very accurate sense of the release and match each song really well. 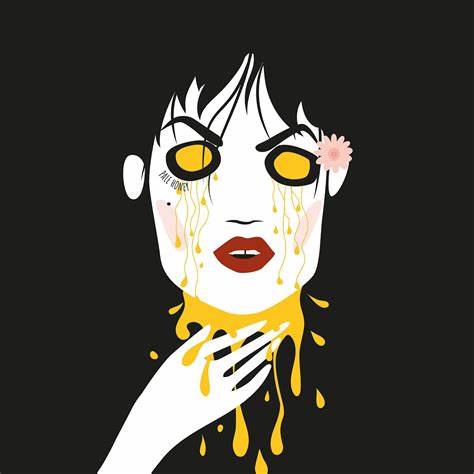 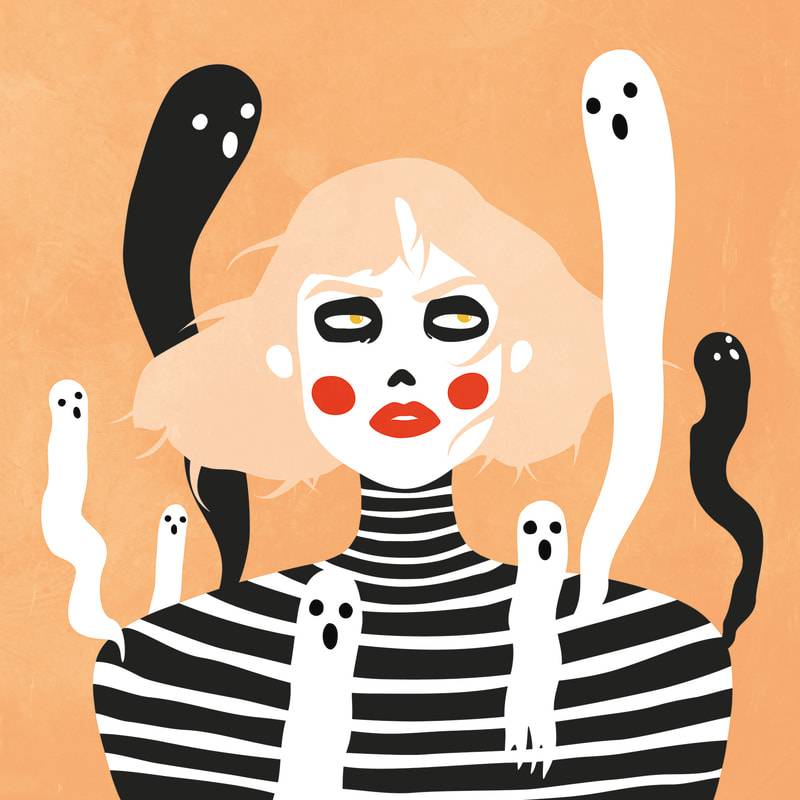 Pale Honey’s beats are a masterpiece of their own. The songs “Beat Me” and “Set me Free” both have unique beats that are terrifically fun to listen to. The slower of the two, “Beat Me”, is very subtle and lets the vocals and keys shine. It lays a solid foundation that adds a little flavour when needed. “Set me Free” is a strong dance beat and perks you right up the second it starts playing, once again just adding some tasteful power behind the nice vocals – it does not override or suppress.

I absolutely love the second track, “Treat You Good”. I would go so far as to say it is the best track on the album. It has everything you need: nostalgia, a super-solid groove, some soft garage rock, a tambourine, and relatable lyrics. The synth and vocal melody line remind me of “Dreams” by The Cranberries, which can also be said about Pale Honey‘s sound in general. They have a similar, catchy pop-rock sound that leaves you feeling very satisfied.

I also really enjoy “Bad Thing”, which is more laid back. It has a fun guitar riff that slowly builds throughout the song as if the track is creeping up on you. The entire track has the vibe of something crawling around, which is eerie in all the right ways. The chorus explodes from the quieter verse and takes on a full garage grunge sound. Mimicking the sound, the lyrics talk about being too soft and feeling numb, but then launch into leaving the bad thing behind. It’s a really interesting song that deserves lots of attention.

I think everything on this album complements each other incredibly. Lodmark’s voice is soft and bright, which stands out on their more punk-style songs, and is really nice to listen to on their slower tracks. The lyrics she sings are all quite interesting and seem to come from her heart. I quite enjoy the synth and guitar lines they write, as they are all so tasteful and fun to listen to, which adds so much to the album. These parts are placed with lots of precision, laying on top of the drums perfectly, while also letting the vocals shine through. Underneath all of this wonderful sound is the percussion, which as I mentioned before, is awesome. I’m not even going to say anything more about it. You just need to listen to the album. Pale Honey has done an incredible job with Some Time, Alone and has really locked down their sound. I am excited to hear what they come up with next and will be sure to follow along as they continue to release more.