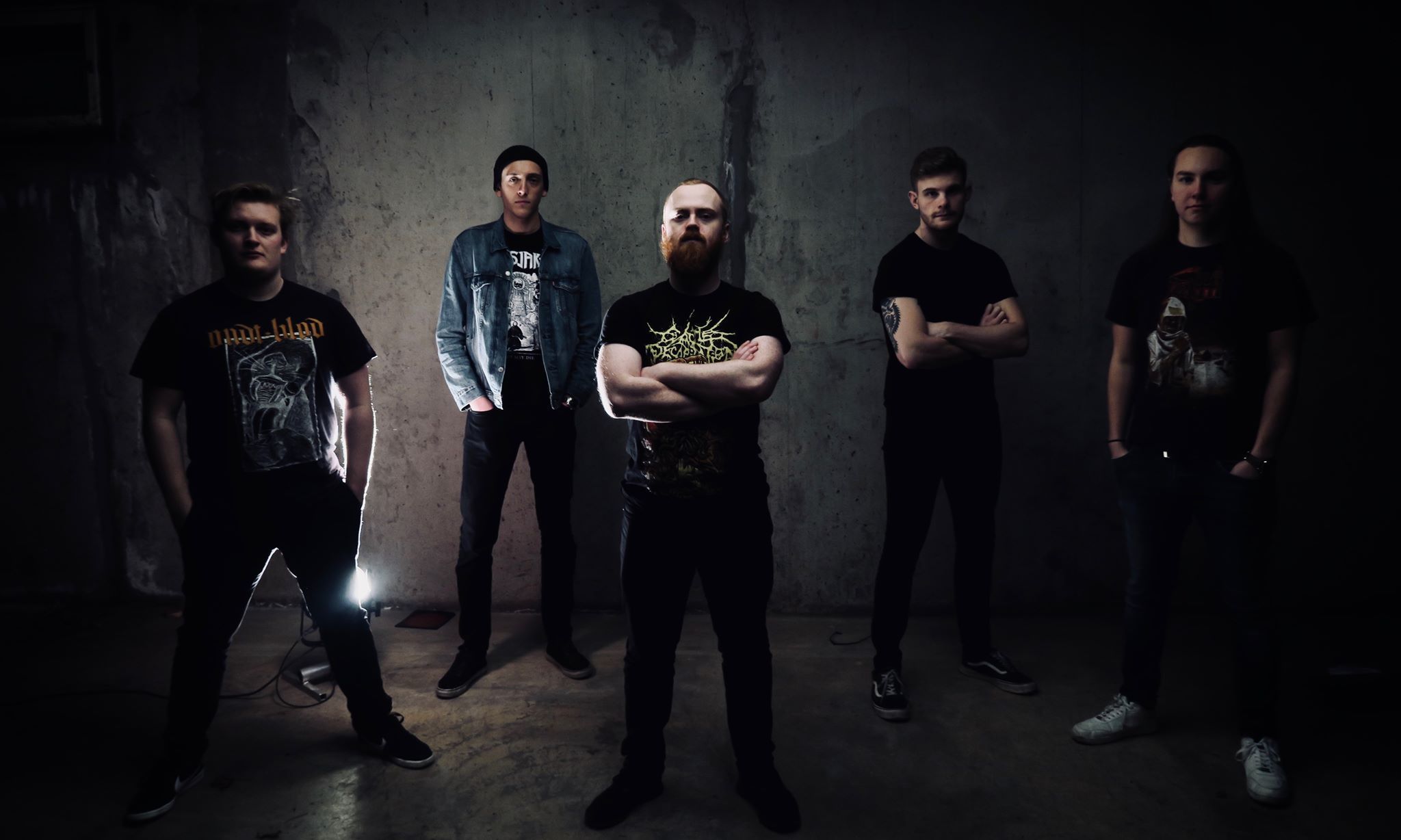 Norwegian five-piece Ormskrik have created a debut album that is as exciting as it is heavy, blending thrash-, black-, and death metal.

Today is a good day for some riffs. I mean, when is it not? But today is special – today, I am pleased to be able to share my thoughts on Ormskrik‘s new, self-titled debut, and let me tell you: what this Norwegian five-headed beast has created is pretty clever. I like my metal the way I like my burgers: big, fresh, and packed full of juicy stuff, with a variety of textures and plenty of kick; so delicious I’m sad when it’s all gone, but ultimately, extremely satisfying. I’m not sure if that analogy makes sense to anyone else, but I honestly couldn’t stop thinking of Ormskrik as a burger that was made exactly to my taste.

Ormskrik sound like Metallica, if they were a Norwegian band in the 1990s and became part of the second wave of black metal. Stylistically, the songs are structurally more sound than black metal, with riffs that are harmonically richer than thrash, and not as complex as death metal; in short, a perfect overlapping in the Venn diagram of these genres. Bold riffs give way to palm-muted gallops, tremolo-picked minor chord progressions, and, very occasionally, beautiful acoustic interludes. The influence of doom can be felt frequently too, but with only very little of the deterring cheese of this style. Enough about genre labels – let’s get to the songs themselves.

Album opener “Occultness” kicks straight in with a chunky riff and ruthless bass tone. After its very death-doomy intro, this song is definitely one of the more classically black metal numbers on Ormskrik, the bass playing reminiscent of Mayhem, the chord changes satisfying, though not surprising, and the drums furious. It just has nice classic black metal lead lines over nice classic black metal chords. The vocals are a slight point of difference: they are black metal, but stray towards lower growls rather than shrieking. “Occultness” is bookended by less black metal sections, keeping it interesting and refreshing.

“Descend to Madness” almost inverts this formula, starting with a black metal chord progression that made my eyebrows raise, but its verses are substantially more thrash, with lots of palm muting on open strings. It returns firmly to black metal with a tremolo-picked, blast beat-driven, evil lead line-fuelled chorus. After the second of these, we get presented with a wah-drenched solo (as I said: if Metallica’s Kirk Hammett was a black metal musician) that gives way to a second, less effect-heavy solo. “Descend to Madness” becomes gentle and spacious; acoustic guitars create a delightful mourning texture, before the addictive chorus returns. Finally, the song commits to a chromatic chugger of a riff and ends, abruptly and unapologetically.

Even though a lot of the songs on Ormskrik are stylistically similar, they don’t blend together for me. I find it very easy to remember which section belongs to which song, something I sometimes struggle with. One of the catchiest songs on the album, “Deathwind”, is also quite possibly one of the more rhythmically complex. It starts with a seemingly simple riff in 4, but a lopsided tail end throws it out of its rotation, and that brings a smile to my face. Its chorus is almost triumphant, uplifting, the pre-choruses sprinkled with a layer of acoustic guitars, before it ends with a series of semi-breakdowns, one of which is in 7. Pretty damn cool if you ask me.

Ormskrik’s half-way point is marked by the gorgeous acoustic interlude “Vegen Til”, which transitions into the thunderous “Helheim”. Black metal, trash, and death metal collide in a delightful way on this track, forming a sizzling wall of sonic excitement. The moments of black metal on this track feel more modern; familiar, but new enough. Ormskrik chase us through the relentless thrash riffing of “The Morbid Arrives” and the head-bopping compound time signatures of “Hecatomb” to the deeply strange and catchy first half of “Eye for an Eye”. Just when I thought I knew how the album would end, the band smothered me in the gorgeous, warm, comforting blanket that is the extended ending section of “Eye for an Eye”. The harmony here is simple, but rich, supporting a loving solo that still makes the hairs on my arms stand up, and some wonderfully melodic bass playing. It’s almost triumphant, verging on grandiose, but the final chord is firmly grounded in melancholy. To drive home this mournful longing, Ormskrik ends with the same section reimagined on acoustic guitars, tender and sweet.

What I love so much about this album is that at the end of every track, I feel deeply satisfied, with an appreciative frown on my face and a ‘fuck yeah’ in my mind. It doesn’t leave me wanting; it just gives me everything I desire. Ormskrik don’t ever beat around the bush – they get straight to the point, but with meticulous attention to detail. I knew halfway through hearing this album for the first time that I was going to fall in love with it, and that it would feel much shorter than it actually is. Ormskrik isn’t groundbreaking or mindblowing, it’s just a fucking great album, tight from top to bottom, and I’m excited about it. What a privilege to be alive at the time this came to be.