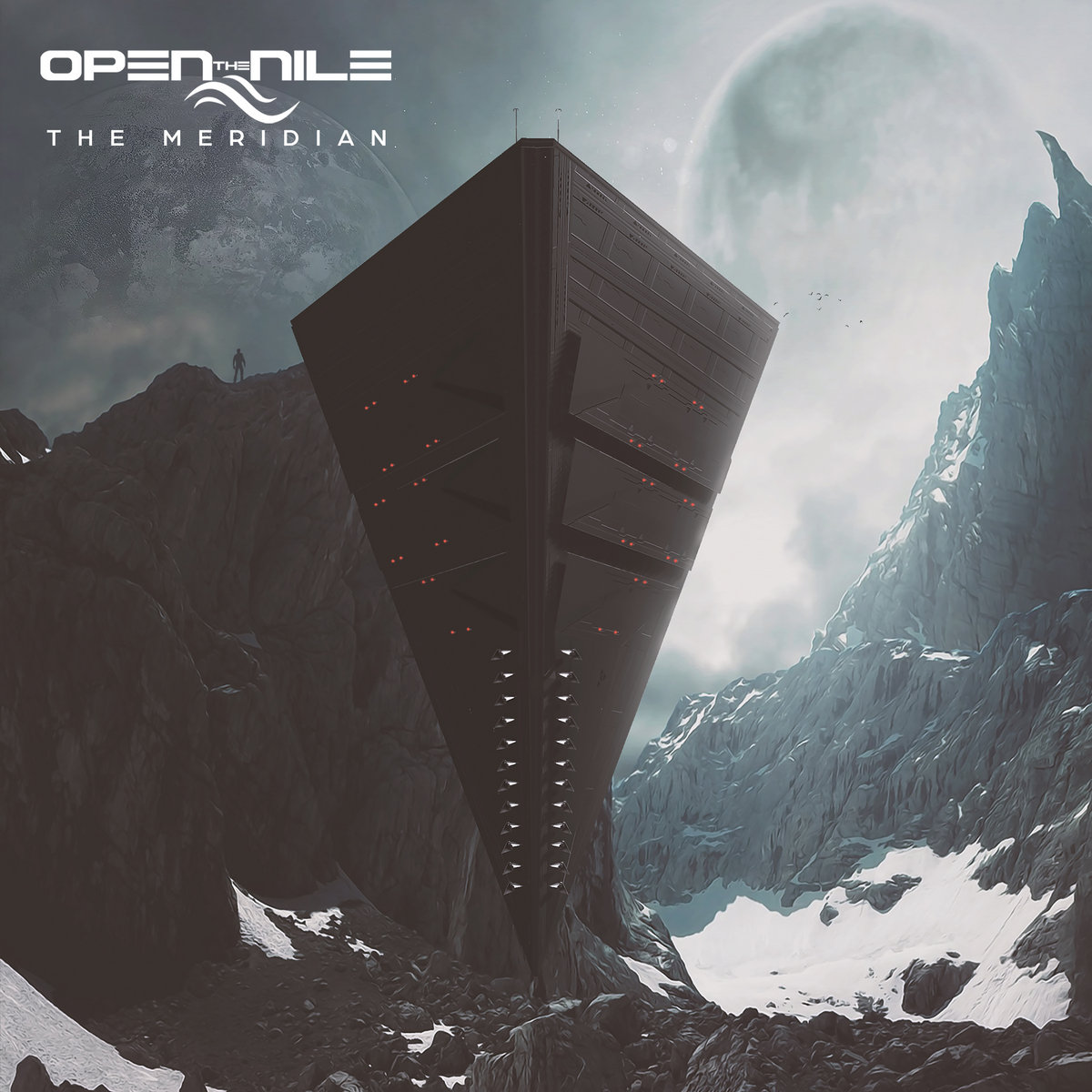 Open The Nile – “The Meridian”

Open The Nile blast out some seriously good tunes on Meridian. If you’re looking for some proper sci-fi-themed progressive death metal, you’ve come to the right place.

Open The Nile is a progressive death metal band hailing from New York and just recently they released their fourth album. The record is titled Meridian, and it’s quite a big step forward from previous material; I mean that in every possible way, too. Open The Nile is comprised of Jorge Coronel handling the lead vocals (growls and screams), Hikaru Takeyama on bass, Cordy Maran behind the drum kit, and Craig Storer on guitar, keyboard, and clean vocals.

Meridian clocks in at a modest thirty-one minutes, but believe me when I say that every moment of it is packed to the absolute brim with action. One extra note anywhere would most likely make it too much. In spite of its density, there is more than plenty of contrast offered in the way of sonic weight. A great example of this is how nicely “Laniakea’s Murmur” drops right after “Hawking Radiation”, tempering the relentless pummeling with a soothing ambiance. That’s just one instance, though – the whole album is comprised of such styles of contrast which gives it a very sweet and deep dynamic that makes for a highly engaging listen.

I also find it noteworthy that with so much going on, the narrative thread of the album doesn’t feel torn or haphazard. It seems to have a well-defined flow that manages to find its pace along the different stylings with ease. Speaking of style, I won’t spoil this one with too many details, but get ready for everything you can find between crushing riffs and soft acoustic melodies. I think it’s also a great show of songwriting prowess that so many styles are crammed in such a small space without having the whole mix fall into kitsch or some form of derivative excess. The performance aspect feels top-shelf as well; everyone seems to wield more than a fair amount of technical prowess. Bonus points for the growls and shrieks on “DNA Hacker” – that’s some nigh shiver-inducing delivery!

I would, however, in spite of all the aforementioned strengths, argue that the production isn’t exactly flawless. Sure, all the instruments sound great, all the effects scattered about are nicely put in stage, but I can’t help but feel that sometimes things get a little buried when there are many layers unfolding at once. I would also like to note that there’s a certain warmth that I feel is missing from the present tones. It feels like the tonalities are a tad too sterile or clinical, so to say. I know I’m being seriously nitpicky about this, but I can’t help it, since there’s only so little holding me back from calling this a nigh-on perfect album – especially considering previous works.

Open The Nile aren’t pushing the boundaries of the genre in any particular way (yet), but they may as well be on their way there. Meridian is a very solid piece of work that is sure to be an enjoyable trip, and not only for fans of the genre. Now you should go and listen to this record, because it’s definitely worth it!