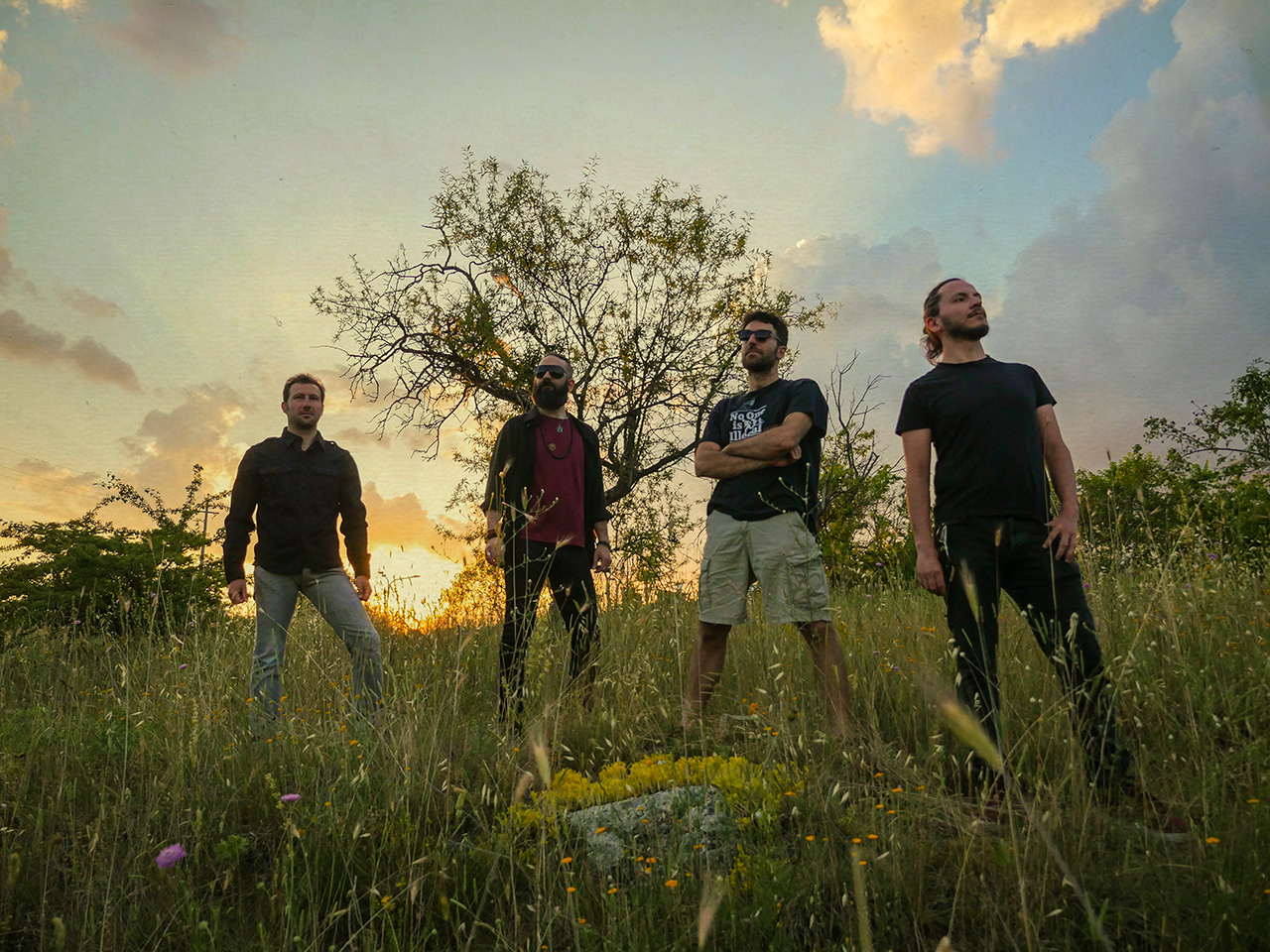 There’s something about 60s music that’s always made me associate it with the summertime.

Perhaps it’s because in my youth, throwback radio regularly played tunes from that era. Or maybe the reverb-drenched sounds of surf music from that decade have become synonymous with sunny frivolities and good times. In any case, I often find myself reaching for 60s playlists, or for some of the quality throwback acts out there such as La Luz or Tess Parks whenever the summer sun starts to shine its light. As fortune would have it, I was recently introduced to another great band for my summertime list in the form of Italy’s The Whirlings, who dabble in 60s psychedelia, surf, and more modern post-rock sounds, and whose music video for their track “Vacuum” off of their latest album Earthshine we are pleased to be premiering for you today!

It’s a cinematic video befitting the promise of summer. In keeping with the psychedelic themes, effects are used generously, but with a subtle touch. The visuals unroll in a manner that isn’t quite slow motion; just a slight drag that feels synced to the reverb-drenched music – dousing the whole thing in an understated, iridescent sheen. Never overwhelming you with visual trickery or cliche, The Whirlings rely on tasteful bending of reality to disorient, and take you to another world. You can watch video below:

Presiding over everything is the red-hooded figure of featured vocalist Vera Claps whose dominant presence recurs throughout the video, accented with a variety of reality-warping effects. Binding her sequences together is a hypnotizing emphasis on reflections, be it off the surface of the lake, off the bodies of the guitars, or off the rims of the drums. This gentle emphasis offsets the more erratic and uncomfortable shots, keeping the atmosphere fluid and immersive. The track itself is my perfect summer tune. All the instruments sit together in the mix beautifully, the reverb is 60s nostalgia perfection, and there’s enough fuzz and snappy snare tones infused into the auditory potion to give it a modern, urgent rock n’roll edge. Meanwhile, Vera Claps’s melodies give the track a slightly spooky arcane hook, while never dominating the music.

It’s the smaller details – like how only the face of Vera Claps and not the band members is revealed in full – that give the video a greater depth than most other ‘trippy’ music videos out there. The experience made me yearn for summer freedom in this time of social distancing more than ever. Once I’m out in nature again, I’ll definitely be jamming this track.

Be sure to check out Earthshine in full over at Bandcamp for some excellent 60s inspired psychedelia. You can also check out The Whirlings over at Facebook or Subsound Records for more insights into the album and the band, and to keep up with future news, releases, and other developments.