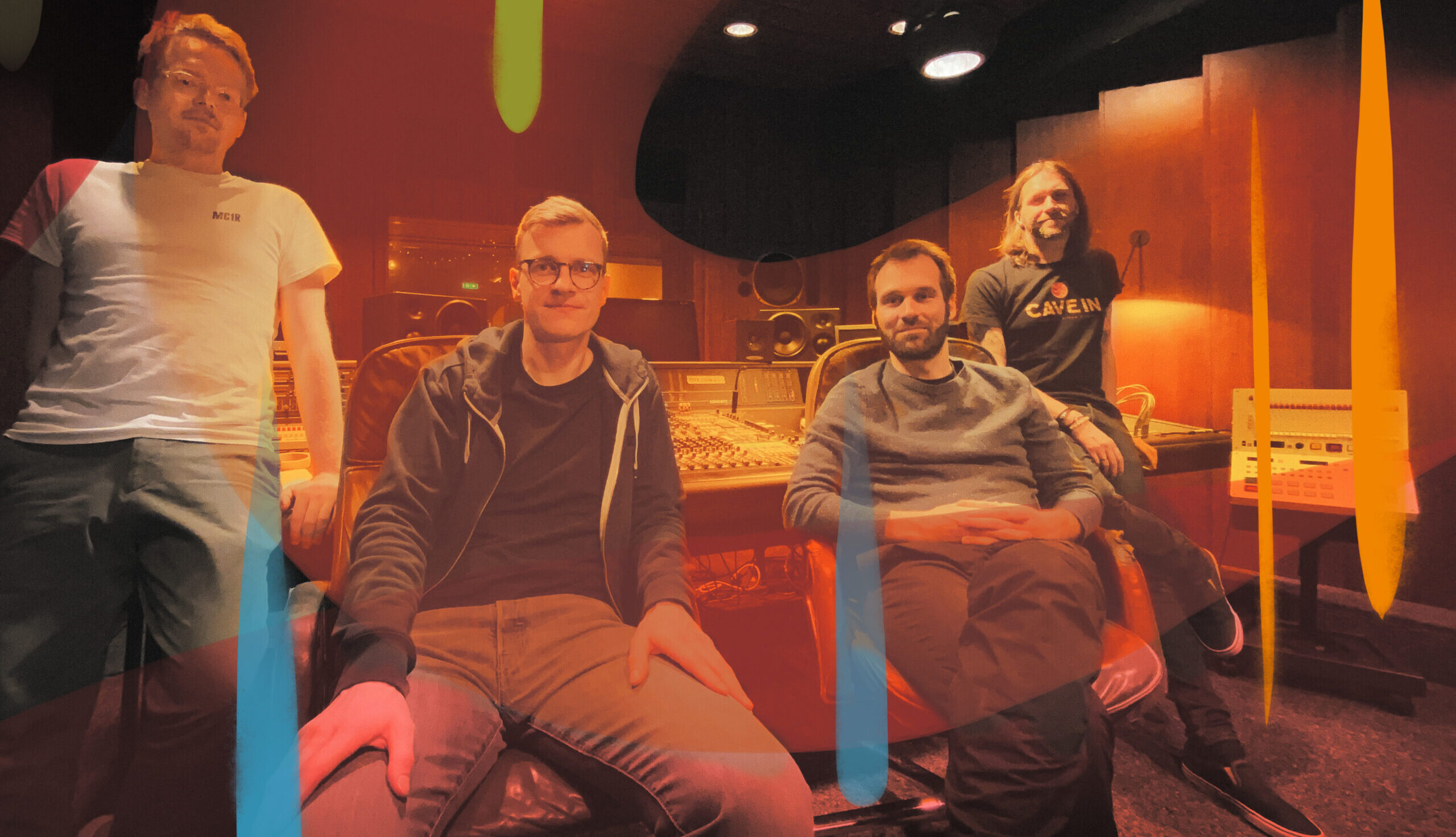 OK WAIT merge the epic with the atmospheric through five lengthy and gripping compositions on exciting debut Well.

There is something to be said for a clean slate, an airbrushing of what has been so that fresh ideas can come to the fore. Whether it be a new year and a promise to yourself to break or change old habits, a new job, or a move to a new area, it can be wholly refreshing to make these changes both little and large. Such is the case for Hamburg four-piece OK WAIT. With the dissolution of previous band Sonic Black Holes, guitarists Christoph Härtwig and Michael Jahn, along with the rhythm section of Florian Zeh and Lutz Möllmann, wasted no time in wiping the slate clean and putting together new project OK WAIT. Having utilised lockdowns to write and record, the band are now ready to release debut album Well via Golden Antenna Records.

One of the first things that stands out when listening to Well is the production, its success being all the more impressive when you learn that most parts were recorded and produced in the members’ homes. From the outset, it is clear the time and effort that has been put into the writing of this record, so it is only right that the same be applied to its sound. Kudos to Härtwig for the mixing, and mastering engineer Magnus Lindberg in that regard, for ensuring we can fully appreciate the craft of OK WAIT throughout Well.

Well is opened by the longest track of the record. Clocking in at just over 15 minutes, “Wait” whets the appetite nicely for what is to come. An atmospheric opening, punctuated by a gently strummed classical guitar, gives way to pounding drum and bass that push the track throughout. The guitars provide continuity here to the ever-changing rhythm section, with gentle melodic lines complemented by driven chords. As the track transitions to a more free-flowing passage, we start to see why the accompanying press release states that this album ‘cannot clearly be categorized as post-rock‘. Another quick transition with a droning guitar leads us into the most upbeat/feel-good part of the album, the dual guitars working in unison with a mix of melody and noise.

It is noise that ends “Wait” and takes us into “Blow”, the opening of which would not be out of place on a ’60s spaghetti western soundtrack. Whilst “Blow” maintains some of the ebb and flow between styles from the opening track, but at half the length, there is less time for exploration of ideas, and as such the song is more ‘in-your-face’. It is the loud middle section that was most appealing to me, and a nice change from the usual end-of-track payoff, allowing for a more introspective end to the piece.

The comparisons to Massachusetts’ Caspian become a little more obvious with “Time”, aptly named, as those taking time to digest this track properly will be reward with increasing finds on each listen. The inclusion of lapsteel is an inspired choice, adding an extra layer of enjoyment and something just a little bit different to the norm. Subtle changes in dynamic maintain interest, with repeating ideas increasing in intensity as the track progresses. Despite being one of the more formulaic tracks on the album, it is these little intricacies that allow OK WAIT to continue to brand themselves as something a little more than standard post-rock.

The first half of penultimate track “Dust” (another bruiser at over 12 minutes) follows a similar recipe to the preceding tracks, the instruments taking turns at building the track to a false conclusion. A moment of calm follows, before a four-minute fuzz fest takes over. A glorious racket, this section is without doubt my favourite on the album, the four members clamouring to see who can make the dirtiest sound before finishing with another of the quieter moments of the album. Album closer “Cope” follows a similar pattern, with screaming guitars sitting atop another noise-fuelled jam-like session, falling back to a more conventional melodic chord passage a little quicker this time. Well finishes with more quietly picked guitars, giving the listener a tiny but of time to take stock of what they have heard before hitting play again.

Well is much more than a band finding their feet, as you might expect from a debut album. Perhaps it is the bond that was created playing together in Sonic Black Holes, but OK WAIT feel like a band that have honed their relationship over a number of releases, rather than one making its first album. Well goes beyond the conventional quiet-loud approach, instead experimenting with both subtle and obvious dynamic changes throughout each track. Well feels like an album that deserves to be played loud and appreciated (thankfully there is a physical pre-order open), and one that I can see myself returning to throughout the year.