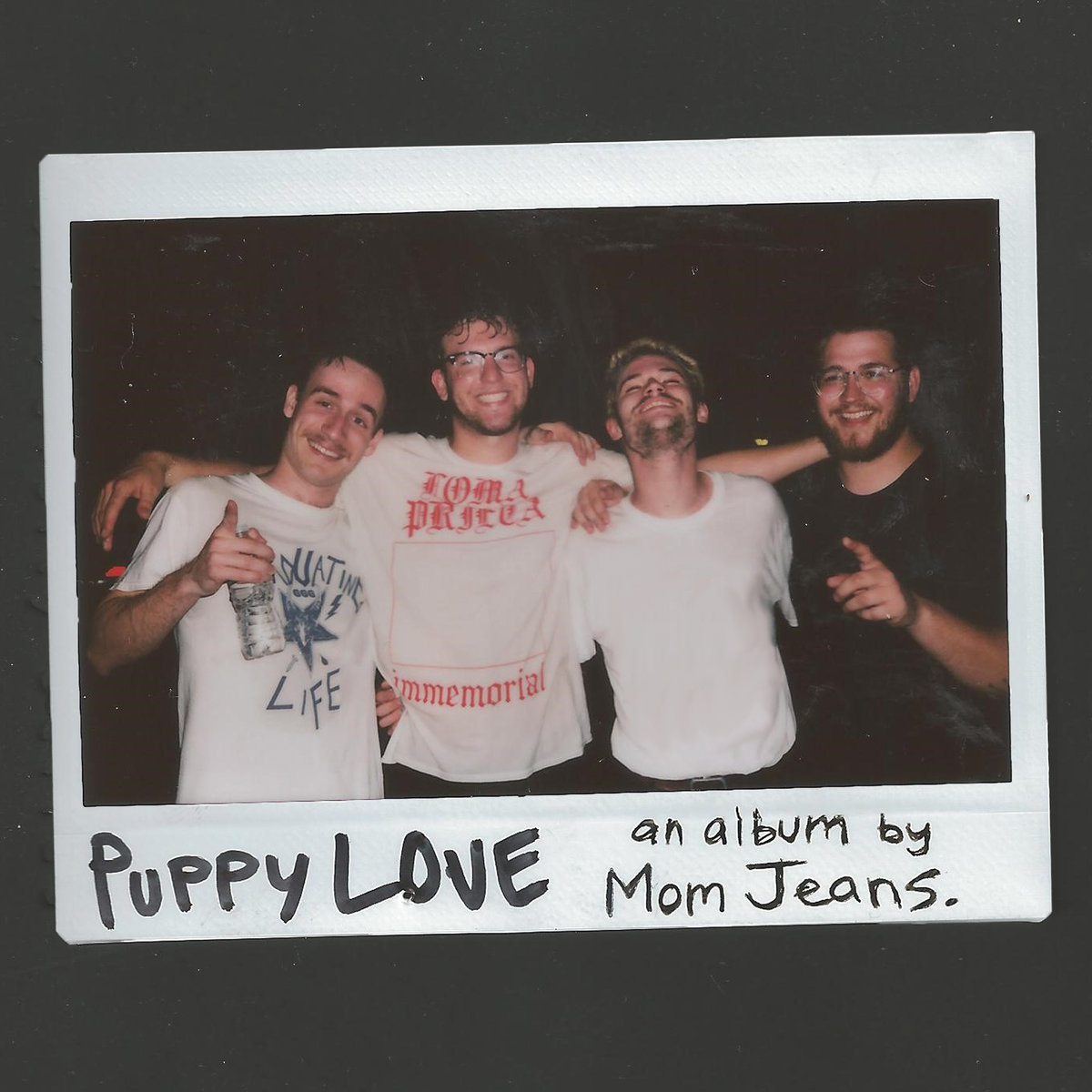 Mom Jeans’ sophomore release Puppy Love is a treasure trove of tropes and talents that, despite being far from original, never fails to entertain.

Hey you! Yeah, you! Aren’t you tired of the rapidly evolving, progressing music scene? Don’t you wish for something that feels nostalgic, that lets you reminisce on the glorious days of your youth, when the sun shone brighter and the weight of adult responsibility had yet to drag you down? Maybe something with twinkly indie guitars, ironic, self-deprecating lyrics, and lengthy, hilarious song titles? If your answer to these questions was ‘yeah, I guess’, then boy do I have just the thing for you! Mom Jeans. from Berkeley, California recently released their sophomore album Puppy Love, and it’s filled to the brim with the American Football midwest emo/indie rock sound you worshipped as a barely pubescent teenager.

But wait, there’s more! Bundled with this already incredible offer comes the familiar use of a wind instrument usually foreign to guitar-driven music – in this case the trumpet and trombone – to prove that this band is not only taking musical and lyrical cues from the mid-to-late 90s indie scene, but also able to indulge in some of its more obscure tropes. And I’ll do you one better: if you order within the next 24 hours, you’ll also get a set of female guest vocals on top for free*.

Tongue-in-cheek marketing ploys aside, Mom Jeans. are not the most inventive new band on the block, but they do know how to utilize the tropes and trends set by the bands they are so obviously influenced by to their own advantage. The lyrics and song titles are at times screamingly funny (my favorite would be “near death fail comp (must watch until end)”), but they can also be highly relatable for that inner 14 year-old that’s neatly tucked away inside many of us. And the best thing is, Puppy Love actually has the tunes to back up what would otherwise dwindle into a purely gimmicky affair fairly quick. Take the aforementioned “near death fail comp”, for example: if it weren’t for the well-crafted, dynamic instrumental and the charismatic vocal performance, I think many of the lines sung, even with their ironic undertones, would fall flat.

The energetic “you can’t eat cats, Kevin”, which mainly lives off the momentum established by its noodling opening riff, features an ardent performance by Just Friends/Sweet Peaches vocalist Brianda Goyos León, whose sheer passion and synergy with Mom Jeans. guitarist/trombonist/vocalist Eric Butler make this song a sure standout on Puppy Love. The following “Jon Bong Jovi” (groan) doubles down on the American Football references with twangy math rock guitars, and a cathartic, trumpet-backed midsection. Granted, the drumming is more pop punk than anything else, as is the case for most of the album’s runtime, but the core aesthetic is still firmly rooted in the midwest.

Mom Jeans. know exactly what kind of sound they’re going for, and they are good at making do with the elements at hand. So who cares if they’re not entirely original? Sure, it’s not as sophisticated as other music out there, but their infectious blend of emo, power pop, indie rock, and pop punk makes for just over half an hour of solid entertainment on Puppy Love, and sometimes, that’s all it takes. This album is a boatload of fun you’d be stupid to miss out on.