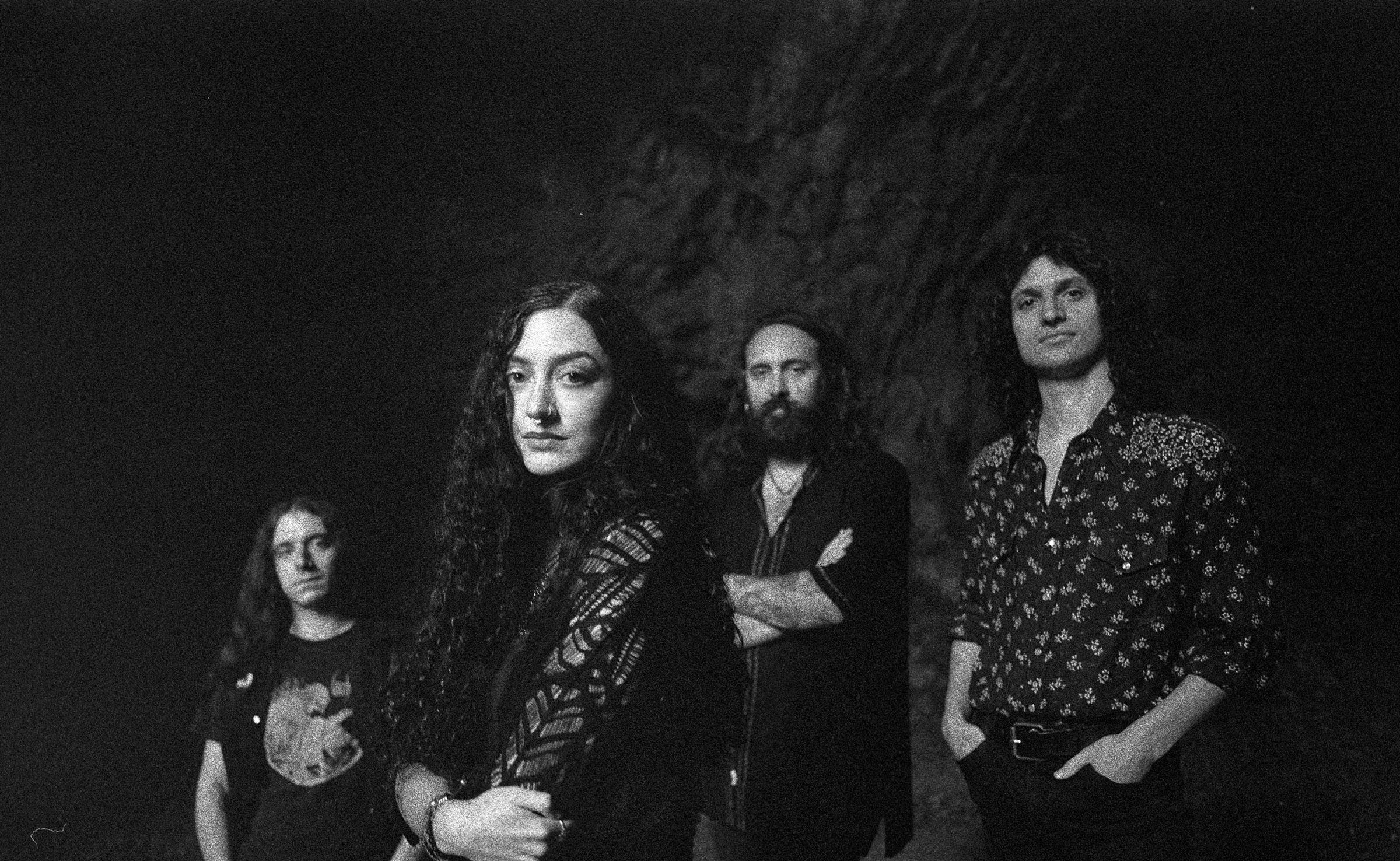 Purveyors of doom, Messa, following up the acclaimed Feast for Water with another masterclass of songwriting and musicianship. New album Close is sure to enthral and excite all that take the time to listen.

Some bands manage to forge a path for themselves beyond the tried and tested genre-formulaic approach. Only a select few artists can truly claim to have a little bit of everything in their songwriting and I think it is fair to say that Messa are as good as it gets in that regard. Close is the highly anticipated third album from the Italian outfit, with standards already high from Messa‘s first two albums. Feast for Water, in particular, saw the band receive rave reviews across the musical spectrum. Their unique merging of doom/metal/blues, and just about everything else in between, left fans and critics alike wanting more. Having had just over a month now to take in Close, I am happy to make the claim that the band have not only met expectations but surpassed them.

Close opens where Feast for Water left us. “Suspended” stutters into life, with an ominous sounding Rhodes piano giving way trademark sludgy guitars and powerful vocals. A fitting opening track, drum and bass drive “Suspended” steadily through, before guitarist Alberto introduces the first of the jazzier segments towards the latter end of the track. The aforementioned merging of styles is showcased wonderfully here, whetting the appetite for what is to come. “Dark Horse” bursts the album into life with a faster tempo, drummer Rocco again pushing the track with constantly changing rhythms and pace. Messa retain the structure of the opening track, allowing the music to sneak into more dissonant territory in the final stages.

“Orphalese” slows things down a little, with assumedly the duduk playing of Giorgio Trombino providing the listener with a little moment of quiet reflection, complementing the track throughout its seven minutes. Following the intensity of the opening two tracks, “Orphalese” and its follow-on tracks, “Rubedo” and “Hollow”, provide a welcome break with somewhat of a gentler flow, whilst still maintaining interest with varying dynamics and expert musicianship.

“Pilgrim” sees Messa bring the listener out of the safe space they have created and back through the experimental noise door. Another slow builder, “Pilgrim” highlights (if it wasn’t already abundantly clear from the rest of the album) the incredible range that vocalist Sara possesses. It could be argued, more successfully so if the rest of the musicians weren’t so damn good, that it is the vocals that tie this album together so well. Regardless of the reason, “Pilgrim” enchants in its early stages before exploding into life, bassist Marco leading the groove and highlighting why this track was chosen as the lead single.

“0=2” is my personal standout for the album and arguably one of Messa‘s finest releases to date. The cinematic opening will reel you in, with some of the best musicianship on the album, the first half of the track showing just how much intricacy can be found in simplicity. The second half of the track builds upon this laid-back approach, with the guitar being given more free rein than the rest of the band. Put on a piece of jazz or any real free-form music and you’ll find it hard to keep my interest for more than a minute, but towards the end of “0=2” Messa show that it is possible to keep things interesting. A steady rhythmical section builds for a few minutes, then sits underneath meandering saxophone and guitar lead lines, providing a wonderful cacophony of noise that you can still groove to, before the band join together in unison to finish off the track.

The closing run of tracks on Close allow Messa the opportunity to tie the album together, continuing the slow build/energetic climax strategy that is so effectively employed throughout the album. At just under a minute, I expected “Leffotrak” to be another quiet moment of introspection to set up the album finale, but it is without doubt the most frantic 45 seconds on the album. A brutal assault of screams and blast beats, the band are not keen on letting you ease your way into final track, “Serving Him”. The opening of “Serving Him” does, however, provide some respite, subtle picked guitar providing metal above a gritty bass line. Another fine show of songwriting, the band push towards a fitting end for what will surely remain one of the albums of the year.

In Close, Messa have used the foundations of excellent previous releases and further pushed the boundaries of modern metal. An album as diverse, as changing as Close should not be as coherent and flowing as it is, but Messa have managed to fuse a range of styles without ever appearing to force it. To define this album or try and force yourself to pigeonhole it into a genre (or even subgenre) would be to do it a disservice. Close will push and pull you in many different directions throughout its duration and is more than deserving of the time it will take you to fully digest it. Usually an album as enjoyable as this will leave me pining for the next release but, this time, I think I will be continue to dive into this record for as long as I can. Do yourself a favour and find a couple of hours in your day to join me.