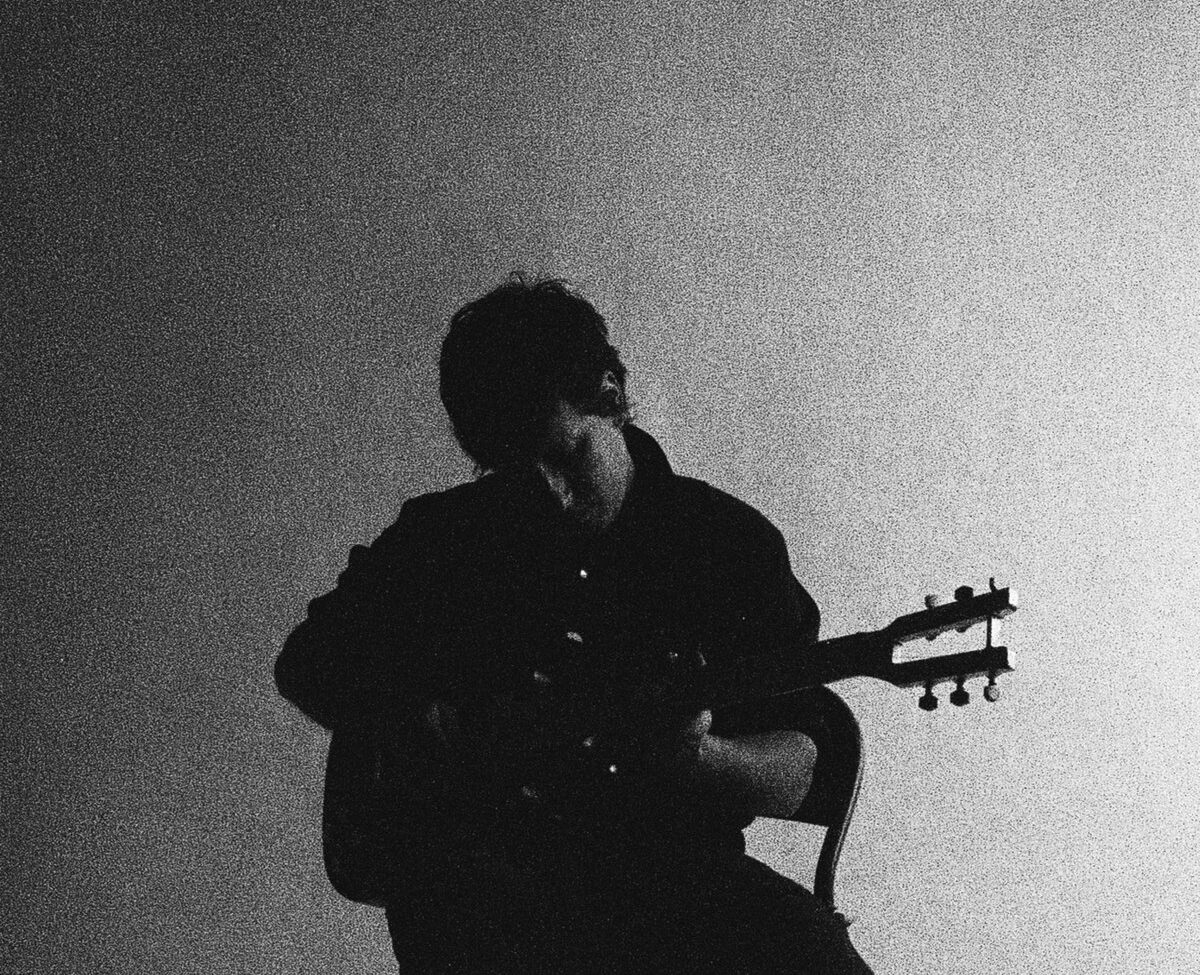 Mat Ball steps outside of a group setting for a profoundly intimate, interesting, and minimalist achievement with Amplified Guitar.

A member of a group going solo is always a wild endeavor. I feel like more often than not, most artists don’t stray terribly far away from their roots either for comfort reasons or because that’s just what’s expected of them. David Lee Roth‘s solo stuff separate from Van Halen wasn’t exactly a huge shake-up, am I right (though he did redo his entire debut album in Spanish – that was a bit wild)? That’s just one example though – Mat Ball separating from his pals in BIG|BRAVE to do his own thing is entirely something else.

Maybe I phrased that a little weirdly. First of all, BIG|BRAVE are still a thing (thank fuck), and second, this does have a lot of through lines with BIG|BRAVE‘s droney, atmospheric side. If you like that band like I do, you’ll find something to like here surely. That said, Mat Ball‘s first solo album, Amplified Guitar, is a fair amount different in a few ways, some of which we’ll go over here.

I talk a lot about how well some names for songs or albums fit with their material, but I think this one just about outdoes them all. Indeed, there is amplified guitar on this album and… that’s about it. No vocals, no drums – just guitar (singular I’m certain) and amps (probably plural). Remarkably, these were all single take recordings by Ball, capturing an organic sense of sound that bands could only dream of after rehearsing and redoing their performances to get things studio perfect. Nothing wrong with that really – this is not that, though.

There’s three sets of songs here, two sets containing three songs, the last containing two – a total of eight songs, 41 minutes and some change. The sets are jumbled so no two adjacent songs belong to the same set, but you may have wished they had. In order of first appearance, we get “To Catch Light” as our starter. What you’ll notice with this set of songs is it’s easily the most upbeat and melodious if such a thing were to exist in this minimalist environment. Irregular strums of this guitar and cleaner amplification make for a sunnier tone, and the textures are both at once rigid and smooth through good use of sustained notes and well-regulated feedback.

On the other hand, the “Steel Wound Arteries” duo suite of tracks is more abysmal and harsh. The guitar is sharper and more heavily amplified, feedback more dissonant and contorted. It’s here that I think Ball may have layered more than one guitar on top of each other, but then again I am no musician. This could very well be one guitar, one take, and that’s it, just as it says. Though I am a layman when it comes to technical performance and execution, it still speaks to his ability to twist the guitar into harrowing forms, going from a grating hum to something resembling the sound of a rusted gate opening. It’s not pretty by design, but that’s precisely what makes it appealing. This is Amplified Guitar‘s heaviest material, though the next set is a close second.

Last is “Within the Billow”, our final trio, the third song of which is our album closer and appropriately so. Doom and drone metal fans will like this one as it’s the droniest stuff on this record. Taking more of an atmospheric slant than the two song sets before, these tracks are slow and low with little in the way of divergence. Feedback still tears at the fabric of sonic peace and Ball’s immense control over his instrument shows in the little changes he allows, like near the end of “Within the Billow I”, where we get these almost rhythmic spikes in pitch. It’s subtle stuff all things considered, but noteworthy all the same and sidles the closest up to BIG|BRAVE‘s own material.

I found it easier to talk about this album in these song sets because not only did it make sense thematically and tonally, but I think it was my own way of establishing some order in a place where Mat Ball did not. I couldn’t guess as to why the songs were mixed up in this manner. It’s not a bad thing and I know he had a very good reason for the specific sequencing he chose – perhaps variance and complementary sound? Either way, I did find Amplified Guitar a bit more digestible and reasonable when I sorted the album in a way that grouped each set of songs together, which also made the weight of “Within the Billow” hit a lot harder as an album ender. I’d recommend it certainly, but only after you’ve tried the album in its intended order.

One of the many tags for this album on Bandcamp is ‘aleatory’ which is basically just a fancy word for something random or by chance, the implication being, I guess, that Amplified Guitar had an element of surprise to it, even for Mat Ball himself. Again, I’m not a performance or instrument expert by any means, but it speaks to the experimental (another tag of course) artistry of this project because, even if partially random or unexpected in execution, Ball seems to be in control of every note passing through the speaker on my end. You can hear his purposed strums in “To Catch Light”, the orchestrated taste of entropy on “Steel Wound Arteries”, and a special moaning majesty with “Within the Billow”. I suppose, like a seasoned gambler, even the most unexpected things can be harnessed for a supreme advantage, and that’s precisely what you get here.