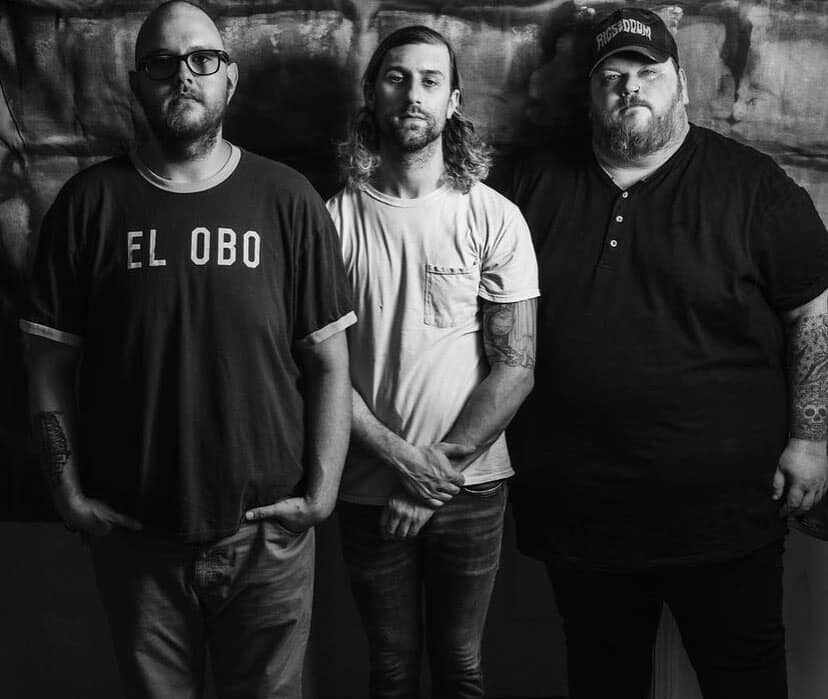 The Bearer – “Chained To A Tree”

Chained To A Tree provides an intense, frantic introduction to the world of Texan three-piece The Bearer – just make sure to give it a play at the high volume it deserves!

Way back in September last year (which feels much further away than it possibly should), A Scene In Retrospect covered Converge‘s legendary album Jane Doe. Writing about the album 20 years on from its release brought back some wonderful memories of first hearing “Concubine” and the further onslaught that followed – there are few albums that were able to introduce me to a new world of music quite as frantically as Jane Doe. The only downfall was that bands on the heavier side of the spectrum have always had to work that little bit harder to grab my attention with the shock factor now gone, but there are always the little gems that are worth diving into and taking time to appreciate.

Such is the case with Chained To A Tree, the latest release (and first full-length) from hardcore outfit The Bearer. Formed back in 2016, the three-piece have had plenty of time to hone their writing as a unit and it shows – previous releases such as “Drowned In The Baptistry” showing the kind of raw intensity that would have drawn me to bands such as Converge way back when. Chained To A Tree comes from an interesting place, as drummer and vocalist Colton Siegmund explained to The Big Takeover in an interview that is well worth reading, covering the influence that big topics such as capitalism, organised religion, and the gentrification of their area has had on their songwriting.

Chained To A Tree opens with crushing riffage in “Pushed Back In”, before descending into a energetic onslaught of strained vocals and booming bass lines (the drums in particular sound all the more impressive when you consider that Siegmund is responsible for the vocals as well). The opening track sets the scene nicely, showing a band that is focused on writing musically interesting songs that hold the listener’s ear. This mix of chaotic and groovy is what makes follow-up track “Jagged Lines” so exciting as well, with a lovely mix of riff and noise, and some sludge thrown in for good measure.

There are a few short numbers thrown in, the first being “Let It Burn”, which, as referenced in the earlier interview, deals with an adverse experience of organised religion. Even within this minute and a half, The Bearer manage to fit a huge amount in. For instance, at 0.57, you will find one of the finest moments of the album as the three musicians lock together – if you can listen and keep your head still you deserve a prize. “In The Sty” changes things up a little, feeling a little more gloomy than its peers. It provides a nice reprieve after the hectic “Let It Burn”, but does feel somewhat underwhelming when compared to the songs around it. This probably says more though for the strength of “Sympathy Pains”, likely my most listened to from Chained To A Tree. Whilst it opens in a similar vein to “Let It Burn”, with fierce drums leading the way, the track transitions into a full on sludgefest about half way through, again showcasing the ability of The Bearer to mix things up within such short pieces of music.

The title track “Chained To A Tree” shows us perhaps for the first time that there is a softer side to The Bearer, opening with some clean picked guitar, but the quiet doesn’t last for long (thankfully, in this case – with the band being so adept at creating noise). The song sets up a strong closing run of tracks that find strength in their predictability – a proper tip of the hat to the bands that have paved the way. The strained screams that open “Axes” give way to spoken vocal lines that provide little moments respite for the listener amongst the chaos. The album closes with its longest track, clocking in at just under four minutes, and The Bearer use this extra time to continuously shake things up. There’s a little bit of everything that has come before here, clean guitars, big riffs, dirty distorted bass lines, and head-banging inducing moments. Whilst far from the strongest track on the album, “Holy Water” would be as good a starting point as any to introduce someone new to the band.

Chained To A Tree is one of the more enjoyable hardcore releases thus far in 2022. Whilst well-put-together, the record is all the better for the presence of the raw energy that The Bearer posses; much better than putting out an over-produced piece of work. It is an album that deserves to be played loud, repeatedly – I am but a little envious of those on the other side of the Atlantic that manage to catch these songs in a small, sweaty venue. For the rest of us, we can just take some time to enjoy Chained To A Tree and wait patiently for the follow-up.