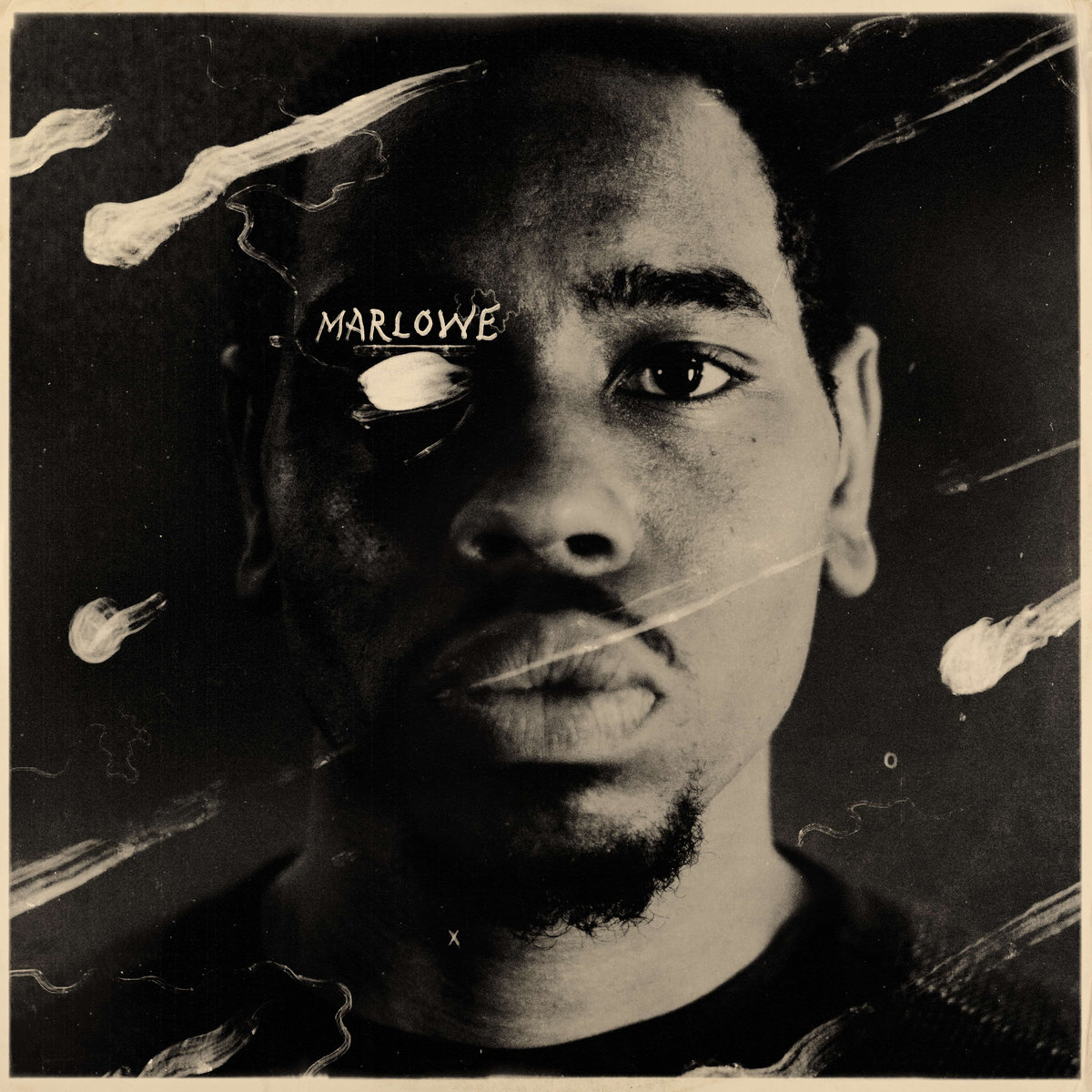 By Landon TurlockSeptember 16, 2018 No Comments

This self-titled debut from Marlowe is a lively, playful hip-hop record that still manages to be experimental, political, and layered, making for rewarding and enlightening repeated listens.

L’Orange is a Seattle-based producer whose discography is a display of collaborations and experiments. Solemn Brigham is a North Carolina rapper who has worked with L’Orange in the past. However, their new collaboration, Marlowe, eschews both artists’ monikers for one that could be a reference to the fictional detective Philip Marlowe, but also playwright Christopher Marlowe. Both inspirations are appropriate, considering the cinematic, dramatic hip hop investigations found on this new project’s excellent self-titled debut.

The cleverly named “Cold Open” begins the album with a series of samples that are seemingly disparate in their themes, but, according to the group’s Bandcamp, draw from prohibition and civil rights-era recordings for a concept that is, ‘…the fictional protagonist’s search for the truth… His crimes are existential yet specific, rooted in the injustices of the past and the attempt to redress them in the present’. These dialogue snippets are one of the foundations of Marlowe, and purvey the majority of the record. They are used as enforcement of theme, call-and-response with Brigham’s lyrics, and an effective device that I’ve never heard used as extensively in hip-hop, bringing a truly unique feel to the record. Of course, some may find these pieces a bit annoying or overused, but I encourage you to try to consider them as an essential part of the experience.

Though Marlowe is clearly conceptual in its construction, it loses none of its fun or energy in its depth. “Lost Arts” is a more low-key and lo-fi track to start the record, but carries most of its passion in its personal, yet political lyrics. Elsewhere, songs like “Demonstration” and “Medicated” pair together horns, 90s style production and excellent verses for songs that are as catchy as they are cunning. The aforementioned “Medicated” is likely my favorite piece on the album, with its uniquely manipulated vocal sample making for an excellent hook on an already infectious beat.

Of course, some of the more theatrical elements of the album will vary in mileage from listener. The interlude “Eddy Appetite’s House of Definitely Legal Oddities” (with a fantastic title that also demonstrates my point) feels like a circus funhouse made audible, with oddball lyrics about three foot tall elephants and complementary bigtop musical stylings. Though an interesting piece, it forced me out of the immersive experience of the album, perhaps pushing me further into experimental territory than I, as a listener, was prepared for. This isn’t necessarily a criticism, as this is clearly an ambitious project that won’t be immediately digestible for all, but I felt like the duo’s penchant for experimental, yet accessible hip-hop, is more effectively executed elsewhere on the album.

I genuinely feel like Marlowe is a unique and original contribution to hip-hop, and I certainly haven’t heard a record quite like this before. Its catchy lo-fi beats, unique samples, and excellently constructed and delivered verses will be immediately enjoyable, but Marlowe’s true power lies in its ability to reveal more to the listener with each repeated play of the record’s 17 tracks and 39 minutes.