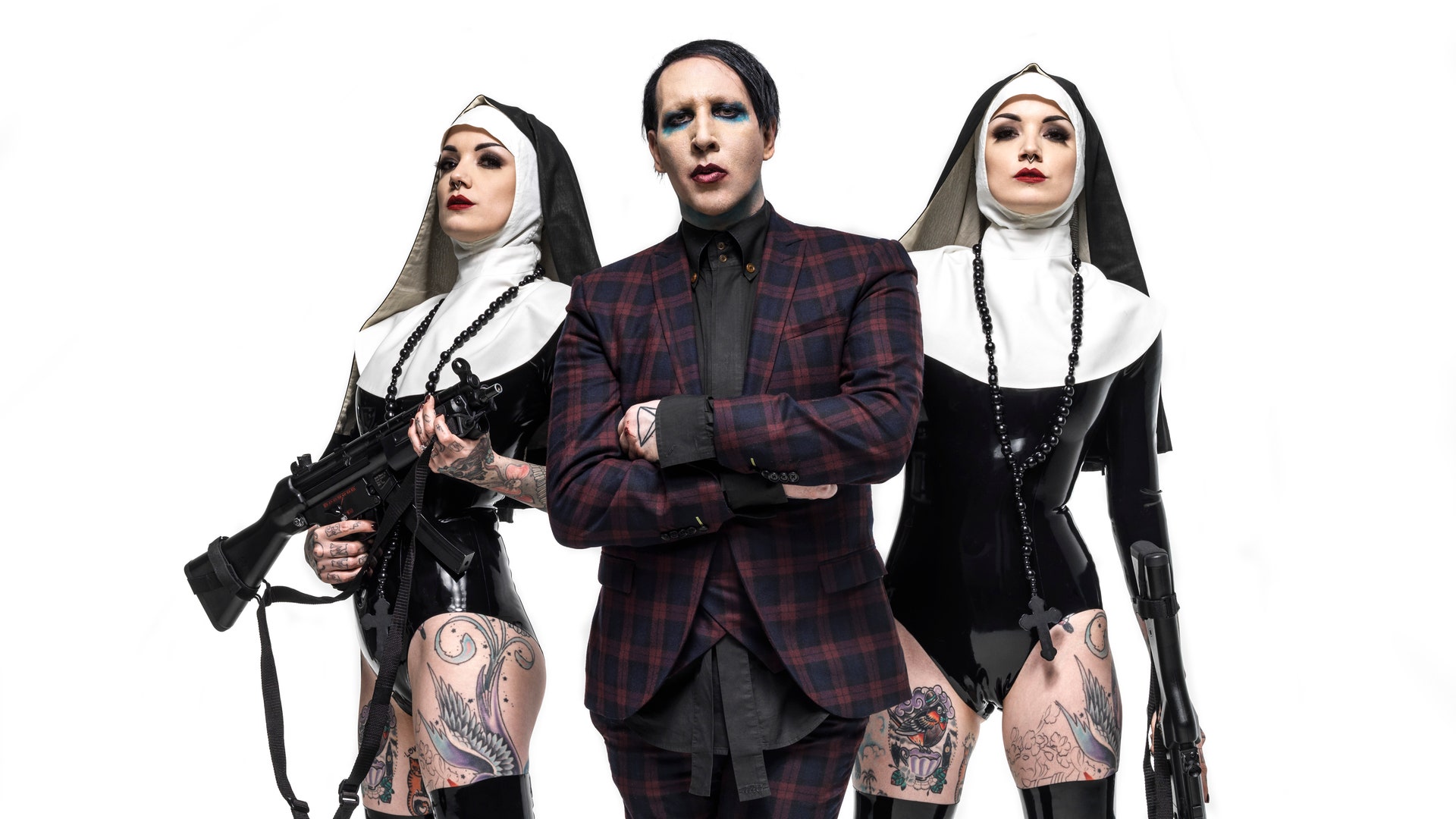 Marilyn Manson – “We Are Chaos”

By Faisal BinzagrOctober 1, 2020 No Comments

We Are Chaos is a continuation of Marilyn Manson’s creative renaissance that began with The Pale Emperor. With greater willingness to experiment, it’s held back only by a few too many nods to the past.

Marilyn Manson needs no introduction. At this point in time, countless articles, reviews, opinion pieces, documentaries, and other media have effectively covered most angles there are to cover when it comes to the shock-rock icon’s storied and controversial career. What I can do is offer a relatively impartial look at what where his latest album We Are Chaos fits in the context of his lengthy discography.

I enjoy Manson’s music, but I would not call myself a super fan. I find myself revisiting a number of his records quite regularly, though by and large I tend to respect – but not love – his material. Beginning with 2015’s critically acclaimed The Pale Emperor, Manson began to experience a pop culture revival of sorts. The album’s immediate predecessors were widely regarded as failed attempts to revitalize his waning notoriety, whereas Emperor was agreed to be his first true post-controversy success – no doubt helped in part by the inclusion of one of its singles in the popular film John Wick. Emperor was an album steeped in outlaw country influences, channeling Manson’s predilection for edgy soundbites and scathing social critiques through an approach that never felt like it was trying too hard, whereas the album’s 2017 successor – Heaven Upside Down – was a return to the industrial rock sound of Manson’s heyday. While perhaps not as well-received as Emperor, it too enjoyed critical success.

We Are Chaos marks what is arguably a new chapter in the Mansonaissance. As is customary with Manson, the album was shaped with the help of collaborators, this time with songwriter Shooter Jennings taking over from Tyler Bates (who worked on the two previous efforts). The sound of the album drew much speculation, with Manson describing it as follows: ‘I wouldn’t compare it to any of my other records, but you hear a bit of everything — it’s like I’ve focused everything into one spot, finally.‘

Eventually, the title track was released in tandem with the record’s official announcement. “We Are Chaos” wasn’t exactly the expression of all of Manson’s work brought together; being a rather uplifting foray into stadium rock, and a drastic deviation from the more brooding tones of old.

As it happens, “We Are Chaos” ends up feeling like an odd song to title the album after, considering how little like it everything else here sounds. “Red, Black, and Blue” kicks things off in a manner reminiscent of Mechanical Animals with a delightful new wave-inspired bass line rumbling beneath the surface, and Manson’s signature vocal style whispering tongue-in-cheek lyrics about going up in flames. The track feels authentically Marilyn Manson, albeit far less incendiary in tone than what you might expect, and serves as the perfect opening track to kick things off.

As the record unfolds, its stylistic identity becomes more apparent. It’s largely informed by ’80s synth influences, and generally dials back the usual intensity in favor of more atmospheric musings on love and life. No track encapsulates the essence of We Are Chaos more than “Paint You With My Love”, which wields its pulsing synths to epic effect in a manner highly reminiscent of Gunship’s excellent Dark All Day. There’s a sense of poetry to this, as Gunship’s synthwave style was as much indebted to the ’90s industrial rock of Manson and Nine Inch Nails as it was to ’80s music. So we come full circle; with generations influencing each other, influencing each other.

Fans of Manson’s more aggressive industrial rock tendencies have “Infinite Darkness” and “Perfume” to sink their teeth into. While enjoyable, I can’t help feel they were inorganically tacked on; either to appease long-time fans, or for the sake of representing as many facets of Manson’s style on one record as possible. These are probably the least interesting songs here, if only because Manson has done them more bombastically before on his milestone releases.

There are other experiments here and there. I particularly enjoyed the britpop grandiosity of “Keep My Head Together”, which completely took me by surprise. British music in general permeates the tone of this record, be it the new wave influences indebted to David Bowie, britpop, or the work of Elton John. Perhaps the album’s greatest achievement is that with it, Manson has created his most musically accessible work to date without compromising a shred of artistic integrity.

Elsewhere, there’s plenty of other positive things to say about We Are Chaos. Among them, the sense of reinvigoration you hear in Manson’s voice, where he sounds as though he’s genuinely passionate about the songs. This was certainly the case over the last couple of records as well, but it’s good to see him continue in this form after so many years on the scene. That being said, things are not all perfect. The mix at times felt uneven, particularly during the album’s more rock-oriented moments, with cymbal crashes and distorted guitar occasionally washing out Manson’s voice, and other more interesting elements. In general, the rock influences feel like an afterthought, and I can’t help wonder what the album would have sounded like fully committed to its fundamentally more ethereal vision.

We Are Chaos is a fine addition to Marilyn Manson’s legacy, and a more than adequate continuation of the artistic revival that began with The Pale Emperor. Manson clearly has an eye for collaborators that bring out his creative best, and I look forward to hearing what he comes up with in the future, be it in the style of We Are Chaos, or otherwise.