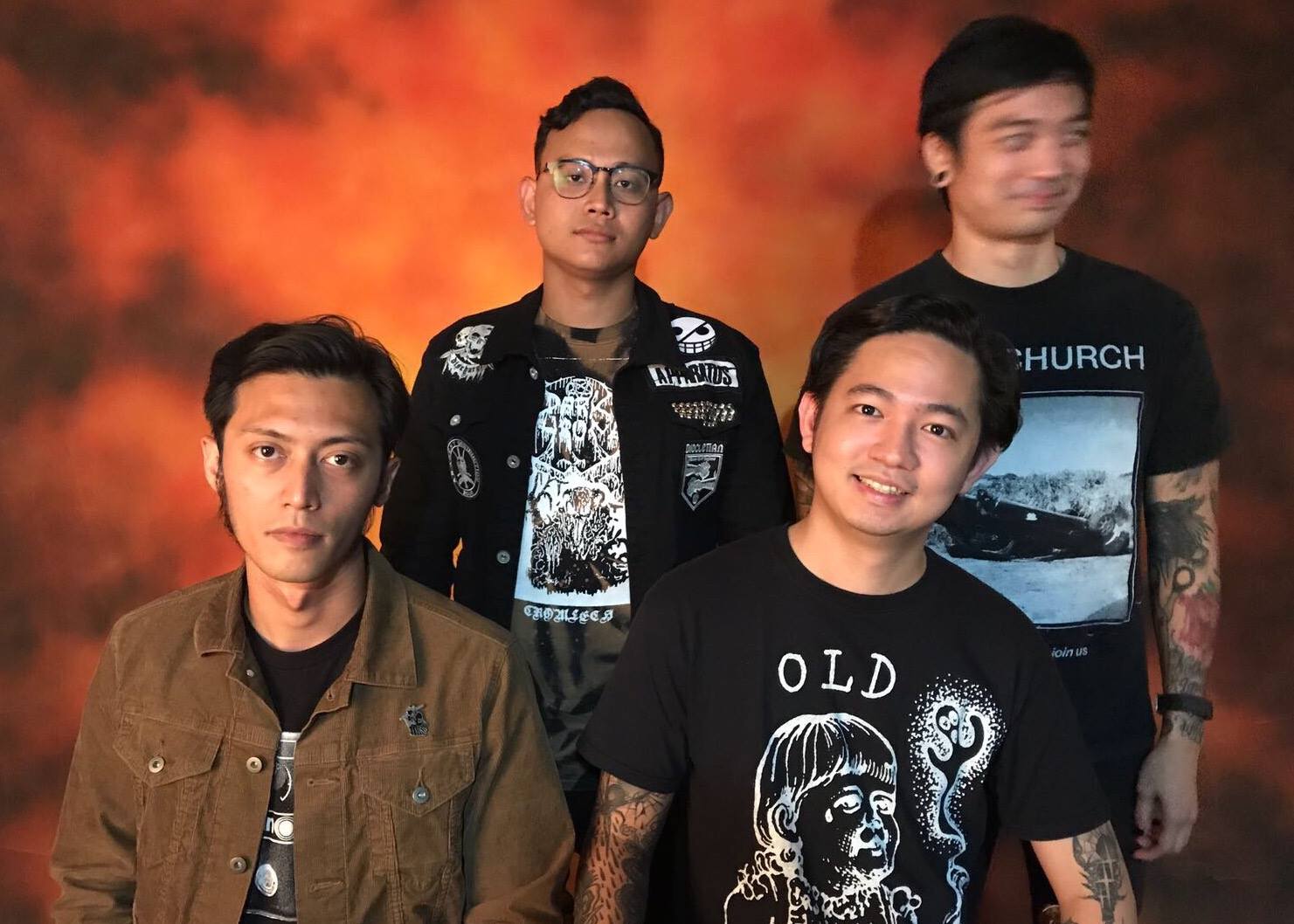 By David RodriguezDecember 14, 2019 No Comments

Marijannah keep the high going with their sophomore album. Istanah proves they’re here to stay as a potent force in stoner-doom metal

I promise that will be the worst thing you read in this review, because we got a great album to talk about today. Almost two years ago at this point, Singapore’s Marijannah – comprised of members of Wormrot and The Caulfield Cult – dropped their debut album, a supremely fun affair. All Marijannah had to do was strike twice with more of their dank strain of heavy-ass stoner-doom, and that looks to be the case with their latest full-length, Istanah.

The best part of this album is that the quartet didn’t just stop there though. A gritty desert feel coats every track here – perhaps not a big surprise as desert rock is a very close cousin to stoner and doom. The kind of cousin you go on a ‘walk’ with during holiday family get-togethers, you know? Marijannah just let loose in the best way possible, feeling very comfortable with their ability to create neat melodies that fill your dome like a chamber full of smoke.

There’s a ton of rock energy on this album which is simply infectious. Pulsing rhythms, tambourine crashes, and dense guitars can be heard all over Istanah. The band has also worked on their ability to hook you in quick with tight, precise intros that hit all the right spots. Damn, the start of “Bloodsucker” is volcanic, building to a vigorous powerhouse of a song. “Shapeless” has an absolutely filthy way of saying ‘what’s up, bro?‘ with its groovy, doomed lurch. Marijannah know how to make a good first impression… and second, and third.

Once they hook you, the meat of these tracks offers sustainability beyond your need. Got munchies for moaning guitar solos, crisp and haunting vocals, and progressions that tickle your mind? That’s what you get, and more. At points, like deeper into “Shapeless”, you even get some psychedelic vibes. “Spiderwalk With Me” is my favorite, utilizing a fast pace with headbanging drums that beg to be driven to, traffic laws optional (not that I condone that).

If you’re wondering where all the doom went, well, you’ll have to go to space to find it. “Pluto” is a shambler of an album closer, clocking in just past ten minutes (the only track to do so), containing the slowest tempo on the album. I’m reminded of Mad God and how they approached doom. Everything just rumbles underneath you, the guitar tone is so fuzzy that it has hair – it takes you for a ride that never lets up or jolts you too much so as to preserve the mood.

Before you know it, Istanah is looping ceaselessly and you’re free to enjoy another roundabout on the Singaporean Sativa Express. It’s very apparent now that this wasn’t just a little side-project for the guys in Marijannah, it’s a whole separate artistic entity that taps into their creativity in ways other outlets didn’t allow. A way of life, if you will. No matter what your proclivity is toward drugs, this is an album you can zone out to, or intently listen in order to feel the immense texture of it all. It’s like rubbing your brain with a Koosh ball. Remember those? Now you do – they’re still around, and I hope Marijannah are still around in a similar way years down the road.

Did I mention the album title is also the name for the residence of the President of Singapore? True facts. Not only does that help explain the occult cover art with its darkly natural take on Castlevania, but also explains its stately presence the band has among their peers. Marijannah have already honed their craft to such a dangerously enjoyable level that it should be classified as a Class A drug here in the States. Fun, fuzz, and freaky – Istanah has everything you could want from some awesome stoner metal.