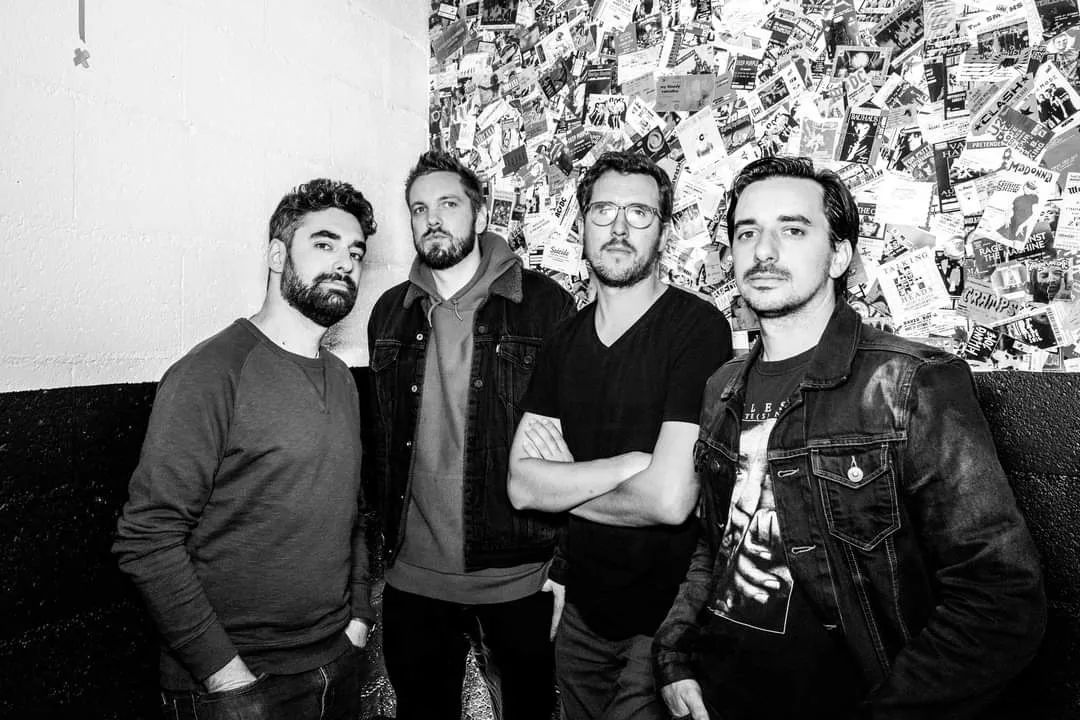 Rupture adds another bow to the growing string of Lost In Kiev, the Parisian post-rockers settling further into their groove with this latest release.

When you think of post-rock, there are usually a few ‘big-hitters’ that spring to mind with the likes of Godspeed You! Black Emperor, This Will Destroy You and even Sigur Rós. It is the layer beneath this though, with excellent artists such as BRUIT, 65daysofstatic and Baulta, that provides the most intrigue. The reason for this seemingly pointless listing of bands is simple, to introduce Lost In Kiev and their latest album Rupture.

Lost In Kiev are one of those aforementioned bands that sit quietly in the post-rock world – making just enough noise to remain known and relevant. Their somewhat unique twist on the genre, always fusing a range of electronics and making original spoken samples as opposed to relying on others, has made their three previous albums both exciting and enjoyable to revisit. 2019’s Persona in particular showed a band at the peak of their creativity – with shorter tracks that still retained the growing levels of intensity usually better suited to longer track lengths. So how does their latest release stack up?

Usually, I like to leave any little nitpicks to the end of a review – but I’m just going to get this one out of the way early. A track featuring a full vocal track was always going to be a risk for a band that can convey their message effectively through music, so it was surprising to see Loic Rossetti of The Ocean making an appearance on Rupture. Now let’s be clear, “Prison Of Mind” is a well crafted track. Had it been put out as a lone single I would have sung its praises as a fantastic collaboration, Rossetti’s mix of clean and heavy vocals a great complement to the cinematic expertise of Lost In Kiev. As part of Rupture though, it just interrupts the flow for me and takes from the more open interpretations that instrumental music brings. It will work for some people, no doubt about it – it just didn’t hit the right buttons for me personally.

That aside, Rupture has some classic sounding Lost In Kiev. Album opener “We Are” picks up where Persona left off, subtle electronics sitting nicely alongside building drums and guitars, providing that comfortable space Lost In Kiev create with their soundscapes. “Another End Is Possible” provides more of the same, the dirty bass line driving the piece forward a particular highlight. The interplay on show here between synth and guitar is again similar to what has made previous albums stand out, allowing the track to steadily build on the motifs present.

“But You Don’t Care” is one of the more interesting pieces on the album, shaking things up a little from the tried and tested formula present elsewhere. There’s an urgency to this track, the delay heavy guitars pushing everything along at pace. In its short four minute lifespan, “But You Don’t Care” takes us from sinister to upbeat and back again with relative ease. “Solstagia” is similar in that it manages to feel both frantic and calming all at once, the trance like arpeggiated synths offset by the gentle distortion of the guitars. Lost In Kiev excel in knowing when to dabble in intricacy and when to provide straight-up noise, making “Solstagia” a clear choice as a pre-album release single.

Saving the best for last, the closing run of tracks is where Rupture really comes to life. “Digital Flesh” is classic Lost In Kiev, punctuated by the chunkiest bass line on the album and steered by a simple groove, the piece meanders through with synths and guitars fighting to take the lead. As one of the few tracks to pass the five minute mark, there is plenty of time for the band to explore and they make the most of it. “Dichotomy” is a simpler affair, another classic riff based piece with a slow build up, a loud section and a quiet lead in to the final track. “Rupture” closes proceedings nicely with Lost In Kiev again giving themselves time to work, it being the longest track on the album. Rather than use the time to drastically shake things up, “Rupture” takes a few simple ideas and provides space for them to build and grow. It is a concept that has been evident throughout the album and so it is a fitting way to mark the closing stages of Rupture.

Persona was always going to be difficult to follow and the band have certainly appeared to stay within their comfort zone – aiming for somewhat of a repeat as opposed to a redesign. Rupture does a great job of solidifying Lost In Kiev’s reputation as one of the more prominent names on the post-rock circuit, without bringing anything massively new or groundbreaking to the table (as contradictory as this sounds with my earlier comments on “Prison Of Mind”). There’s a comfort to be found in these nine tracks though, the kind of comfort to be found in the company of an old friend, sharing the same stories that you have done for many a year. Lost In Kiev seem to have been around forever, so it’s easy to forget they are still only four albums in. Rupture is another positive on the resume and we can all look forward to hearing where Lost In Kiev take us next.