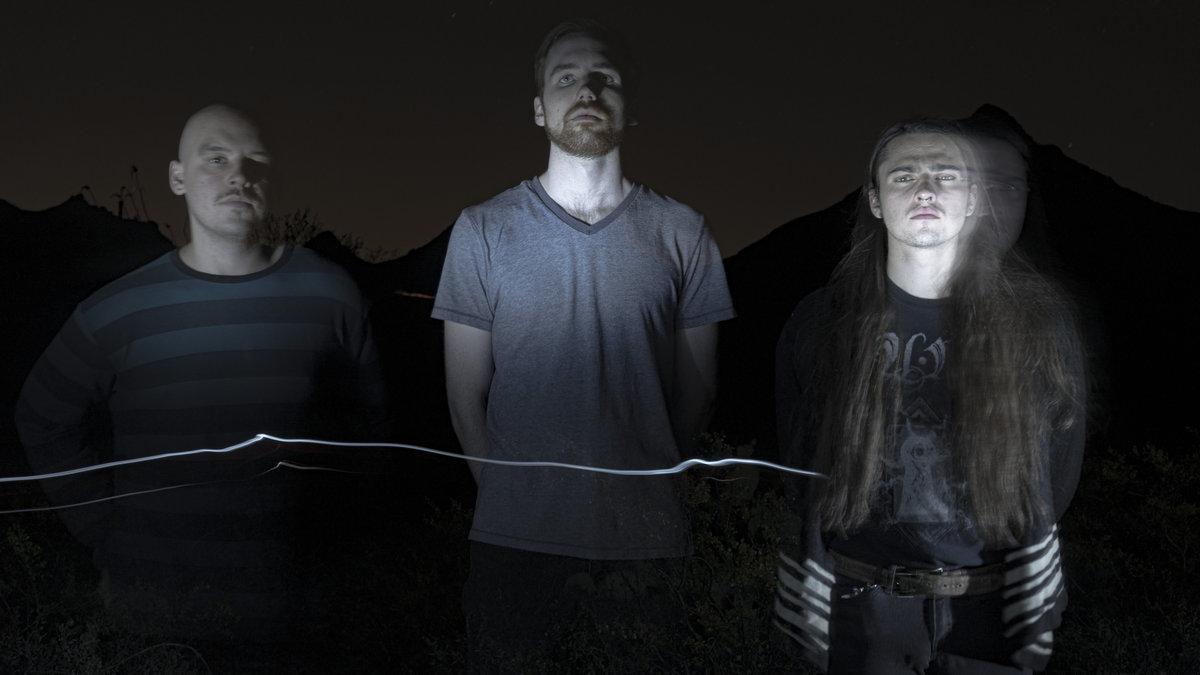 By David RodriguezJanuary 22, 2022 No Comments

Kicking in the door and going out with a bang all at the same time, Lasiodora are, and could have continued to be, a great evolution of mathcore and post-hardcore sounds.

I’m a fan of setting expectations with things. Sure, it’s largely an exercise in bias – you may warn that something isn’t as good as expected and others may love it, but that’s why I try to set expectations in more… concrete ways. With Lasiodora, a mathy post-hardcore/progressive rock trio from Tucson, Arizona, it’s about as concrete as can be.

After some COVID-related delay for a few years (yes, COVID’s length now qualifies to be described as ‘few’ with regards to years in length – kill my ass), they dropped their debut album, Molt, but the kicker is that Molt is also their final album. A swancore swan song. The best, and worst, work they will put out by virtue of limits. Luckily, ‘worst’ is only a technicality, because Molt‘s a hell of a note to go out on!

As things usually go around here, our PR pal Toni shouted Lasiodora out on the album’s release day, calling it a particularly noteworthy release. I’m not super into this style of music, but can get into it provided I’m in the right mood and the atmosphere hits. The thing with Lasiodora‘s style of music is that, even though I hold no raw nostalgia for it, it still reminds me of music I was around in high school. That was the mid-2000s for me, so the bands I was into skirted the same sounds and influences that they play with. The Mars Volta, At the Drive-In, Foxy Shazam, The Blood Brothers, etc. – disparate bands, but uniting elements of experimentation, energy, and execution were brought to the table and came to define my formative years of musical exploration.

And so, 15 years later, I’m looping Molt with glee. I can’t fully connect it to my musical roots, but nonetheless enjoy it immensely for being different, fun, and eccentric where it matters. Seven songs and 28 minutes means a short fury of a ride, like all band members slithered into rusted-out, post-apocalypse jalopies to ride eternal, shiny and chrome. More and more, I’m appreciating albums that utilize their short time well – in and out, like the band’s engine’s creative pistons.

Anyway, brass tacks. I don’t really have a favorite song from Molt… ah, never mind, yes I do. The title track. Three songs in, it’s flanked by some formidable pieces that I’ll talk about soon enough, but “Molt” is where I was sold on Lasiodora on first listen. Its atmosphere first peaks here, mixing weightier tempos with mathcore prowess, only unchaining the order-from-chaos the song embodies to drop it all into a psychedelic vortex. Explosive guitar leads give way to trippy passages in the track’s final minutes (it’s a long boy at almost nine minutes), like the fretboards were set on fire and made to register a note whenever the flames licked upon the strings, then played with hands again after the lacquer melted off the wood to create those warped sounds.

“Always So Blue” spends much more of its time with a calmer mood, though ferocity is never too far off as vocals beckoned to be screamed, and guitars ache to be squealed. Still, it’s somber, perhaps on purpose referencing its own title. It also does a fine job of capturing the color blue, much of the track feeling waterlogged in reverb and melodies that dance like ships on an ocean, lured by sirens until they’re ran aground and sunk without much ceremony, only your stirring thoughts of foolish rage accompanying you to the sands below.

Lasiodora still knows how to rustle up a cacophony of emotion though. “Rockstar Family Repellant” (great title) and “Comanche Banshee”, our two bookending tracks, are exercises in volcanic excess. The drums especially shine here, reminding me of Leviathan-era Mastodon with how active and unrelenting they can be. Vocals are passionately screamed, the calm and jazzy melodies are progressive and oddly catchy, and everything just sounds so well-produced and put together. It’s a true melding of musical worlds – dissonance colliding with organization, like a prank show gone off the rails or a moshpit formed inside a Denny’s restaurant.

Molt being a final album for a band we never fully knew is pretty dead-on. Lasiodora is a genus of tarantula, tarantulas molt, and it seems the band themselves have molted into something else beyond this. Still, I can’t help but already mourn the talent here. It’s my hope that the three dudes in this band find other projects to start or get into because this simply feels like a teaser – a fully-featured teaser, but a teaser nonetheless. If you like post-hardcore, mathcore, and/or jazzy prog, you’ll find Lasiodora quite to your liking. They’re incandescent, uncommon, and a hell of a way to open a new year – just a shame they burnt out so fast.