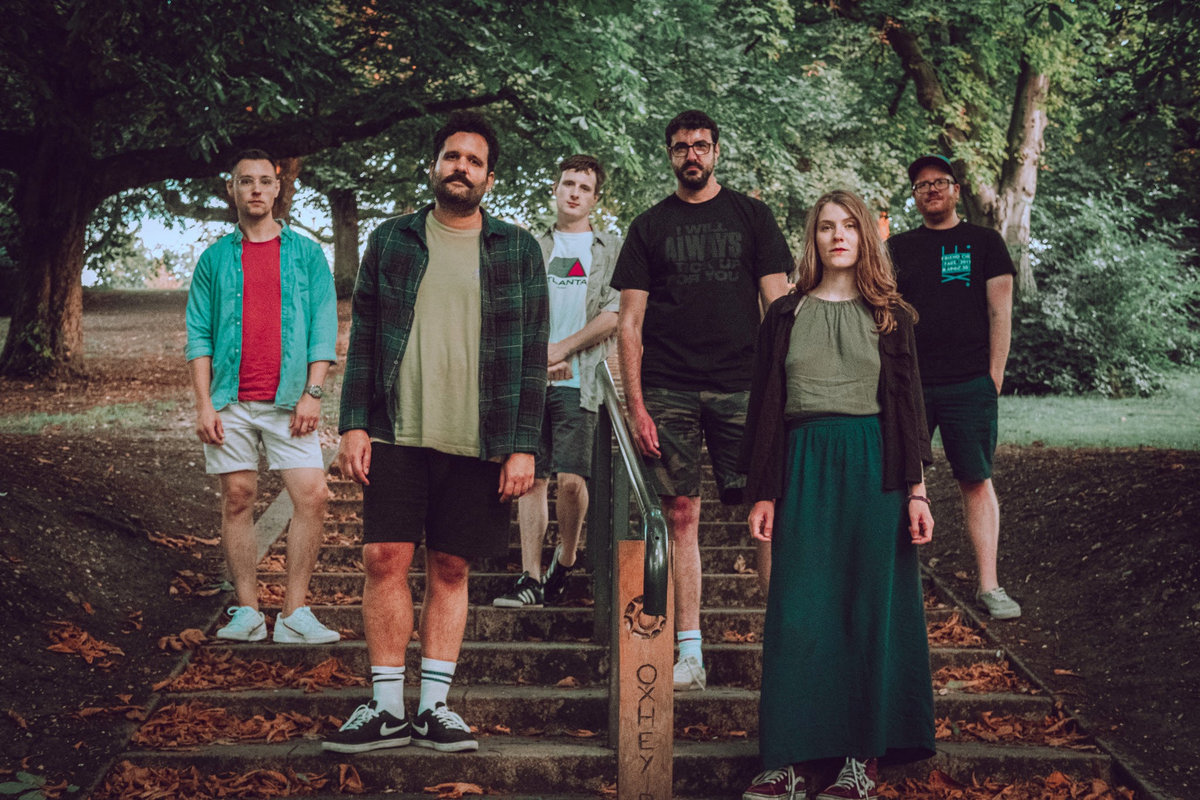 By Carlos Vélez-CancelAugust 12, 2021 No Comments

Let me tell you what a joy it is to stumble upon a band that you immediately fall in love with. As you may have noticed with some of the reviews here at Everything Is Noise, we the staff writers are grateful for these, more often than not, happenstances – they give us the needed drive to keep holding on to this rollercoaster ride we call music. And before you even think about it: yes, I probably gave away my overall thoughts of what I’m about to review a tad bit too quickly. But hey – it’s good to change the pace once in a while, wouldn’t you agree?

With two EPs and a full-length in their catalog, sextet UK rock act Lakes released their sophomore record Start Again, a blistering collection of songs that channel modern-day conundrums through exceptional songwriting and an even more exceptional sense of tact. I’m not exactly sure how they do it, but there is a tenderness to their delivery that is instantly enchanting. Add to that the fact that they know their way around writing a catchy hook, and you got yourself an album that is absolutely comforting and quite hard to put down.

If you’re into the emo and math rock brands of alt-rock (think of a cross between Tigers Jaw and American Football, with a little emphasis on the latter as the glockenspiel is real with this one!) then I assure you’re going to have fun with this album. The emotions are bountiful and palpable, and each song has a groove that is smile-inducing and infectious. The production carries the same warmth and liveliness as their performance, zig-zagging through your senses like a familiar embrace in times of peril, and that is exactly what Start Again ultimately stands for. Lakes succeed in finding a more-than-satisfying balance between the pain in mental stagnation, coming to terms with it, and overcoming it.

“No Excuses” and “Start Again” – one of the album’s singles – capture this wholesome energy from front to end, with the youthful keys and vocal harmonies picking up a pleasing momentum amidst the fantastic rhythm section. The drums in particular are punchy, intricate, and dynamic – a sonic boost of caffeine to get you ready for the day. These head-bopping qualities are only complemented with tasty guitar noodling that is not overpowering and more so stands out as a reanimation of their midwest emo influences with great precision and respect.

Lakes also excel in exploring the more solemn crevices of being in this stagnant state of mind, though it is not executed for the sake of being dark or moody, and this is what might separate them from their influences and contemporaries. Be it the heartfelt but direct cadence on the vocals in “Matches” and “Peace”, or the expansive and lush climax found in the album’s second-to-last rager, “Retrograde”, Start Again shines primordially through its emotional maturity and how well that translates to the music. Honestly, after repeated listens I think the band is simply incapable of not stirring up some kind of emotion in you. It’s crazy.

As much as I am enjoying Start Again, I do find its overall flow limiting, and this is mostly due to the album’s rather simplistic execution on the opener and interludes (of which there are two in total). For instance, the transition from “Matches” to the interlude “Windermere”, and then to “Mirrors” took me a while to fully make sense of it in my head. The interludes are not bad by any means; it is just that they come off as superficial in comparison to the sheer power the rest of the songs convey. I similarly felt this dynamic with “Talk!” which, although it is an absolute bop of a song, gives the impression that it’s sonically lacking when compared to the rest of the album. But I digress – this song will stick with you for days regardless.

Dear readers, I urgently require your utmost support. Help me start getting people within the emo and alt-rock circles, and even those outside of them, to talk about Lakes, because Start Again is truly a worthwhile record. 2021 is no stranger to great releases and I really do believe that this album deserves its own spot there. 2021 is also no stranger to aggravating mental stress and trust me when I say that Start Again might just be the very thing that’ll bring you comfort and pick you up from the ground. The band’s careful but lively approach to growth and tackling difficult conversations is a tremendous display of what it essentially means to put your passion into music and, all in all, they have crafted an inspiring collection of resilient anthems. And look, if you just want to have a good time, don’t worry – the band also has you covered in that regard. Start Again is a recent discovery that definitely left its mark on me for the remainder of this year, and I wish nothing but the best for these folks’ future endeavors.