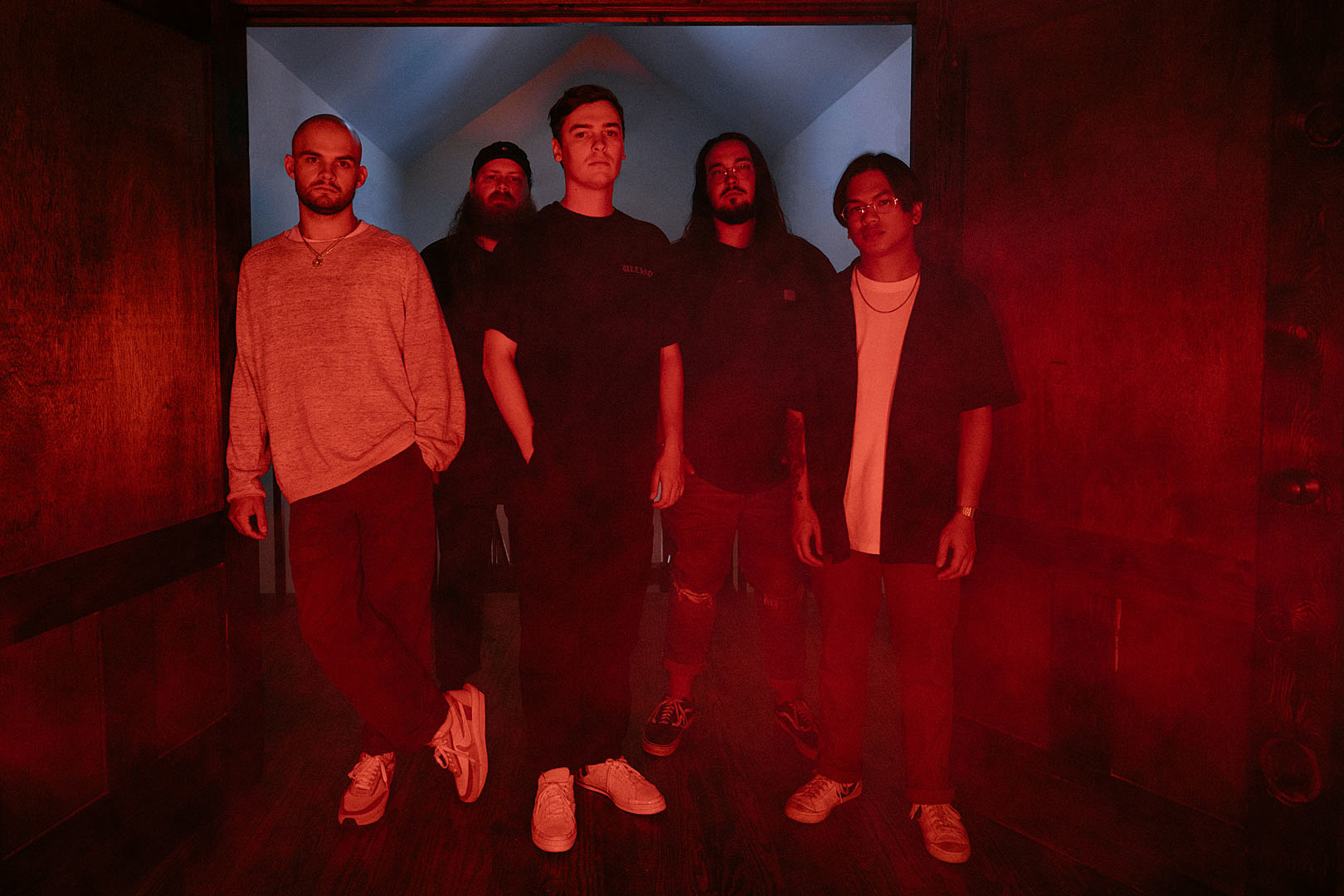 Knocked Loose – “A Tear In The Fabric of Life”

By Alex SieversNovember 17, 2021 No Comments

The grief-stricken and ludicrously heavy EP from Knocked Loose is the best thing they’ve done.

Rain pours, footsteps fall, a car door opens and then shuts. As the radio plays, the vehicle’s engine hums away as various snippets cut through: a sample report from P.T., glimmers of LeAnn Rimes‘ “Blue” (this band’s walk-off music for their 2019 tours), and “God Only Knows” by The Beach Boys, as well as a piece by the Alabama Sacred Harp Singers. As you’re pulled into this murky world, trying to make sense of these distant and random sounds, the mood is violently shattered by the screech of brakes – a fatal collision of twisted metal, as the wreckage smoulders underneath drummer Kevin ‘Pacsun’ Kaine’s surgical percussive hits.

At this very point of impact, Knocked Loose musically enact A Tear In The Fabric of Life, a 21-minute epic of buzzing, panicked, bench-pressing, death-metal-infused dissonant metalcore that sometimes goes slightly blackened. This confronting beginning is the awesome “Where Light Divides The Holler”, which confidently steamrolls through your speakers as vocalist Bryan Garris desolately wails, his register seemingly getting rawer and higher upon each new release.

It’s one hell of an opening statement, the kind of arresting introduction that really wasn’t expected from a metallic hardcore/metalcore band like this Kentucky outfit. Punching above their weight, and winning every round, the six chapters (read: songs) that weave A Tear In The Fabric of Life together make for the band’s best work in, um, ever. To borrow a cliché analogy, stepping under this EP’s shadow is like planting your feet onto the grounds of another dimension – walking through Knocked Loose‘s own ‘Upside Down’ that’s slowly become a harrowing personal reality. This is the bleak sound of mourning, taken to that next level of ferocity and heaviness thanks to engineer/producer Will Putney returning, making the band sound bigger and better than most of their peers.

Nothing before it in the band’s discography has sounded this fucking foreboding or as thematically complete as this EP does. As strong as 2019’s A Different Shade Of Blue was, this sucker is in a whole other realm of existence. The story behind A Tear… becomes even more palpable when watching the black-and-white animated short film (found below) that’s paired with it for maximum impression. It’s about those holes, those rips in the very fabric of our lives where a loved one once stood – dealing with how we grapple with their passing. Everything has a purpose here, both musically and lyrically, with Knocked Loose crafting an emotionally heavy conceptual narrative of depression and guilt, one informed by a real-world loss that bleeds over everything in extreme ways.

Everything is so cohesive, with multiple lyrical and sonic callbacks to their previous LP, all swirling around in cycles of pain and off-kilter mosh, making for the band’s most detailed listening experience yet. For instance, take how the fiendish guitars in the breakdowns of “Where Light Divides The Holler” evoke screeching car tyres, the inciting incident of this EP’s story, and one that takes the protagonist to madness. Or, how Matt King from Portrayal of Guilt guests on the jarring “God Knows”, and via his signature sinister high snarls, literally portrays that main character’s guilt of being responsible for their loved one’s death in that horrific accident. On the same track, returning to the fractured memory of the radio from the EP’s intro, we get a ghostly sampling of that Beach Boys classic for the outro, Knocked Loose dragging the romantically bittersweet intention of that 1966 song into a far darker realm.

Elsewhere, look to the ominous sounds of shovel meeting cold earth that end “Contorted In The Faille” (faille is just a patrician way of saying fabric), setting up the grim theme of obsession and rot – of actually digging up the deceased – that spurns on “Return To Passion”. The former sees Knocked Loose strike cruelly with such a nightmarish kind of heaviness that you can practically envision them floating just off the ground, like the levitating figure that adorns this EP’s cover, whereas the hellish latter track comes with two lyrical references to past songs (“In The Walls” and “Guided By The Moon“), feeling intentionally uneasy in its sporadic tonal and sectional jumps.

Knocked Loose have never been averse to writing a good breakdown. Previously, that was maybe to a fault almost, with such tropes being a giant crutch of their songwriting. Of course, the band retain pneumatic breakdowns here, like the skull-caver that hits right after the deadpan spoken-word delivery of the EP’s title on “Where The Light Divides The Holler”, or the mental breakdown passage following Garris’ bone-chilling cry of ‘I am with you now‘ when the fourth track reaches its fever pitch.

Thankfully, there’s more going on under the demented hood. There’s more towering walls of sound and deeper atmospheres: numerous times, Garris’ screams are drenched in reverb as the band’s heaviness spirals out of control into an unknown ether (peep the end of “Forced To Stay” for one such moment). It’s almost suffocating, but that’s the point – suffocating like loss itself.

There’s also no shortage of downtempo heaviness, pure blast beats, aggressive two-step, and pulverising grooves – the kind that displays the level of proficiency and lethality Garris and his bandmates – especially guitarist/key songwriter Isaac Hale (the guy behind those sick death metal grunts) have now reached. Along with sickening riffs, you find a lot of this on closer “Permanent”, a musical summarization of everything that this genuinely crushing EP captured hitherto about the permanence of death and how grief lingers; it caps off a release that is a whole new fucking shade of blue brutality for this band’s ever-growing immense sound. It’s in this finale that the EP, as it sifts through various stages of grief, manifests as an absurdly heavy, emotional feat. One that will be seen as a pivotal release for Knocked Loose‘s career and the scene in which they’re conquering.