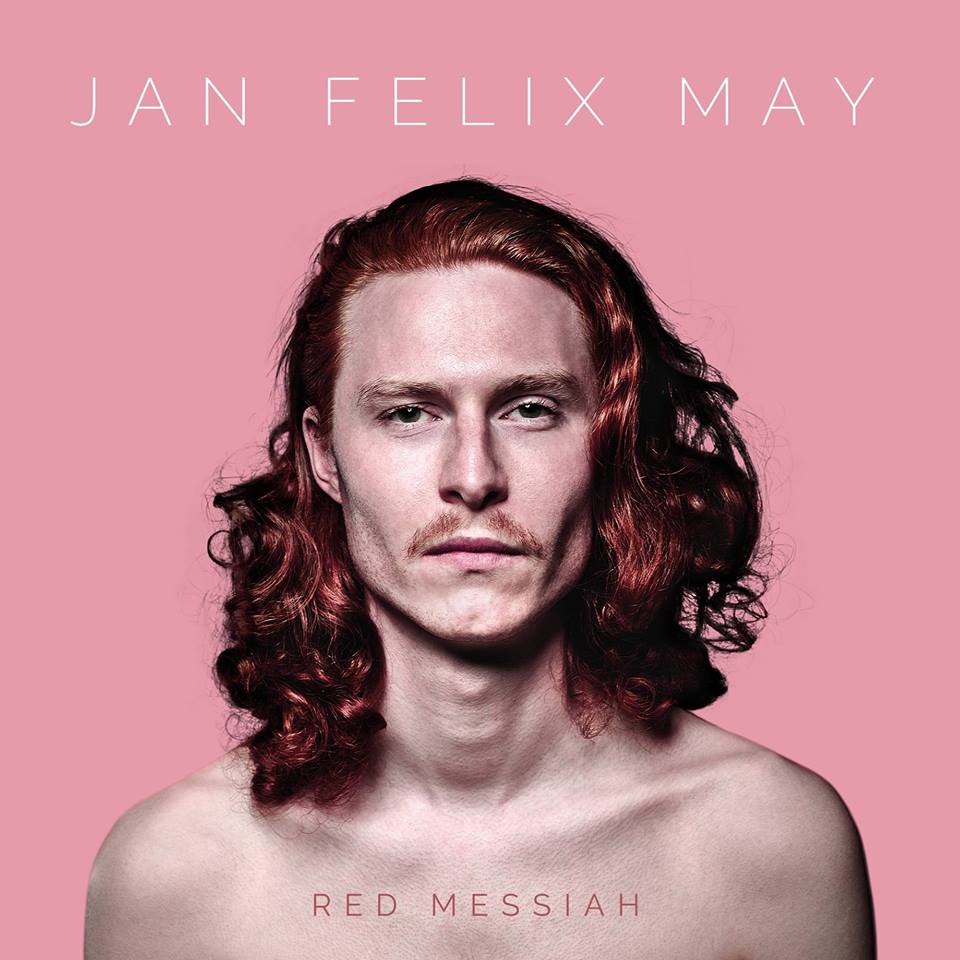 By Rodney FuchsNovember 4, 2018 No Comments

With Red Messiah, Jan Felix May released a modern piece of jazz music that incorporates influences like progressive rock, video game scoring and electronic music into an astounding sonic experience.

Sometimes good music is just around your corner and you don’t even know about it. Let me tell you a short story, a story of newfound music and the fact that it’s only up to you to discover it. So, I just started a new job at a venue in my hometown of Mainz, Germany. As I’m still quite new, most of the shows for 2018 were already booked, and I got to work with the booked bands and artists. On October 20th we had Jan Felix May and his band playing in our venue. I might have seen or heard that name before, but until then I didn’t know much about him.

Who is Jan Felix May?

Jan Felix May is a studied jazz pianist and professional musician who just came out with his new record, Red Messiah. The artwork shows him with open curly hair, all kept in slightly pink colors. Obviously, he alludes to Jesus with his red hair and the record’s title. As he stated in an interview he thinks that it’s not a bad thing to be humoristic about oneself, and clarifies that this is only a joke. Anyway, the aesthetics of the artwork clearly show the amount of self-consciousness he has.

My first spin of Red Messiah astounded me. Its very opening is a very smooth and chilled song called “May Love”, which is introduced by „Hardcore Bling Intro“ which, in turn, may or may not be a reference to another song on here called “Hardcore Bling”. That one’s the eleventh song on the record, so it makes the coherence a bit weird. Either way, it shows that the album is somehow connected and has a thematic coherence. The aboved-mentioned intro is basically a wild mixture of piano playing, electronic elements, and an odd-time beat. It almost sounds like a modern version of Tigran Hamasyan‘s early work, with some synths incorporated into it. At times these inclusions also remind me of game scores. Just take a listen to the beginning of “Leaving P.”; it might make you think of an 90s RPG.

“May Love” is one of the few songs on the record that feature some vocal components. Here, the vocals add to the uncommonly structured beat (a 6/8 is followed by a 7/8). This time signature is definitely odd, hence why it sounds a bit superfluous when the beat gets an additional 1/8 on top. But the vocals provide a cohesive streak that gives this song its flow and makes the time signatures appear much less problematic.

A thing I noticed when listening to Red Messiah is the following: once the band settles into a certain time signature, they don’t stray away from it. Due to this mannersim, one gets used to the accentuation and rhythm rather quickly, which leads to them feeling natural with time. Jan Felix May adds his very own style of piano playing to the perpetual background. At some points it feels a bit too improvised, while at others it simply astounds you with a great choice of tones and articulation. The chord works and meters are particularly impressive on Red Messiah. You will find one such example at the very beginning of “Internal Conversation Is Keeping You From Love”.

“I Will Never Lose You” might be the jazziest track on Red Messiah, which features a very well-played sax solo. The track is clearly geared to the soloing instrument as well as the piano, but please don’t forget about the rest of the band, and especially the rhythm section, who really nail their job with a super groovy background and articulated details that work to support the piano. It might be coincidence or direct influence, but there’s also a very Rush-esque part within “I Will Never Lose You“. Just tune in on the six minute-mark and you’ll know what I’m talking about. “Major“ creates another reference to Tigran Hamasyan with its vocalizes and a proggy undertone. It also boasts a distinctly prog rock-/prog metal-sounding odd-rhythm break. Said break is followed by some reversed chords and a jazz part. At this point, Jan Felix May sounds a little BTBAM-esque, which shows that some of his influences might lie in the realms of progressive music.

At the end of the day, Jan Felix May created a good album of modern jazz music. There’s plenty of influences to be recognized in his work, which shimmer through at several points. He has the privilege of having a compelling band behind him that builds a very strong musical background for him to play off of. Several vocal samples make for a good heterogeneity, and the overall mix of moods is aptly displayed in the songs. Consequently, Red Messiah is an entertaining experience with many sides and different approaches to offer. If you’re looking for jazz in its classical tradition, there are only some songs on here that you’ll like. But for illuminating jazz from a modern, progressive, and diverse point of view, Red Messiah is your go-to, proving that the German jazz scene still has new talents to offer!