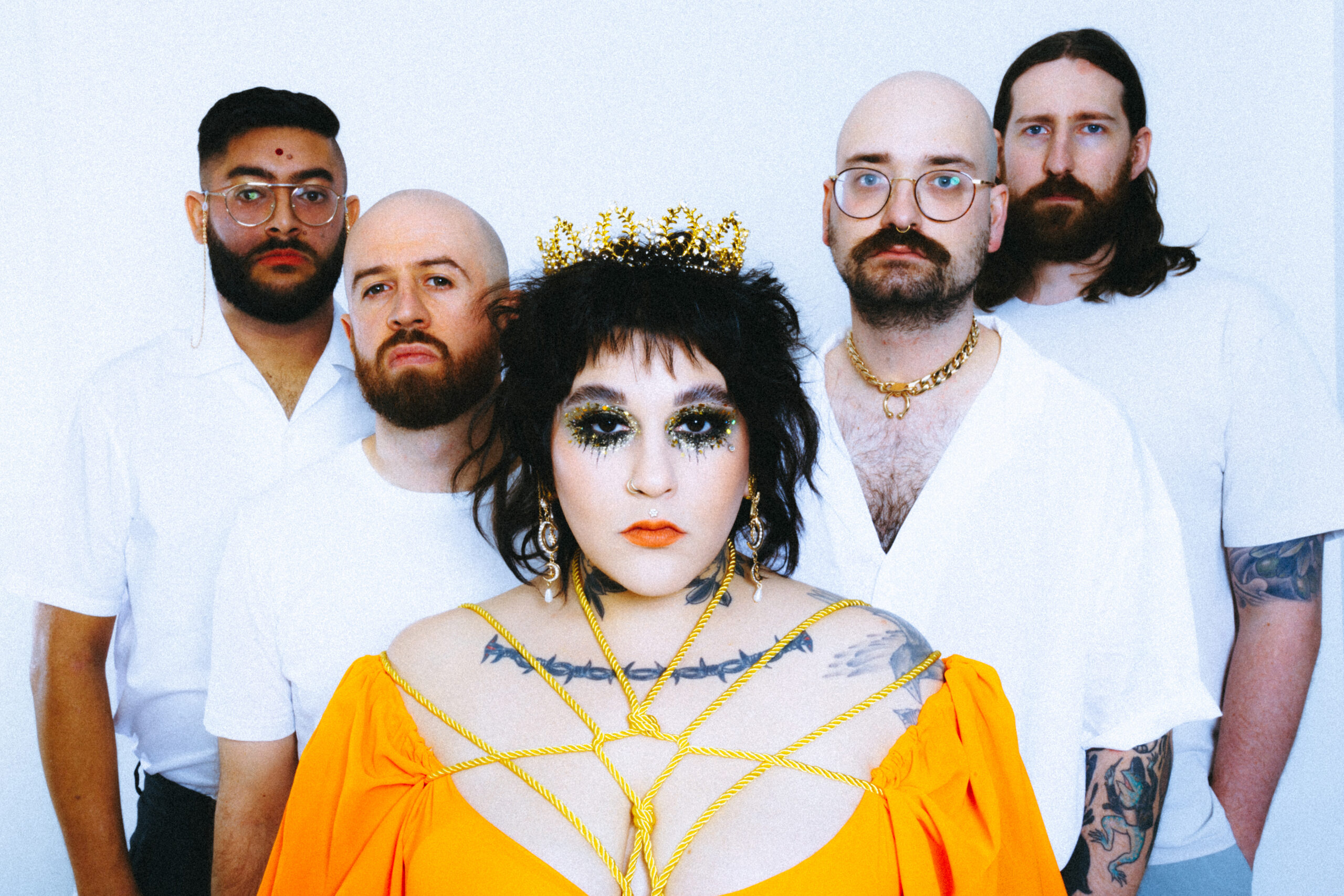 Ithaca do just about everything they can on They Fear Us to subvert expectations with tremendous growth, uncomfortably relatable themes, and a tenderness you wouldn’t expect to find on a record like this.

It’s a stereotype for a band to lose what made them special between their debut and a disappointing, even middling sophomore effort. There’s a lot of pressure there – a debut project may establish a sound, potentially underdeveloped though gripping, and lock into listeners’ minds an expectation of not only quality, but also overall sound. This is largely on the listener, sure, but I’d be lying if I said I couldn’t think of a few bands that took their opening curtain for granted and squandered it in some way with a premature curtain call. That’s hard to come back from, and it’s the difference between a flash-in-the-pan artist and a consistent one.

Ithaca struck me as the type of band that it could go either way for with their second full-length effort: a leg broken trying to keep up appearances of their rattling hardcore, or a mastication of the doubt found in the former statement, spit into the faces of those who held that belief. Haters if you will. I – we – should have known from the moment we learned their next album was called They Fear Us that it wasn’t only a title, but a manifestation of potential, a realization of growth made apparent, and a sign of things to come. A brighter future.

Hardcore really gets stuck in its ways, and while I like that sometimes, it’s much better when adapting adjacent ideas in interesting ways to supplement the power and rage of its base components. Ithaca‘s first album, The Language of Injury, flirted with post-hardcore tenets for instance. They Fear Us is softer, gentler, and more emotional without losing any of the heft you’d expect from a band like them, channeling metalcore more than anything else at times with some of the riffing and vocals found throughout this album. I don’t even like metalcore like that, but find its melody-first mentality very palpable – that’s exactly the kind of thing you can find here thankfully.

But let’s not get too hung up on the labels. Anything I or you could say about their sound is readily apparent in any of the songs on this album, with relevant tweaks of course. You can listen to “In The Way” and hear the searing guitars, steadfast drums, and emotional vocals. Which leads me to another point of focus: vocalist Djamila Boden Azzouz really stepped up her game on this album in a way that’s seriously impressive. Already known as a consummate screamer, she really lets loose with clean singing on nearly every track, adding a shade of serenity and grace to They Fear Us which is much appreciated seeing as the lyrics themselves tread on some dark ground:

Loosely interpreting the themes of the songs on this albums doesn’t yield much in positivity until the end. There’s allusions and references to abuse, trauma, familial violence and issues, addiction, personal demons, and more, all flanked by some of the best songwriting I’ve heard this year. It reads like a coping mechanism: inside is the turmoil of interpersonal relationships and the social world at large, but outside is a catchy, cathartic, approachable shell holding it all together. It’s the poised yet deflecting ‘I’m fine‘ when someone asks ‘are you okay?‘. That sort of dynamic – though each side far removed from the other – is married together for a lot of us and therefore makes it keenly relatable in the sort of way hyperspecific memes about depression or suicide ideation do as well, at least to my generation.

The title track is wrenching yet melodious, and as a single, it was a testament to the forces that Ithaca were to command on They Fear Us. The chorus in particular is ominous, but retains a lovely, singable attribute thanks to how Djamila delivers it. “Camera Eats First” is a similar, really ensconced in a neat groove by the time the second verse hits, all around the inescapable torrent of caustic vocals. But it’s the last two songs that really take hold and bring everything full circle, and they’re among the only glimmers of hope to find on this record.

“You Should Have Gone Back” is still hardcore at its center, literally, though it’s bookended by atmospheric spots that say more with their relative stillness and gentleness than another ripper would. Lyrics sting of missed opportunities and the melancholy that comes with leaving people behind because they didn’t grow with you (‘You should have gone back/Now there’s no time for that/You never learned peace/But I know who I am‘). Ithaca channel their post- past as it bleeds into the album closer, “Hold, Be Held”, easily the best song on the album. The guitar melody channels Tears For Fears, while the rest of the instrumentation follows suit with its reverb-laden take on an ’80s ballad, one that’s about finding closure and flips the language we heard back on “In The Way” in powerful ways:

This is Ithaca like you’ve never heard them before, painting the picture of what is for too many a fantasy, and a reality for too few of us: escape from torment that plagues us. It’s profoundly empathetic and such a strong close for an album that was, up until this point, all about violence and rage on some level. Djamila’s range really shows when she breaks out the falsetto toward the end – it’s captivating, and you can really hear the emotion in her voice when she sings ‘How much more can I take? When will I heal?‘, personifying the child in us all with unresolved trauma that just needs a hug and a light to guide them. It’s so beautiful, it brings me to tears whenever I hear it, and I imagine it will others too. This is the best song Ithaca have ever put out.

On the whole, They Fear Us is almost exactly what I expected from Ithaca, and very much not. It’s easy enough, relatively speaking, to push your craft forward – tighten up writing, become more flashy players, or mature in how you approach music – but to dare to be different in a meaningful and relevant way takes something a lot of bands struggle to conjure: guts. It’s apparent now more than ever before that the five-piece have that in heaps, and it only took four years since their debut to realize it. That makes it sound easy, but, given the content on this album, I’m sure it was hard-won and difficult to distill the types of feelings and thoughts that made this possible into something coherent, let alone this sharp of a record. But that’s exactly the kind of people we’re dealing with in Ithaca, and I hope they have the eyes and ears of their peers and fans, old and new alike, as they push themselves and the genre forward.