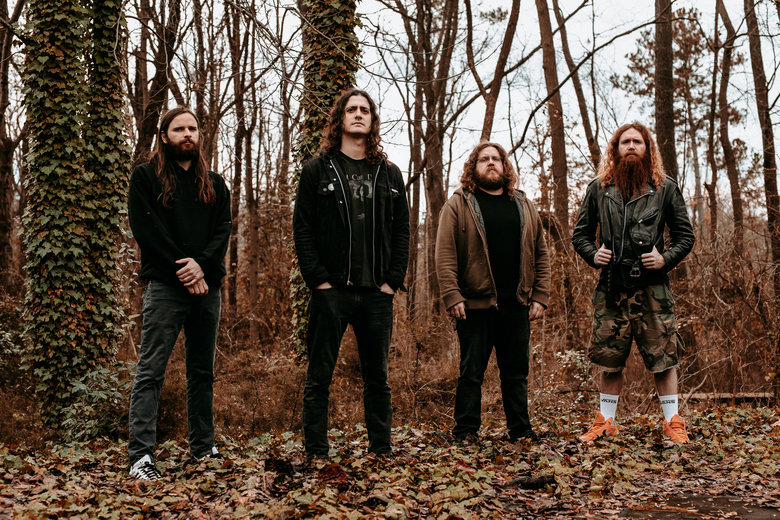 By Jake WaltersApril 5, 2019 No Comments

Inter Arma perfect their blend of sludge, doom, and psychedelia to great effect on Sulphur English, making it one of the best albums of 2019 so far.

I strive to be an even-tempered person who remains somewhat unphased by hype and expectations. Getting your hopes dashed is painful. Sometimes, though, it’s tough to keep a lid on my excitement when an artist or band I enjoy and follow closely releases new material. Richmond, Virginia’s own Inter Arma are a band that has steadily grown into one of the premier purveyors of heavy music active today. Their blend of sludge, death, doom, and psychedelia is a deadly concoction. With each subsequent release, they have zeroed in on what makes them special and honed their sound into something unmistakable. There’s really no one else that sounds like them. On Sulphur English, they reach deeper into their bag of tricks and manage to pull off some of their most stunning material yet. So, were my high expectations justified?

One thing that Inter Arma absolutely nail is their sense of the sinister. The atmosphere on their records is murky and dangerous. When I heard the first single from the album, “Citadel”, I was worried that this element was absent altogether. Sure, the song was a weighty death doom affair, but that special sauce wasn’t quite coming through. I still liked the song and was determined to not grip my opinion too tightly until I heard the track in context on the album. This was the right call. After the build from “Bumgardner” and “A Waxen Sea” (both great tracks in their own right), “Citadel” was a cathartic headbutt that the album needed. Its purity was a reprieve and not the norm for the album, which is what I selfishly wanted.

Placed in the fourth spot on the tracklist, “Howling Lands” is also no slouch. With quaking drums, a gong, and throat-shredding howls from vocalist Mike Paparo, this track embodies everything I love about Inter Arma. Sludge is leaking out of every note along the way, and things continue to whirl into a tribal crescendo before dissipating into perhaps my favorite song on the album, “Stillness”. This was the second single released from the album, and it was at this point that I knew all of the love and hope that I had stored up for this new material was indeed justified. The slow-rolling guitar, deep baritone vocals with haunting harmonies, and a mood that’s mournful and beautiful – these all make this a contender for my favorite song of the year so far!

A key element that helps take an album from good to better, in my opinion, is a real sense of structure from start to finish. Having a destination in mind is key. With Sulphur English, Inter Arma scoop and sprinkle their genuinely unique sensibilities into this journey of a record in just the right amounts. There are times such as on “The Atavist’s Meridian”, where it seems like this outfit from Richmond has found the key to being the heaviest band in the world; then they will flip the script, as they do on “Blood On The Lupines”, and find a way to creep into your nightmares rather than outright kicking the door in. Each facet of their sound, however, is executed with perfection. As the record draws to a close, the sense of finality and catharsis grows.

It’s clear that by now, I think that my hype and hopes were fulfilled by this album. Not only did my expectations get shattered, but I truly feel that I am listening to something otherworldly and significant when Sulphur English is being piped into my ears. Inter Arma have long been a band that knows what they are aiming for, and with this record, they hit the bullseye. This will go down as one of the best releases of 2019. It’s a bleak, cavernous set of songs that surprise and crush at every turn.