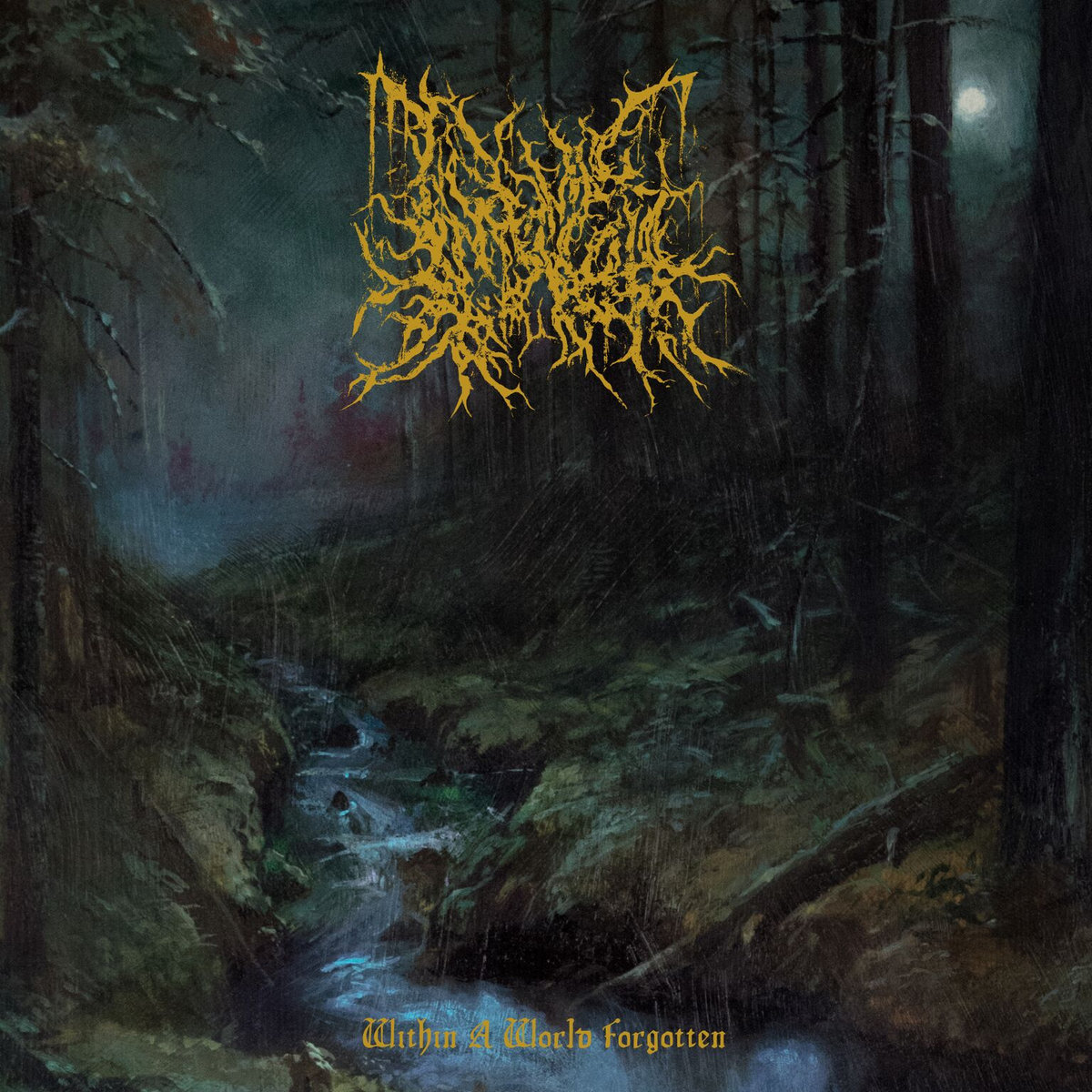 Infernal Coil – “Within A World Forgotten”

By Jake WaltersSeptember 15, 2018 No Comments

Infernal Coil have created a surprisingly deep, dynamic album that shines as a debut for their blackened death metal assault.

There are some known hotspots for death metal around the globe, such as Sweden or Florida. Today, we get to discuss death metal from a place that pretty much no one would guess: Boise, Idaho. This is a location that rarely makes national news in the US, as it’s a somewhat isolated city, in a state where not many noteworthy things happen. No offense intended Idahoans. However, places such as this can be breeding grounds for incredibly interesting and original material. Infernal Coil have released two EPs over the last two years, but now comes the time for their debut LP. Within A World Forgotten is being distributed by Profound Lore, and there really couldn’t be a better fit. This brand of blackened death metal is well-suited for the label, and will serve the band well as they continue to grow their appeal.

“Wounds Never Close” is the opener and it’s a scathing ripper that concludes just shy of two minutes. Imagine mixing the grind aesthetics of Anaal Nathrak with death metal style of Imperial Triumphant. Generally, I prefer not to make these kinds of comparisons, but given that this is a newer band without an extensive back catalog, I think it’s a fine way to get you on board with their sound. It’s cacophonic, but focused extreme metal that still finds ways to build an interesting atmosphere. The first two tracks are pretty similar, in that they are short, brutal as hell, and deeply cavernous. This won’t be a gateway album to get your friend into death metal, it’s an earned listen.

There are seven tracks on With A World Forgotten and each song grows more expansive than the last, in both runtime and dynamics. “49 Suns” is near the midpoint of the album, and near the midpoint of this near ten-minute song, things take a drastic shift: the noise ceases nearly completely, aside from acoustic instrumentation and an atmosphere that would make Wolves In The Throne Room proud. This steep dynamic gives the listener a moment to breathe, but also sets up the following track extremely well. “Reflection Of Waldeinsamkeit” returns many of the elements heard in the first half of the album, but does so with more warmth than previous songs and a thicker atmosphere. Lastly, I’ll tough on the closer, “In Silent Vengeance.” Its eight minutes are awash in a thick pagan atmosphere, disembodied voices foretelling catastrophe, and furious black metal drumming.

Of the many things that I enjoyed about listening to this album, the greatest was the genuine sense of adventure when traversing the album from start to finish. Its manageable length makes that easy, and was no doubt purposeful to allow listeners to make the journey easily. I expected the massive walls of sound, ear-breaking vocals, and rhythmic prowess. What I did not expect was the depth of atmosphere and the warm respite that came halfway through. It’s always a joy to hear a band be so intentional with pacing, especially on their debut LP.

Infernal Coil have sculpted a unique space in which to operate by cutting away everything that isn’t exactly what they want it to be. Within A World Forgotten shines as their debut in that the music, production, and vocal prowess are spot on and that they crafted an album, which allows these elements to shine. At thirty-six minutes, this album knows that too much of this could be exhausting. It’s also a surprisingly deep and dynamic album, with some fascinating choices, varied approaches, and rich textures. My curiosity led me to this album and I after one listen, Infernal Coil had a new fan.