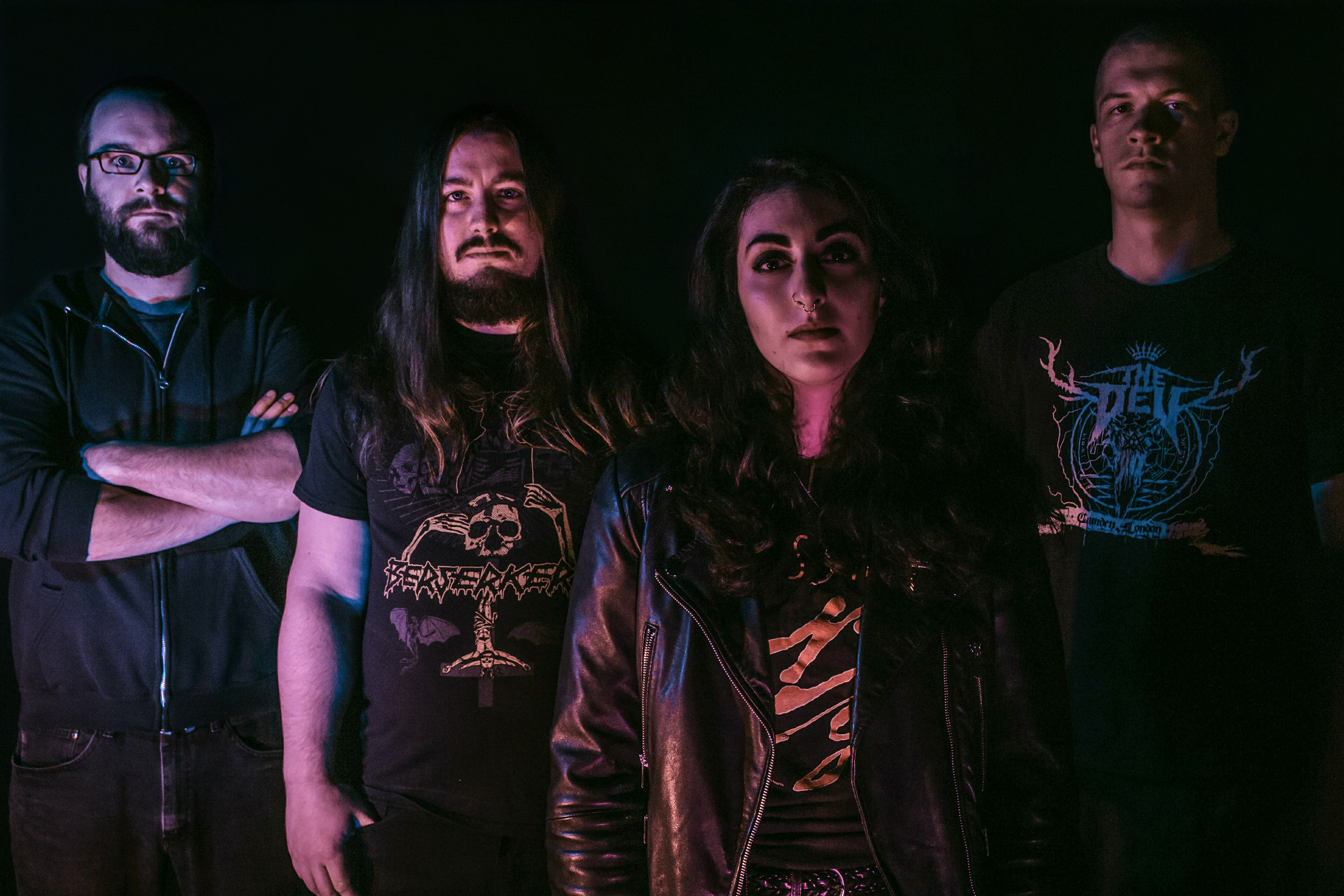 Immortal Bird return to the nest to feed fans with unbridled savagery that’s gotten some real nice fine-tuning in the band’s absence.

Damn, I’ve been waiting for this. Immortal Bird last came through with an LP in 2015 called Empress/Abscess, which chewed up and regurgitated me just as any hospitable bird would do. Why were they so memorable? What was captivating about them that I’d wait well into 2019 for new stuff? Why is the bird immortal? It was a simple stylistic choice on the band’s behalf to not stay locked down to one particular sound, instead treating heavy music like a big, open sky to explore. I was starting to feel neglected by Immortal Bird, but I converted that neglect into strength. You might say I thrived off of it. So it’s nice to see that not only have the band returned with a new album, but it’s also named after that experience!

If you’re feeling indecisive about what kind of metal you want to listen to, you’re bound to find something to grasp onto with Thrive on Neglect. The beauty of Immortal Bird is their seamless integration of several styles. It’s not as heavy-handed as ‘here’s song A, a death metal opus; and song B, our doom track’ – rather, the band seems to take elements or interpretations and expressions of certain flavors and effortlessly weld them together with some solder-hot aggression. This bird’s power is found in its unity and diversity.

With only seven relatively hearty songs, the temptation to talk about each one and how good they all are is high. So I will try to… contain myself, while also highlighting the brutal majesty of Thrive on Neglect. One of my favorite tracks is “Vestigial Warnings”. It has an ascending guitar riff that sounds like building anxiety. It’s searing and menacing – almost as menacing as the savage pick sweeping later in the track (and then even later in “Quisquilian Company”). The pace switch-up in the middle is absolutely uncalled for, but I love it. Already, three songs in the track list, this album is proving to be a far-reaching punch to the forehead. I’m happy to say it’s not even close to stopping the dynamics or the aggression, especially with a rhythm section hopped up on hardcore punk ethos.

Later, we get “Avolition” which has two distinct melodies that trade off, one of which give it a little Gojira vibe with its rapid-fire guitars that rest on a sustained note before repeating. It all sounds appropriately world-ending, and it’s a mood that’s given new life with a calm outro that one of the only points of solace on the album. Speaking of solace, the next song “Solace in Dead Structures” is the perfect aftermath to that whole vibe, moving from a slow and plodding build to the patented mix of blackened, sludgy death metal that’s more often than not the main thoroughfare Immortal Bird travel on. No matter what form the instrumentation takes on, you can always count on the vocals being seething and raspy. Rae Amitay really digs down deep sometimes to put some extra lowness into the harshness, coming off as a harbinger of pain. I’ve always enjoyed her vocals, but they’re clearly stepped up here which is always appreciated.

I love it when heavy albums build to a breaking point and that’s exactly what we get with “Stumbling Towards Catharsis”. Goddamn, after an album has been so relentlessly void of fucks, to lead to a seething powerhouse like this song is almost unfair for any breakable objects near your person. If Thrive on Neglect were a weapon, its final track shows a finished blade tempered and hammered to battle-ready perfection, the payoff of four years of hard work all culminating in groovy moments of unmitigated ferocity. I really like it. I would like to give a nice shoutout to the production as well – for as polished as the band come off, that is no doubt thanks at least in part to those behind the boards, in this instance none other than Dave Otero (Archspire, Cobalt, Khemmis).

Thrive on Neglect is an audio bore into the head of anyone lucky enough to hear it. It impresses upon you that there’s still refreshing metal out there, something easily forgotten if you forget to look below the surface. My advice: check out this album, really take it in, then go back to see what they achieved years ago. This, if nothing else, will make you appreciate the growth and progression seen in this work, but ideally it will show you the greatness I saw in Immortal Bird years ago. It’s awesome to see them capitalize on that potential and I await whatever greatness they bring back to the nest in the future, however long that may take.