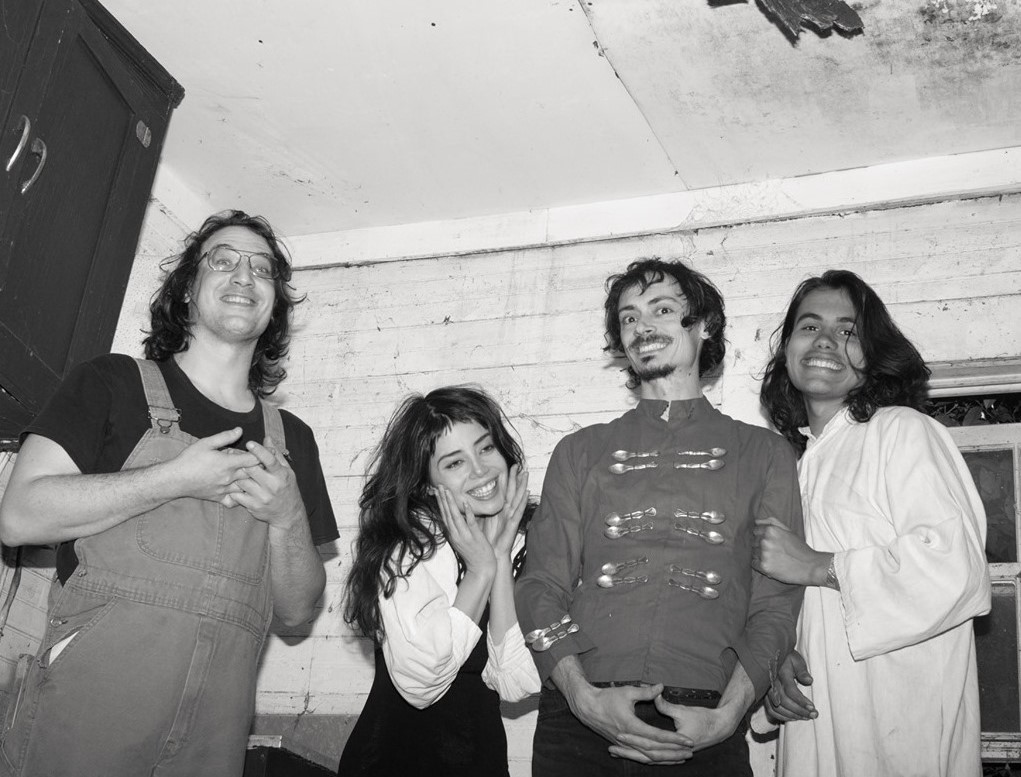 Immaterial Possessions invite us into their own eccentric world of the unknown, and it’s a fun place to be.

Though extravagant in their image, Immaterial Possession appear fully intent on allowing listeners to absorb their music at each person’s individual discretion. This album contains lashings of notable psychedelic qualities, mixed in with some clear traits of pop, folk, and indie. How the entire affair gets interpreted past that point is down to you and you alone. Though as I’ve already said, psychedelia plays a big part, so you know from the outset that you are in for a ride.

Immaterial Possession‘s album of the same title contains 11 tracks of dreamy mystique. Within its own clearly marked boundaries of bewildered reasoning, it drifts from the heavy, right through to the sombre, but mostly it floats across a river of intrigue, choosing to not rely too much on rigid human emotion in favour of presenting the mind with deeper puzzles and ideas. Recurring traits include a steady 70s-esque bass tone, some gently distorted guitars of the same period, and all manner of keyboards designed to operate in matrimony with the above. Credit goes also to the dynamic range of vocals sung by female and male band members.

However, despite the unashamed homage to the hallucinogenic sounds of half a century past (and their superbly bizarre videos are a strong indication of this), this album is more than just a nostalgia trip. It contains enough clout and clarity to exist fully in the now. It just so happens that this project is made with a clear sense of direction, within a small pocket of style inside a vast spectrum of psychedelic rock. When considering that, one cannot really place a fault with this record. If you have even the remotest taste for the aforementioned nuances, then you’ll have a hard time resisting the album’s alluring charm for any more than two back-to-back tracks.

After all, there is many a brilliant moment to be found. Take the eerie, bouncy thump of “Midnight Wander” and the majestic gorgeousness of “See Through Stares” as but two examples of record’s outlandish yet irresistible charms. Such layered trinkets continue in equal depth, right through to the gentle closure of “Nightcap”. Ultimately, the album does a lot of things. At times it feels content in simply serenading whatever ears pass it by. Other times, it breaks up its own intuitive narrative with some assuredly weird instrumental interludes, and along the more linear moments of songwriting, it carries the mind through deep burrows of intensity. It’s clear that Immaterial Possessions advocate a free and open perspective of the world around them, and the sounds of their album evoke this, full force.

For all of its otherworldly meandering, and I mean that as the best of compliments, Immaterial Possession stands as a fully focused and driven piece of work. To have such boundless strangeness and creativity can only be the product of a group of individuals who are totally locked in and ready to get the job done. In turn, the listeners get treated to a feat of grand imagination and airtight songwriting. As loyal disciples of the weird and wonderful, Immaterial Possession do serve, and this is an album destined to sit never too far back in the wandering mind’s playlist for any long stretch.