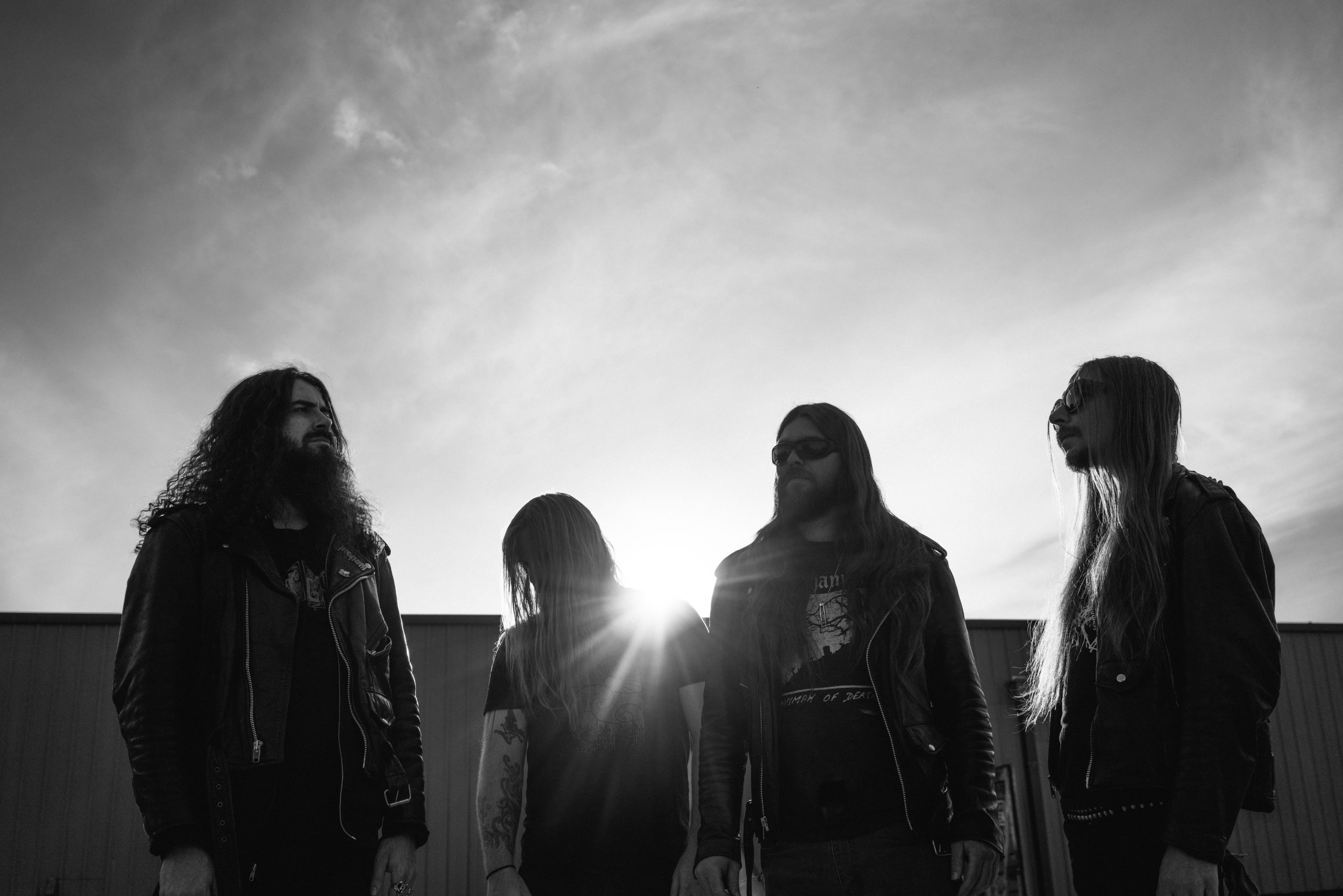 Drouth – “Excerpts From a Dread Liturgy”

Excerpts From a Dread Liturgy sees Drouth deliver an engaging black metal record with some stunning icing of death-doom metal.

One of the joys of writing is discovering previously unknown (to me), established artists; it is what keeps me going. Last week brought to my ears the mesmerizing black metal of Portland’s Drouth. The band has been around since 2014 (starting under the name Contempt in 2012), but Excerpts From a Dread Liturgy only marks their second full-length following 2017’s Knives, Labyrinths, Mirrors. The lack of quantity over the years is made up for by the quality of their material, and Excerpts From a Dread Liturgy sees them continue to perfect their skills.

With just two weeks of interaction with the band’s catalog, I feel confident to say Excerpts From a Dread Liturgy takes everything that came before, refines the finer bits, and aggregates the extreme chunks, resulting in a much more cohesive and engaging album. Playing a polished modern style of black metal like their compatriots in Gaerea and The Great Old Ones, Drouth add the slightest mix of death metal, resulting in a bit more of a diverse and original-sounding album. For what may seem like an endless stream of blast-beats, tremolo riffs, and guttural vocals, there are neatly executed song structure and dynamics to be found just below the surface for every song.

Take the impressive opener, “A Drowning In Sunlight”, for example – it builds the atmosphere in mere seconds, before the sonic assault commences. It manages to maintain full-on aggression all through its eight-and-half minute runtime, without becoming too monotonous at any point. Drouth do this with some carefully put together structures. Exactly a minute into the assault, the song drops a melodious breather before picking up pace again, drawing in the listener’s complete attention, before adding a perfectly complimenting layer of death metal.

A lot of different elements are put together into each track, and a non-attentive listen may make them fade in the background. “O Time Thy Pyramids / An Unfinished Nightmare” may appear to be a reckless, powerful bashing of seven minutes, but it stunningly incorporates a death-doom two-minute opener. This segment, on its own, could draw comparisons to the likes of Bell Witch, but feels even more pronounced due to the sheer anguish that follows. Where the galloping riffs remind one of the likes of Blaze of Perdition, the classic old-school death metal solos brought to mind comparisons to acts like Blood Incantation.

Sadly the record falls short of complete perfection due to one minor quibble – the lack of memorability. Once the album comes to an end, it becomes hard to recall beyond a few random touchpoints, even after multiple listens. While full of aggressive riffage, there is a lack of any real hooks that get stuck in one’s brain. The likes of “An Apiarist” and “A Repulsive Act Shrouded in Flesh” succeed in establishing a melodic black metal atmosphere, but fail to bring in the killer punch, and end up being the middle-of-the-pack runners. On the positive side, the instrumentation is excellent: the dual guitar attack by Matt Stikker and John Edwards generates both the melodic atmosphere and the barraging assault. Patrick Fiorentino’s drumming is on point and perfectly complements the guitars, while Tyler Wolfe’s bass lines shine out during the slower sections.

Even if the album closer “A Crown of Asphodel” makes me wonder how Drouth would sound if they worked on more compact and shorter songs, I cannot take away the fact that Excerpts From a Dread Liturgy is an engaging listen. It both embraces and suffocates the listener, as we dance between death, doom, and black metal – a fascinating style, with hints of an even greater potential. Needless to say, I sincerely look forward to hearing more from Drouth in the future.