By Robert MiklosNovember 15, 2019 No Comments

Hypno5e are back in full force. A Distant (Dark) Source is a journey of epic proportions.

Hypno5e is one of the best things to have happened in metal. They’re a metal band hailing from France. They formed in Montpellier some sixteen years ago, embarking on a unique journey. They are comprised of Emmanuel Jessua on guitars, lead vocals, charrango, piano, and portugese guitar, Cédric ‘Gredin’ Pages on bass and backing vocals, Jonathan Maurois on guitars and last but not least, Théo Begue behind the drum kit. Hypno5e dubbed their particular blend of music ‘cinematic metal’, which to those who haven’t listened to their music may sound a tad pretentious, but it’s quite the contrary. Believe me, it’s more than fitting. Their unique blend of riff oriented extreme metal, with progressive and post tendencies that coalesces with Latin folk and ambient, is truly a sight to behold.

They also have lyrics in French besides English and even in Castilian Spanish (noticeable on Shores of the Abstract Line, in particular). Don’t worry though, they have never published lyrics for their songs and this will likely not happen anytime soon. The band states that they wish to give the music a mysterious ambiance of ambiguity, and let the listener understand what ultimately makes sense to them. When listening to their intelligible lyrics, it is obvious that they are imbued with a strong personal and emotive perspective, while retaining something of a philosophical approach. I honestly wish I could have actual words to mutter while listening to their songs, but this is a truly special approach to the lyrical angle.

Des Deux L’une Est L’Autre and Acid Mist Tomorrow mark the brutal, visceral, and raw edge of the band’s delivery, raging unhinged at whatever is in their way with a remarkable force. Shores of the Abstract Line is an attempt to refine these things. Alba – Les ombres errantes is, for the lack of a better phrasing – a breather. Enter A Distant (Dark) Source, which is undoubtedly the distilled refinement of nearly two decades of experimenting. I would like to spend the rest of this space drawing an infinigon of comparisons between the current album and its predecessors, but that is impossible. Why? Well… A Distant (Dark) Source is a different beast altogether when holding all the others next to it. It is the fully bloomed result of that ‘cinematic metal’ phrase, whereas the others had something of a different scope in the end.

I’d like to share what the band had to say about the concept of the album, before I delve into it:

‘The album is an inward journey to the land of the ghosts of the past. At the origin of this distant dark source lies Tauca, an old Paleolithic lake located in Bolivia, where singer and guitarist Emmanuel Jessua has grown up, and continues to find inspiration for his musical endeavors. Lake Tauca disappeared more than fifteen thousand years ago, leaving behind an arid land and salt lakes. A Distant (Dark) Source is the musical imagination of a night in this desert, during which the old shores of the lake see the return of the shadows of the people who used to live in this area before its disappearance. A man comes back to the lake to look for the shadow of the woman he loved. The album tells the story of this ephemeral return.’

A Distant (Dark) Source is made up of five songs, three of which are broken down into three parts each. “On The Dry Lake” really kicks in all the gears of this ethereal concept, lunging us head-first into something foreign, yet all too familiar. The opening track quickly dispenses with pleasantries and charges with a blast of textured subtleties, which are propelled by the intense drumming and riffing. This blast is cut, in what is a trademark move, by the ethereal glow of the cleanly sung part, which acts as a chorus as well. When it comes back at half-time, after some more assault, it increases in its epic scale. The strongly melancholic charge of the melodies intertwines beautifully with the metallic weight behind it. Basically, the record opens with a pocket symphony in the key of experimental metal.

“In The Blue Glow Of Dawn” begins with a tune that feels like it’s an echo that trails off of the opener, with a suave tone and a gently wistful demeanor. This leads us slowly across the billowing mist of the record’s story right into one of its parts, which rapturously exhales this visceral mettle that is oh-so-aptly contoured by the metallic edge. Reaching the final part of this song, we notice how it’s twisting and turning deeper into the eerie mystery that has been conjured. It does so by taking from the previously laid down and adding some atmospheric magic to lend proper cinematic gravitas to its narrative.

The title track, “A Distant Dark Source”, begins somewhat similarly to the previous song. It opens up softly before heading for the denser parts and it takes up the middle part to develop all the crushing bits into fully formed scenes of action. Just as similarly it utilizes the space of its final part to grant a fitting and elevating coda for the first parts. This sort of structural artifice basically makes it possible to have several stories within a story. I’d also like to note that the riffage right here in this last part is some of the heaviest all around and it comes adorned with some really nasty breakdowns.

“On Our Bed of Soil” takes the same introductory cue as the songs before, creating deeper shades in the framed story that unfurls. Around here we see how the ‘story within a story’ idea is reinforced. With the bright melodic cues that somehow bring more drama onto the stage, we understand that stories are like this in real life, too. When broken down, they can be seen as several stories that eventually make up a big one. It is truly amazing that such a trait managed to make it into an album. This dramatic edge also greatly enhances and deepens the cinematic experience of the music.

“Tauca – Part II (Nowhere)” ends our journey across realms and times. It does so by reprising a few ideas from the opening song and thundering out with a shattering ending that slowly oozes out on a distant piano tune, accompanied by garbled samples. A fitting end to say the least. While all in all this is a mesmerizing experience, it isn’t quite flawless. I know it’s rather nitpicky of me, but I can’t help and feel that for each of the the songs that consist of three parts – the first one is longer than it should be. Considering the album runs a generous seventy minutes, it wouldn’t have been a stretch to trim them a little bit. I also find it somewhat unusual that the highest musical and emotional point of the album is on the opening song, but I guess that’s how it was intended.

A Distant (Dark) Source is an unnervingly beautiful and riveting journey. I’m not sure what else can be said about it that would make sense in words, in a way that doesn’t undermine its scintillating essence. Hypno5e are one of the most compelling musical acts in the extreme metal scene and their existence elevates this realm. Yes, these are big words, but just wait till you hear these big tunes. 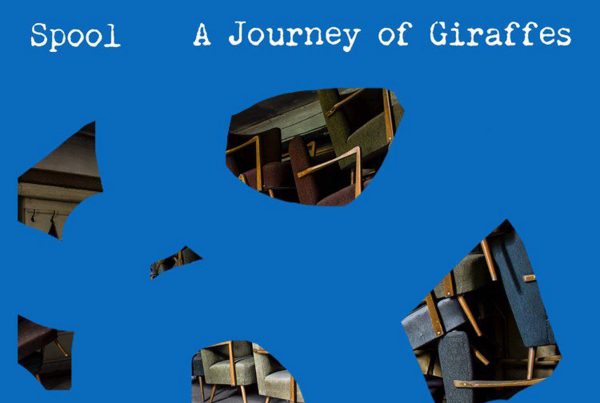