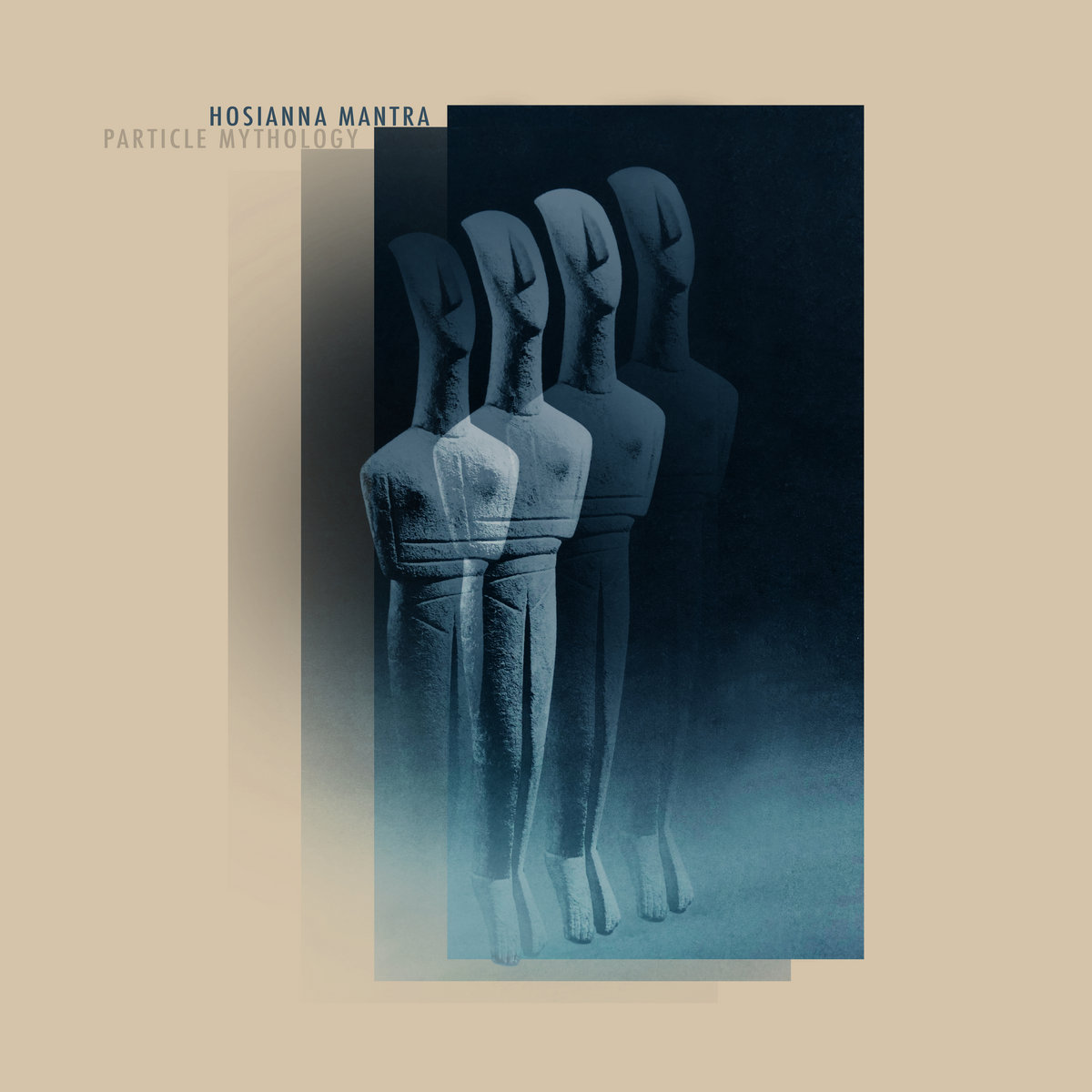 By Shaun MilliganDecember 27, 2020 No Comments

In the past couple months, I have taken some time away from reviewing – not counting my modest contribution to the latest iteration of our rather stellar Inter Claus feature, which dropped last week. During this time, I realised that I have only enjoyed a meagre selection of the eclectic electronica in circulation throughout 2020. Naturally, I put this down to a heightened need for tumultuous, turbulent noise as an outlet for the myriad frustrations of the year.

In a valiant effort to put that right, I nabbed Hosianna Mantra (not the album by Popol Vuh). Particle Mythology is the electronically experimental, synthwave-esque debut record of Joseph D. Rowland, whose name may now be waltzing about on the tip of your tongue. Why yes, it’s the very same Joseph D. Rowland – co-founder and long-standing bassist of lauded Arkansan doomsters Pallbearer. In a move not unlike Alex Westaway and Dan Haigh’s sonic shift from Fightstar to GUNSHIP, Rowland unveils and explores a decidedly different sector of sound across the album’s seven tracks, and it works surprisingly well for such a departure from the familiar.

Kicking things off, “Timeline Incursion” may trick you into believing you instantly have a firm grasp of the record’s workings, with its pulsating bass, simplistic chord structures, and liberal use of pads and synth leads to colour a seemingly predictable affair. Don’t be fooled; for all its initial impressions and the apparent conventionality offered by this nonetheless enjoyable opener, things are not as they first seem.

You see, likely filled with the excitement of embarking on fresh musical ventures, Hosianna Mantra is clearly a side-project unearthing identity through liberal experimentation with dynamic layering and effects – plenty of both, as the glitchy, dystopian pitter-patter of ambient track “Palatial Radiance” evidences. Two songs in, we already find ourselves venturing beyond the outskirts of synthwave’s nostalgic safety, thrust instead into droning badlands where vagabonds and all manner of danger awaits under a star-addled sky – at least, that’s the imagery it conjured for me.

Continuing the trend further is title track “Particle Mythology”. It issues its own undercurrent of foreboding, largely achieved through a slow-built soundscape that’s heavy on the low end. Its impact comes primarily from a sense of impending danger that actually isn’t capitalised on in follow-up “Retrogradient”. It’s more akin to the swelling musical cue of a retro videogame – preparing you for a seemingly inevitable boss battle, only to be ushered into a bonus level, like the classic campfire frivolity of putting a hefty, pixelated boot to those pesky little thieves in Golden Axe.

What you won’t find here are vocals. Particle Mythology is entirely instrumental, and arguably richer for it. My documented enjoyment of The Midnight‘s Monsters will attest to the benefits of catchy, well-executed vocals within electronic music, but their nominated absence here actually draws you closer as a listener to the intricacies contained within the instrumentation itself, constructed using an extensive list of equipment (detailed here). You are therefore left to pick apart what makes each track on this record so enjoyable and distinct from its counterparts.

Whether the straightforward drive of “Timeline Incursion”, the repetition and sporadic synth leads that overarch growingly adventurous drum patterns on “Mechanical Ancestry”, or the playful, borderline-disco pacing of “Psychladic Artifact”, variation isn’t lacking, though some may consider this an obstacle to cohesion in places. What cannot be denied is that epic closer “Retinal Echoes” draws greatly on the strengths of its predecessors, creating a sprawling audio excursion of drawn-out layers that come and go so gradually, I hardly registered their arrival or absence. Also, for a lengthy conclusion it feels surprisingly swift, right up to the synthetic tides that close the 35-minute journey.

Rowland has taken something of a risk in branching out from the comfort of his home turf in Pallbearer, but I’m pleased to say it pays dividends and I’m excited to see where it goes next. Particle Mythology is an enjoyable, ambitious debut album that not only signals the opening chapter of a foray into new musical territory as Hosianna Mantra, but which also greatly captures the project’s sense of freedom, freshness, and exploration in the resulting output. Long may that continue.