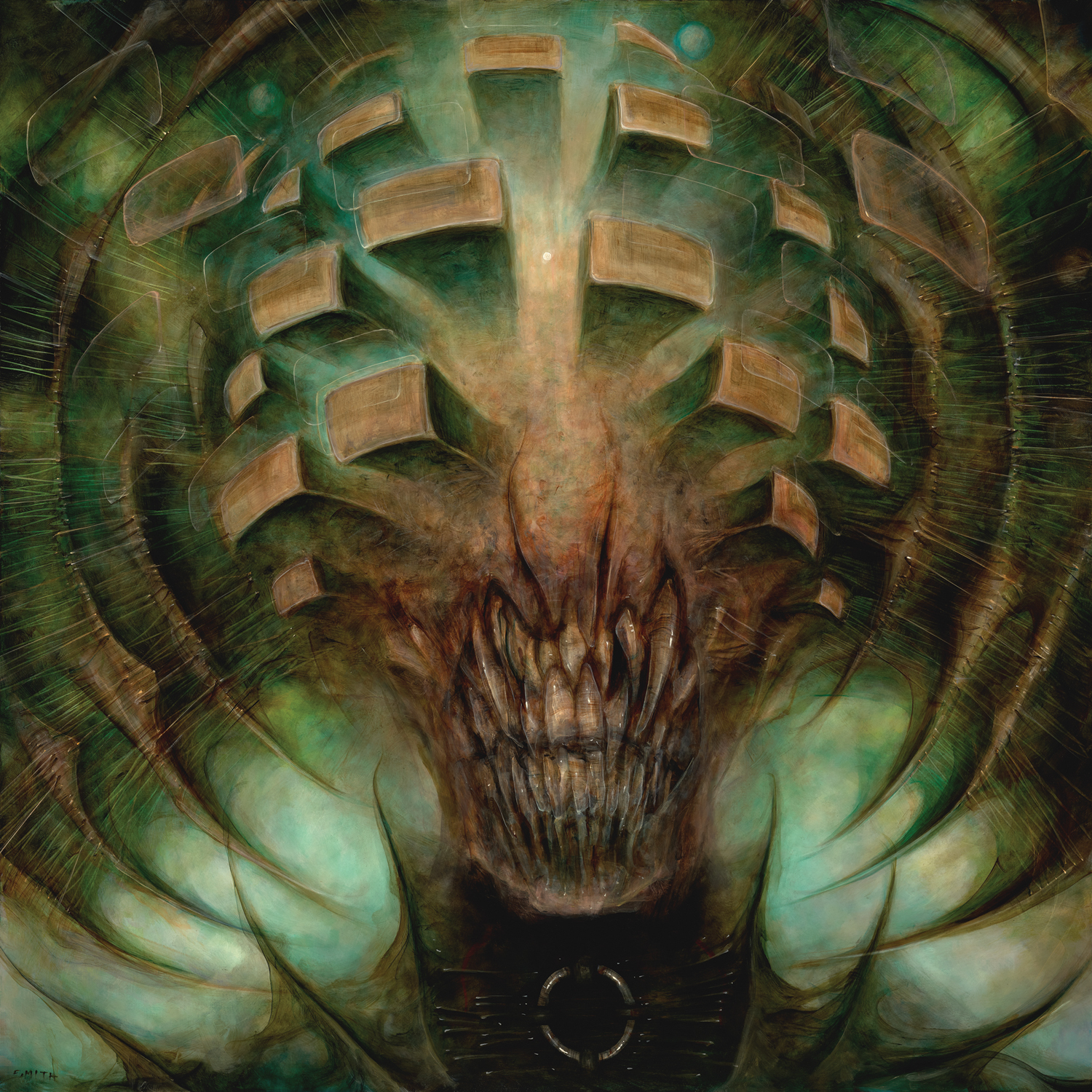 By David RodriguezSeptember 22, 2018 No Comments

Horrendous are anything but on their fourth album. Progressive death metal is an ever-growing genre, and the Philadelphia quartet are intent on giving us a masterclass on how it’s done with Idol.

I’ve been watching Horrendous for years, ever since their second album, Ecdysis, which was a criminally overlooked critical darling that showed the great potential that the Philly band had. They were stacked with grimy guitar tones à la Black Breath, splendid writing, unique vocals, subtle experimentation, and pretty progressive approaches for a genre marred by stagnation and placing brutality above all. Miss Death? Then you should be very interested in what this band has to offer. Idol, their fourth album, is a masterclass of prog death metal that needs to be heard by all with a vested or passing interest in the genre.

The album, similar to other efforts from Horrendous, sounds like you’re convening with aliens. From the vocals to the song moods and structures, everything has a foreign air to it. What’s more, the band is consistently pushing themselves forward, the mark of a truly progressive band, even if up until now they have remained relatively consistent with their artistic approach. What they have achieved in growth since their debut record is nothing short of a glow up, and it’s on Idol where the band unveils the most surprises the band has packed into a project yet.

Progressive tendencies are present in nearly every song, some more than others. The biggest surprise is a calm interlude in the middle of “Devotion (Blood for Ink)” that utilizes truly clean, sung vocals (a first for the band to my knowledge), and a superbly light progression with reverb-heavy guitars evocative of Cynic or Death. My soul transcended this earthly plane when I first heard that. It’s such a sweet moment on the album; the best one, really.

It’s clear after listening to the singles that they offer the more hard-hitting material. This leaves a lot of room for atmosphere to the deep cuts and interludes, and they don’t disappoint. Aside from the euphoric moment in “Devotion (Ink for Blood)”, we get “Threnody…” which is a clean guitar interlude before the monstrous final track (more on that later). It has a morose attitude, and is placed well in the track sequencing for Idol, so it’s a win across the board. Horrendous plays with slower un-metal instrumentation often, but usually only as intros to songs that inevitably explode into riff-packed chaos.

And if you’re here for the chaos, you’ll find yourself satiated accordingly. Vocals are still gnarly, taking multiple forms from their trademark gravelly, raspy growls, to deepened and angry shouts. The band keeps things varied on all fronts, making it pretty damn tough to get bored. Rough, groovy rhythms make up much of what makes “Soothsayer” worth talking about. Bass is all over this album, given ample time to shine with small flourishes and melodic passages that fall in line more with its guitar counterparts than the drums (“Golgothan Tongues” is a great example of this). And as much as I love all of the harshness, I still hope the band keeps taking little steps away from metal conventions to give us more dynamic moments like I discussed earlier. I respect them as a metal band first, but after seeing what they are capable of elsewhere, I want more.

Horrendous are still on top of the pile when it comes to really any death metal for me, but especially the progressive kind. In a genre that’s so strictly defined by its tropes and legends that have been doing it for decades, it’s so refreshing to see bands like this play with the rules and create something really exciting and admirable. I love it. I love Horrendous. I hope they keep pushing forward and surprising us with their ambition for years to come.