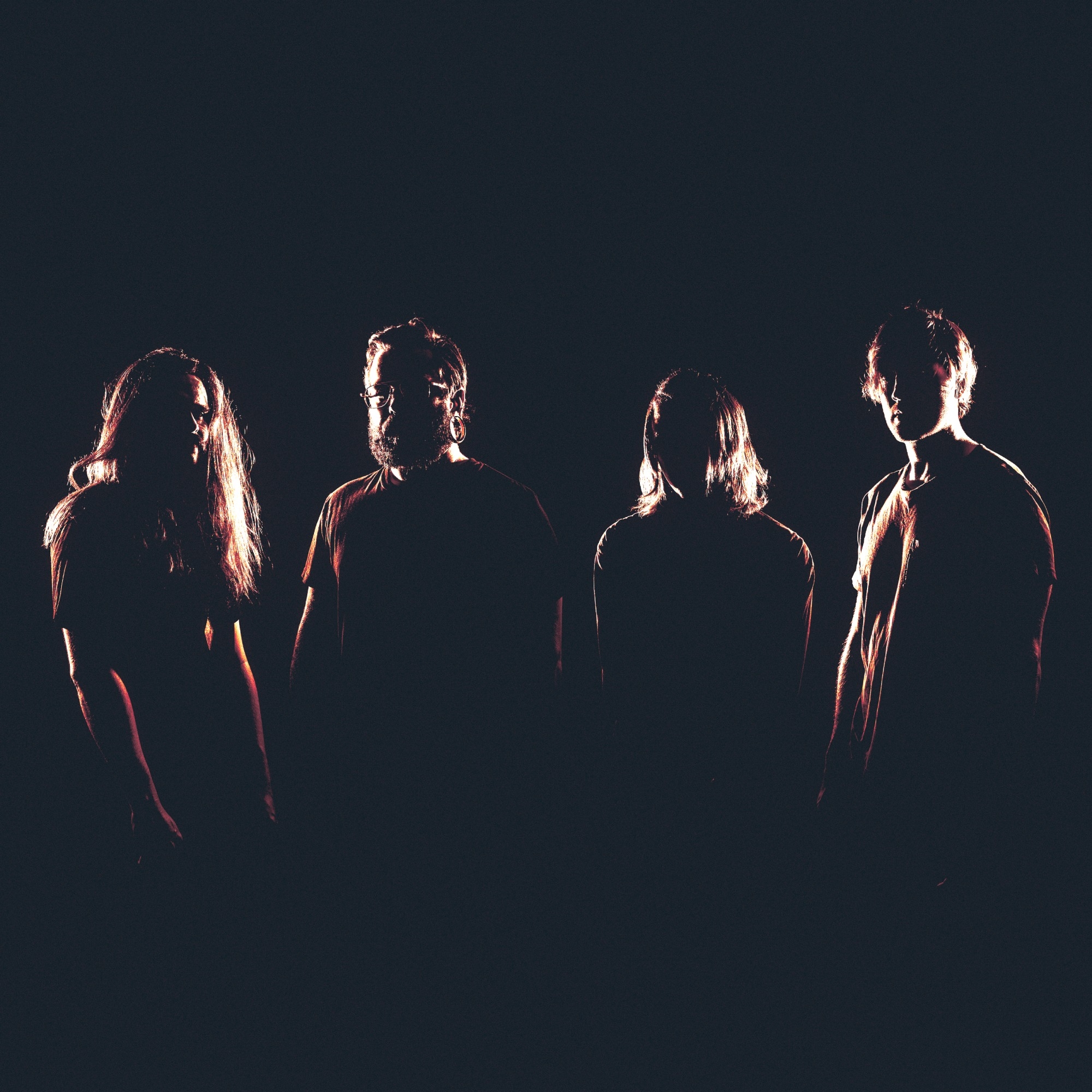 Dimensional Bleed is an emotionally devastating mourning song (or rather album) from Holy Fawn that will cause you to lament that which you have not yet lost.

Word didn’t really get out about Holy Fawn until after the re-release of Death Spells and once it did, it spread like a wildfire and rightfully so. Now it is time to carry that momentous weight forward with Dimensional Bleed and I couldn’t be more excited to see what new heights this album takes them to. This special group has a penchant for crafting some of the most serene soundscapes that you could ever imagine, all while weaving in nothing but pure melancholy into every facet of the music. Holy Fawn got to play around with different sounds and styles in their more experimental songs as heard on The Black Moon EP, but with Dimensional Bleed, they’re back to give us the meaty experience we’ve been yearning for that capitalizes on the success of said experimentation.

As we know already, Death Spells was more of a stroll through an enchanted forest, with bioluminescent plants all over the place giving it that magical, surreal feeling. On Dimensional Bleed, there is a very clear continuation of their sound that drew us to it in the first place, but reimagined in more of an urban, industrial type of context. That use of ‘industrial’ is not to be confused with how it would be used to describe artists and music like Nine Inch Nails or Godflesh, for example, but rather in the way that it paints a visual picture in the listener’s head. This may be a different journey from the beloved Death Spells but it is one that’s still very much Holy Fawn, and then some.

The overall mood of the music on this new record is exactly what you would expect from Holy Fawn but packaged in a different manner. The end result that comes from the music, that being the emotions that are evoked, are ultimately as potent, if not more, compared to their previous full-lengths. I would go as far as to say that Dimensional Bleed is their most emotionally rich record with its bittersweet nostalgia and how it causes me to mourn the people and memories that I have yet to lose. The nostalgia comes from the sense of familiarity and homeliness that I feel throughout the record. While nostalgic, all is not what it may seem as the emotional turmoil to come is more than you could imagine.

Dimensional Bleed puts me right into a war-struck or post-apocalyptic version of the town where I spent my childhood and adolescence. The sense of familiarity comes from all the landmarks and places that I once knew so well, which are now all destroyed and dilapidated, just barely recognizable. It all feels surreal seeing everything in this state. It is difficult not to succumb to the nostalgia and the flood of memories that come with being back home, even if it isn’t what it was once before. Like in Death Spells, the vivid imaginative soundscapes that Holy Fawn gracefully craft all feel so incredibly surreal that you cannot help but become fully engrossed in them. Not only does this band create this alternate dimension that sucks you right in, but they fully convince you that you’re actually living it. Come to think of it, this record couldn’t be more aptly titled; Dimensional Bleed is exactly what it is.

The point at which we cross the blurred lines of surrealism and awe to perceived reality and grief (thanks to the extremely convincing nature of the music itself) hits in the climax of “Empty Vials”. As the track crescendoes towards the end, that is when you realize the true gravity of the situation. It only took seeing your own home reduced to nothing but ashes and rubble in order for you to shake yourself out of denial and understand that everything is lost. At this point, death would truly be a relief. Dimensional Bleed does a fantastic job at taking you through the multiple stages of grief.

The raw emotional outbursts heard in “Sightless” and “Void of Light” are anguish-ridden flourishes that are nothing but absolute sorrow and mental turmoil. Hidden behind that anguish are subtle amounts of jealousy and confusion as you are left wondering why you were spared when your loved ones were not. “True Loss” is where we reach acceptance, but that can mean several different things – whether you move on with your life and continue to fight for your survival or you let yourself peacefully succumb to the rot and decay; whatever that acceptance looks like for you, it is entirely your own and you’re left to imagine how that plays out.

Dimensional Bleed is a haunting reminder to hold onto the people and things that you love because there will come a time when it is all gone. With the masterful audio engineering and utterly compelling songwriting together creating some of the most evocative audio-imagery out there, you’ll be hard-pressed not to let yourself give in to the gripping essence of the music. The soul-stirring nature of Holy Fawn‘s vicarious musical journeys will stick with me for as long as I draw breath. This is Holy Fawn at their absolute best (so far) and I am beyond eager to hear what they have to offer next.