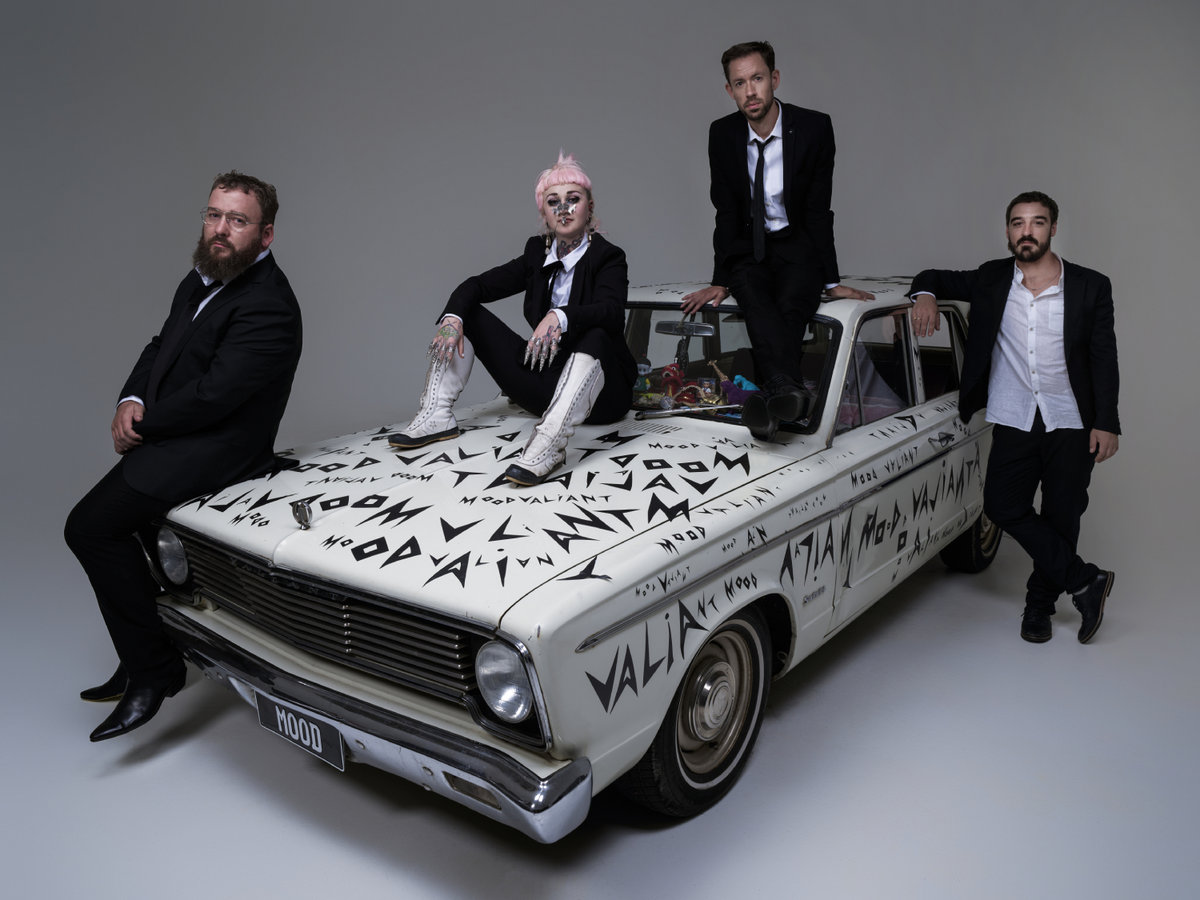 Hiatus Kaiyote came through with an immensely captivating and touching album, one hard to encapsulate, but here’s over 900 words trying like hell to.

It’s taken me quite a while to figure out what I want to say about the latest Hiatus Kaiyote album, which is why it’s being published at the ass end of our one-month timeline for already released albums, and you know what? I still don’t know entirely what to say about it, so much of this is going to be freestyled off the dome as I write.

What is for certain and must be said up front is that Mood Valiant is the warmest, most smooth album of 2021 so far. I spent so many days (and nights, literally just laying in bed with the lights off) just basking in it and I’m all the better for it. Hiatus Kaiyote is a band that eludes clean description – just how we like it here at Everything Is Noise – making wide swipes through soul, jazz, and some funk territory in a bid to capture just about every stray moment of melody, entropy, and groove that modern music has to offer.

Throughout the whole thing, you really get a sense of what it means to make a fun, impactful album, at least from the perspective of someone not directly in that music creation realm because those that can’t do, critique. That’s how it goes, right? It’s a great album to listen to and go ‘Damn, this hits on just about every level‘. I get the feeling that a lot of this has to do with the personal trials and tribulations singer/guitarist Nai Palm went through a couple years ago in 2018 when she was diagnosed with breast cancer. Although devastating at any age, Palm is a mere two months older than me at 32, an age I imagine the immense stress and reality of a situation like that affects you differently than if it happened at twice that age. ‘Is this the end? Is this my end, so soon? I had only just begun.‘

Luckily, and hopefully, those weren’t thoughts in Palm’s head for very long. With the disease behind her for the time being as of 2019, it really colors Mood Valiant – the title itself very telling – with a sense of triumph and rebirth, or perhaps a feeling of cleansing. Everything is gentle, cradling even, carrying itself with confidence and protection, wondrous in its stature. Between songs like “Get Sun” and “Chivalry Is Not Dead”, we get striking, multilayered clinics of jazz-infused power marked by playful percussion, funky bass, stellar horns, and guitar that may harmonize with the vocals at one moment and provide neat accents the next. “And We Go Gentle” and “Red Room”, for example, are much more understated and disarming in a different way. Percussion is muted, guitar is more prominently placed, bass is sensual, and the mood is eternally cozy.

In a word, Mood Valiant is intimate – intimately profound (or profoundly intimate), intimately comforting, and intimately loving. There’s an almost incalculable amount of affection here entrenched in both the music and lyrics. Self-love and celebration of what you have is baked into the tint of “Red Room” with lovely lyrics about home and feeling at home and peace with yourself:

The band’s other musings are also poignant, especially to me at a time when I feel lost and alone. The piano and strings-led “Stone Or Lavender” is especially hard-hitting with lines like ‘Please believe me when I say someday it will be okay‘. The joyful longing of “Chivalry Is Not Dead” is cute, craving that electric closeness with someone with metaphors involving animals over funky instrumentation.

Hiatus Kaiyote are also a little offbeat, though not literally. I think of moments like the intro to “Chivalry Is Not Dead” or “Blood And Marrow” as examples. Outliers for sure, channeling some spaciness and atmosphere I’d expect more from someone like Moses Sumney, but not wholly left-field. Just odd enough to give character and make your heart race a bit with child-like curiosity.

I feel so at ease when listening to Mood Valiant, like I don’t have to be the strong person I usually am required or expected to be. I can be vulnerable. I can push forward and do the things I have to do. I can be delicate. I can… do this. These are things I’m sure Nai Palm dealt with during her cancer battle – something I don’t wish to draw comparisons to because, well, I haven’t been through anything like that myself. My problems are much more pedestrian, though affecting all the same. Suffice it to say, Hiatus Kaiyote have succeeded in making an endlessly relatable, tangible album with their supreme ability to connect to us on a sonic level while also being their weird selves without compromise. It’s the kind of music that gives life, ensuring we’re not simply surviving, but thriving, feeling, and experiencing.

Reviewing this album was Pyrrhic in a sense as I knew I wouldn’t be able to fully encapsulate what this album means to me, or in general. All I know is I haven’t quite gotten what I got from Mood Valiant from any other album this year, and for that alone it still deserves its over 900-word shoutout and a plea that you also give it a try. Hiatus Kaiyote and their music is truly a vibe, one that wasn’t always conducive to me until now. Maybe me being in the vulnerable place I am lately opened me up to its attentiveness and healing. I’m reminded of what can make me happy in life when listening to this music and, if only temporarily, it’s like the hug I need, but don’t get.