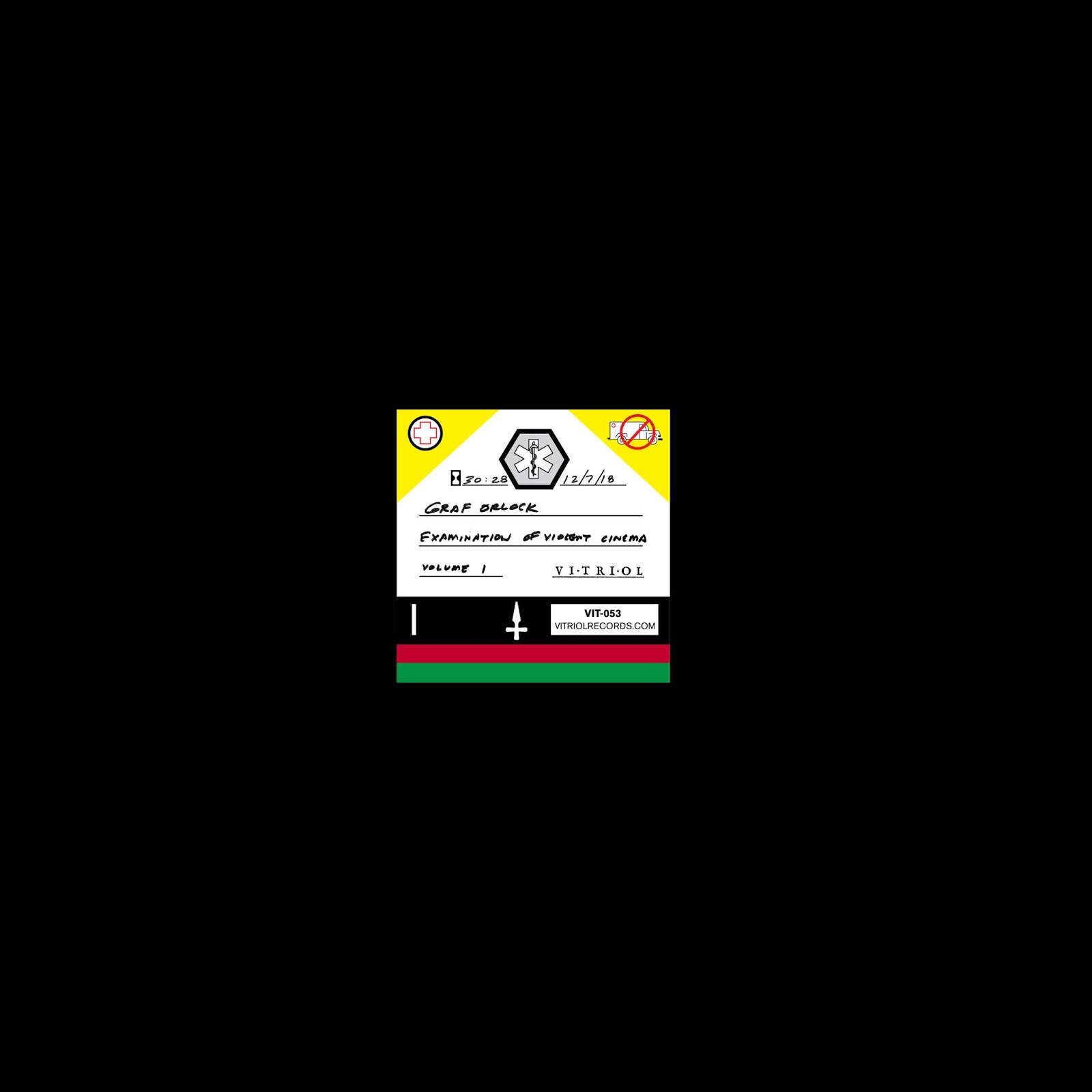 By David RodriguezNovember 30, 2018 No Comments

Graf Orlock get a budget increase with Examination of Violent Cinema, Volume 1. Their brand of ‘cinemagrind’ takes direct influence from visceral 2017 films to make for a fun, violent time.

Graf Orlock is great. They have a knack for creating little vignettes as launching points for blistering songs caked with movie references or nods. This came to a head with their last album, Crime Traveler, which was a wildly entertaining and violent romp through an original story informed by ass-kicking movies of yore. With Examination of Violent Cinema, Volume 1, the band laments on the sad state of Hollywood as they produce ‘not-nearly-violent-enough‘ films by focusing on actual movies that presumably have the Orlock stamp of approval. If this paragraph was the trailer, then what follows is surely the feature film. I got you a ticket to the show, but you’ll have to provide your own helmet and poncho for the gore.

So, yeah, movies. Each of these songs takes a visceral 2017 film and turns it into an equally visceral hardened grindcore joint. Some of last year’s biggest movies make an appearance like Alien: Covenant, Logan, and War for the Planet of the Apes, just to name a few. This is definitely on brand for Graf Orlock, but they’ve never used films as influence in such a direct manner. How direct are we talking? Well, audio clips from the film each song is based on start off each song. I can already hear some of you groaning because that basically equates to a mini-skit at the beginning of each track. Luckily for us, the quartet pull it off; the clips are never longer than ten seconds, often elicit a slight chuckle and knowing nod, and simply contextualize the track. In other words: it just works.

No matter if it’s lamenting on the coddling fiction of comic books, or spreading the tall tales of a master assassin who has killed three men with a pencil, each movie clip always leads into ferocious West Coast extreme music. It’s like Quentin Tarantino directed a Dying Fetus album. Jackhammer drums, scorching guitars, and savage vocals scar every single song, regardless of topic. Right out of the gate, we get “Back in the Ground”, the John Wick 2 song. The brutality of that film is strained through a stack of amps to provide instrumentation for our two vocalists to yell over. The ending riff is absolutely delicious, closing out the song with some supreme catchiness. “Dominant Species”, our War for the Planet of the Apes track, begins with quiet dialogue between an intelligent ape and a human before spilling into an apocalyptic war of its own with an ascending riff and a chugging chorus proclaiming a fall of humankind worthy of any hardline death metal album.

Don’t take Graf Orlock for being completely predictable, though. Based on Brawl in Cell Block 99, “Minimum Freedom” offers a slight reprieve with a slow, melodic break in the action about midway through. The riffs creep back in, amassing a meaty groove rather than a searing punch to the head other songs offer. My favorite track is the last one, “Almost Human”. Based on Blade Runner 2049 (my personal favorite from last year), and using audio from the post-traumatic baseline test scene of the film, the song starts of with a suspenseful synth lead which is quite fitting. The fury that follows is grittier than the dystopian Los Angeles Officer K comes from. Audio from the film interlinks the song’s segments together, almost imitating the intrusive thoughts a rogue replicant may endure.

Just like any summer blockbuster, or film in a long-running series, Graf Orlock deliver an experience that massages the primal parts of your brain. Their love of violence and 80s/90s stylized schlock (I say this out of love, and as a fellow purveyor) make Examination of Violent Cinema, Volume 1 a natural turning point for the band. As the name implies, there may be more on the way, and I can’t think of any other great ways for the LA band to churn their creative juices than to expand on this a bit. It’s pummeling pop culture straight from celluloid, blasting on your home theater. Get a bag of popcorn, recline back, and let the rage vibrate through you.