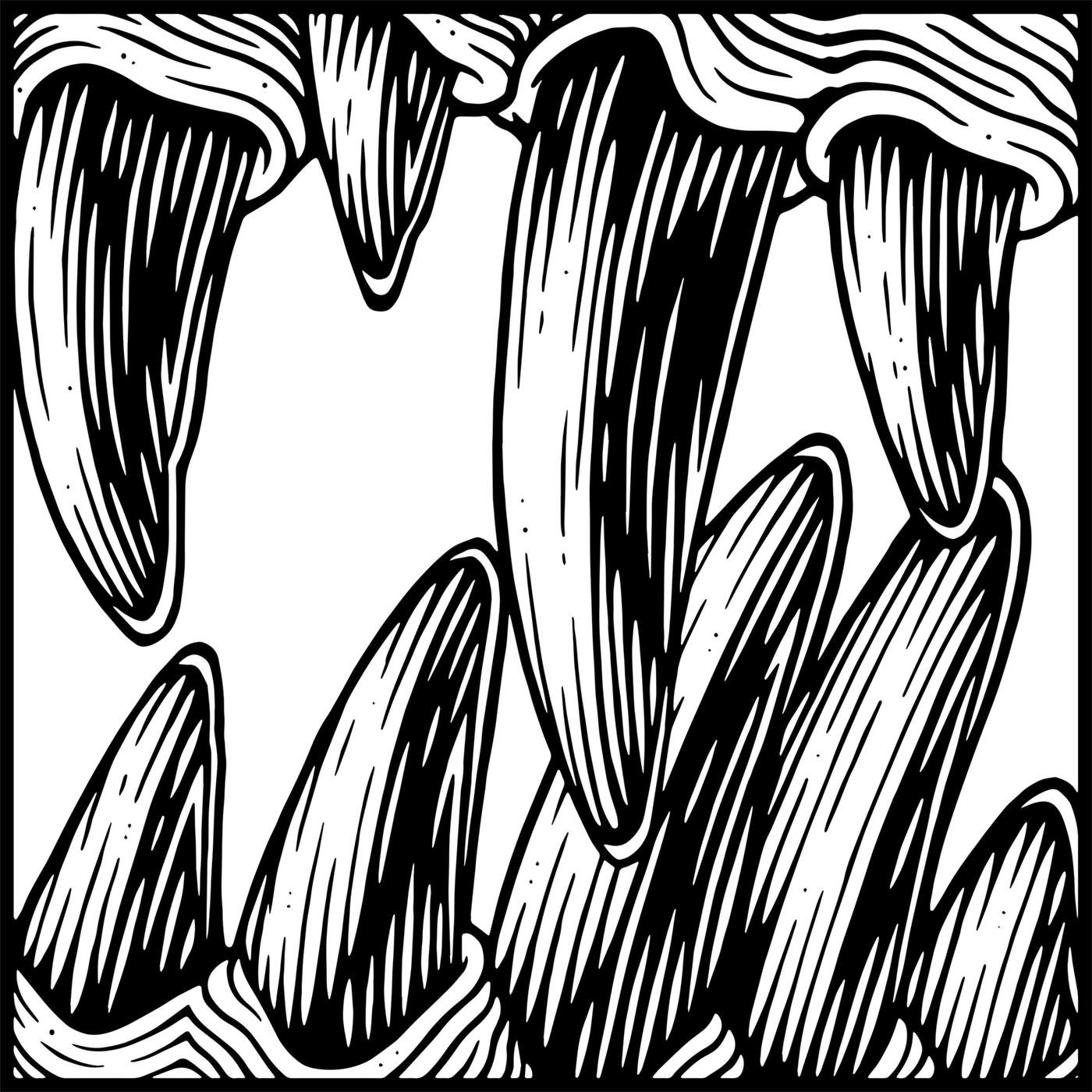 By Michael MartinNovember 30, 2018 No Comments

I am certainly pleased with the listening experience Tyrannosaur has created. My primary drawback with Tyrannosaur is the lack of vocals. While vocals aren’t absolutely necessary to enjoy the album in full, I feel that even the occasional addition of them might have warranted a slightly higher replay value.

Recently, when I was browsing through Everything is Noise‘s list of potential albums to review, my interest was quickly piqued by a mathcore band called Tyrannosaur, who had just released a self-titled album on October 31. I turned to the internet to see what this band was all about. As it turns out, the band’s online presence is nearly as scarce as the prehistoric reptiles from which their name is derived. There are no Facebook, Instagram, or Bandcamp pages to be found – only one album on iTunes, Spotify, and YouTube. In fact, the only information I was able to glean about Tyrannosaur is that the band is a two piece – utilizing drums and guitar – from New York and signed to Bean Boy Records (of which a subsequent Google search again left me empty handed). This band, shrouded in mystery, provided an allure I could not ignore and I knew I had to give Tyrannosaur a listen.

Tyrannosaur wastes no time on preamble with the first track “Heaven and Hell”, showing listeners their full range of capabilities during the song’s three minute span. The introduction/main riff of the track is an impressive display of time-shifting and gritty riffs that taps deeply into the vein of Converge. After only a minute of this, the musicians do a bit of genre-bending by adding elements of speed and sludge metal to the experience, all while staying cohesive and focused. The outro to the song is a brutally crushing down tempo breakdown that helps solidify my great first impression of Tyrannosaur.

The next song up is “Leer”, which again starts out in a frenzy of fast paced, poly-rhythmic tech metal (this time a la The Red Chord) before weaving in sections of moderate tempo sludge grooves. It was during this track where I really began to notice the attention grabbing presence of the drumming. Leading the charge through the plethora of time and tempo changes the album contains, the drumming is a dominant force that never gets lost behind any of the chaotic guitar riffs, nor ever becoming overbearing or ‘busy’ to the point of distraction.

“El Tigre” is a frenzied yet catchy combination of swarming hammer-on and pull-off guitar riffs and detuned groove metal. The beginning of “Creep Paralysis” provides the listener with a brief, yet necessary, reprieve from the previous tracks’ ferocity, with a dark ambient guitar riff that once again sounds fitting for a moody interlude on a Converge album. However, the rest of the track is near blast beat speed metal and dissonant hardcore guitar chords. “Mother Ape” utilizes all of these previously mentioned styles and techniques, but provides a feeling of anxious mania that is honestly a little overbearing.

My favorite track on the album is “Slime Bone”, with its Botch inspired riffs and grooves that stay lodged in my mind long after listening. “Sea Smoke” is another favorite track of mine, primarily because of the ultra heavy doom riffs that remind me of the now defunct Abominable Iron Sloth. However, it was around this point in the album when I found myself thinking that some vocals would be a welcome addition to the music. Don’t get me wrong, the listening experience is still wholly engaging; there is just a lot of potential within these songs for a variety of different vocal styles to create a more dynamic sound. However, there is little time to dwell on this thought as “Old Madame Rattlebones” and”First Flesh” continue to blast beat and sludge their way through a few more more gut-punching riffs.

When all is said and done, I am certainly pleased with the listening experience Tyrannosaur has created. From name, to song titles and album art, it is evident that the band was trying to create a prehistoric and primitive theme. They achieved this goal too, with a well-composed blend of frenetic mathcore and monumental doom and sludge riffs – riffs that I could easily picture as the soundtrack to a battle between two prehistoric beasts. I am an avid supporter of instrumental metal, and usually very picky about the style of vocals in the metal I listen to. So, I am surprising myself when I say that my primary drawback with Tyrannosaur is the lack of vocals. While vocals aren’t absolutely necessary to enjoy the album in full, I feel that even the occasional addition of them might have warranted a slightly higher replay value. Either way, Tyrannosaur will definitely be somewhere on my list of ‘heaviest albums of 2018’!