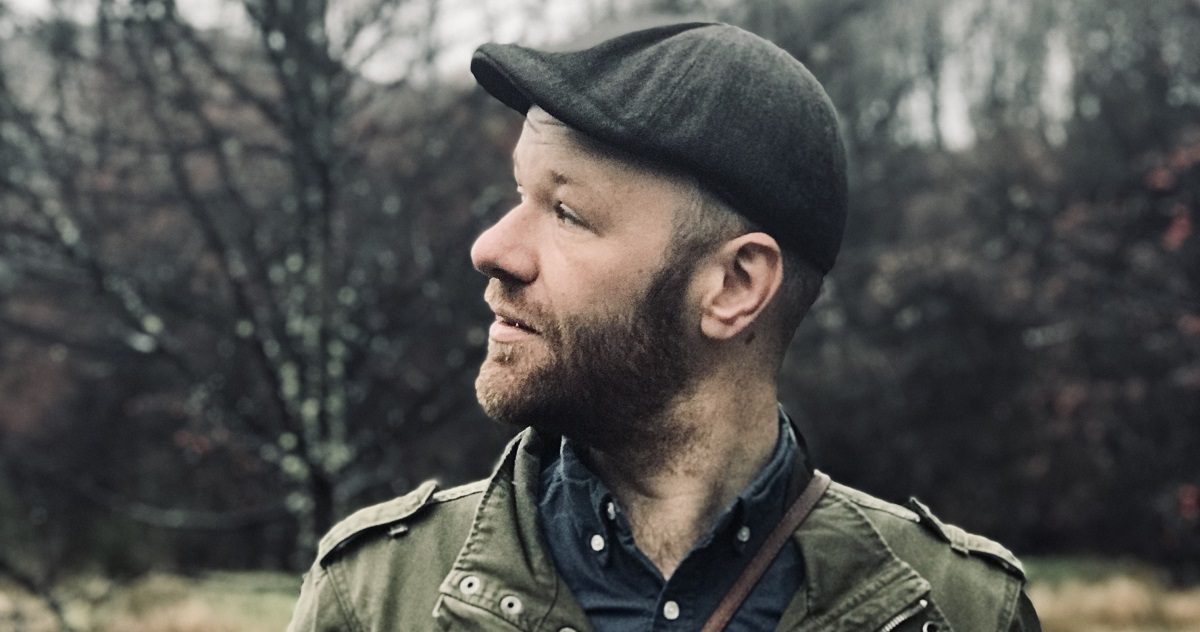 Graeme James – “The Weight of Many Winters”

By Shaun MilliganJanuary 28, 2021 No Comments

Shake off The Weight of Many Winters with the second EP in a seasonal quadrilogy from Graeme James. Infinitely soothing, his gently flickering, acoustic folk will thaw those wintry blues with ease.

It’s funny: December brings such chaos, clutter, and cold to our lives, and yet I find it the least corrosive of the winter months. Personally, at least here in the UK, I find January and February to be the most unwelcome harbingers — downcast and dismal — of all, from the temperament of the skies to those in people’s hearts. Maybe for some it’s the post-Christmas emptiness, for others perhaps the continuation of dark nights, darker weather, and subsequently even darker moods.

Well, Graeme James is here to do something about that. A native of New Zealand, James is now based in the Netherlands, where he recently experienced his first European winter. With a considerable fanbase established back home, James’ meticulously crafted soundscapes now have the opportunity to thrive elsewhere. His one-man musical narratives, replicated live through prolific use of a loop pedal, bring together multiple instruments (including baritone ukulele, mandolin, and harmonica), and a powerfully emotive voice into a blend that calls to mind the likes of Novo Amor, Glen Hansard, Cinder Well, and even The Gloaming.

Continuing his intention to release four seasonal EPs (beginning with Old Storms in New Places, which came out in September), The Weight Of Many Winters draws on ‘the emotional and physical landscape of the winter season’. It’s a beautiful record that renders you helpless to its appeal, with tints of scenic bitterness sprinkled throughout that mimic the rural, blanched landscapes charmingly adorning the EP’s cover art. James elaborates:

‘Winter as a season is full of potent metaphors for our human experience, and I particularly wanted to explore themes of death, desperation and weakness. Winter is also a time of hibernation and reflection… Though the desolate winter landscape speaks to our mortality, it contains within itself a message of hope: a spring resurrection hidden in every bare branch and deep snowdrift.’

With this juxtaposition firmly in mind, the titular opener launches us into a sprightly, fingerpicked acoustic guitar pattern that paints the kind of midwinter imagery wherein children frolic carefree in knee-deep blankets of pristine white. The jaunty piano run, surrounded by plucked strings, beckons James’ soft, melodious voice — as fresh as the snowfall of which he coos, and littered with harmonious flourishes that take us down musically unexpected avenues until its gradual decline into captivating comfort.

As you further allow the EP to envelope you in its softly pulsing glow, you’ll discover the ironic truth that The Weight of Many Winters is not actually as cheerful as its music implies at times — at least not lyrically. There are pangs of aching found within its roving instrumentation: messages of coldness, fear, mortality, and weakness. Take “No Memories of Tomorrow”, which offers a poignant and reflective monologue that lends a powerful edge to the song’s melancholy tones: a vibe strengthened by the outro’s fading violin solo.

Thereafter, “The Voyage of the James Caird” employs tasteful banjo and accordion (among other folk staples) to weave a retelling of Ernest Shackleton’s famed expedition, and does so with gradual increases in texture and vigorous percussion to keep you hooked. “Northern Lights” then eagerly ushers in a sweeping partnership between ringing riff and reaching piano that James sings over impeccably. And just when you feel fully settled, your gaze is drawn up above as a vocal chorus of celestial splendour paints a far-reaching canvas for the twinkling musical displays suspended in its foreground.

Drawing us near to the EP’s finale is “Orpheus”, with warm organ, softly strummed, lambent guitar work reminiscent of Jack Johnson, and more of the harmony-laden voicings that add such character throughout the EP. It’s a quietly reassuring number that finally brings us to “Time” — a plucked ditty that oozes ‘closing chapter’ essence, with fleeting tones of sadness and the lyrical revelation that ‘We much prefer the lie that this ain’t ending’. I couldn’t agree more, Graeme. Epitomising the EP as a whole, “Time” is beautifully composed and structured from beginning to end, and also reinforces the undeniable craft in James’ lyrical writing as it contains one of the most hard-hitting lines I’ve encountered in a while: ‘No, I’m not afraid of death/I’m just terrified of time’. A must-hear, for sure.

The simple truth is this: in little more than 26 minutes, Graeme James has managed to make his mark at the snowy summit of my midwinter record roster with this soulful, stunning folk EP. Find a cosy blanket, get the fire going, and watch night settle in as you settle down to experience the audible pleasantry of The Weight of Many Winters; it’s honestly the warmth you never knew you needed, and will easily keep your musical embers stoked until the spring entry of his seasonal quadrilogy arrives.