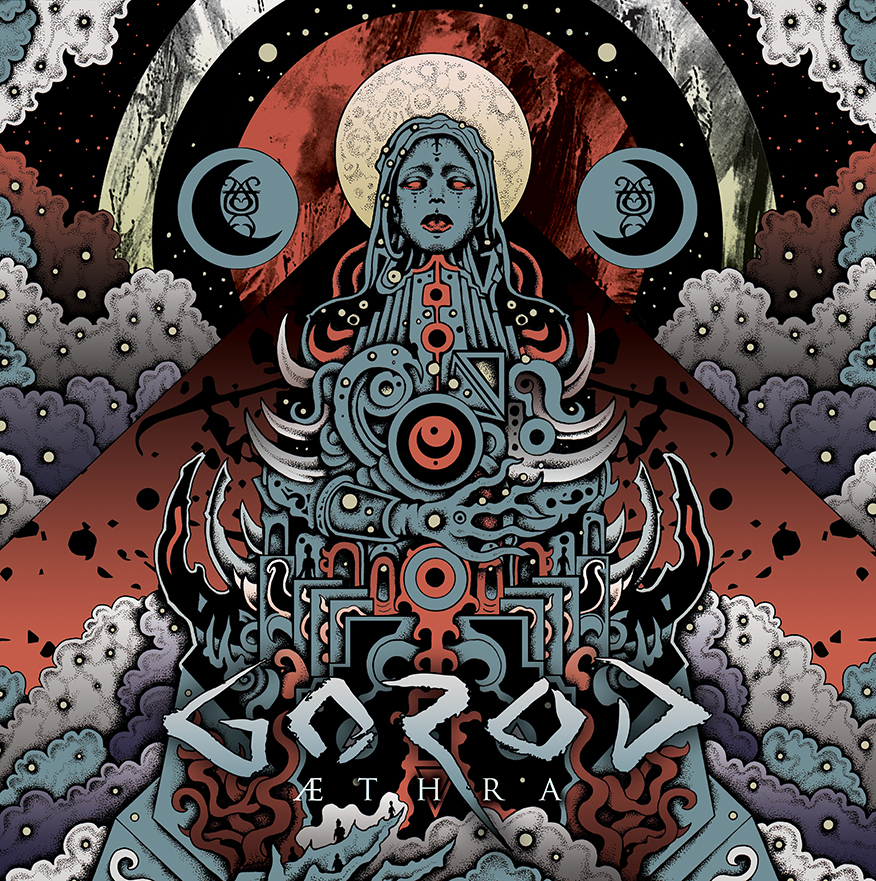 Gorod comes forth with Aethra and remind us just how much we missed these forward-thinking French tech death pioneers.

Today it seems quite popular to use the wildest genre descriptions to stand out among masses of mediocre acts. A scene in which this seems particularly true is tech death, in which every other band claims to have jazz influence, or possess this or that twist. This makes it all the more refreshing to see bands who have credit to their name and just do it, instead of only making claims. Gorod is a tech death band from France who incorporate jazz elements into their music, giving it a lush spin in such a flashy but sometimes substanceless genre.

Gorod differentiate themselves from their peers by utilizing smart songwriting, going in depth into exotic modes, scales and ideas while staying true to a heavy, riff-laden attitude. In their latest effort, Aethra, the band returns to their roots after the short thrash EP Kiss The Freak.

While listening to Aethra, I was reminded of composer Erik Satie, who was known for his complex yet catchy exploration of exotic scales while maintaining a whimsical, curious nature. While whimsical isn’t the best way to describe their music, Gorod shows that my point isn’t grabbed out of thin air. On “Chandra And The Maiden”, the instruments begin by playing a strange, not quite melodic scale that ends rather abruptly. The only constant in this chaos of notes is the drums, chiming away with upbeat rhythms and a busy high hat. After almost a full minute, the vocals set in, delivering their typical mid-range punch. Meanwhile, on the instrumental side of things, the guitars have parted into lead and rhythm, with the former playing short staccato notes that hiss like rattlesnakes. The latter continues the feeling of dysrhythmia, searching for anchor points so the section does not drift into abstraction. Quickly, the band gets a hold of themselves, diving straight into a short blast beat section. It doesn’t take long before they’re back at their most frantic, but a light is on the horizon. A beautifully ambient solo at a slow pace breaks up the uneasy feeling of reality disturbing harmonies.

A whole different approach is taken on”Inexorable”. In this track, straightforward melodies and rhythms are applied, while heavy chugging is the bread and butter of the song structure. A few licks are thrown into the mix to lead into some dissonant chords. The nastily heavy riffs and easy rhythms make this one of the most crushing songs on Aethra. It’s a festivity of blunt force showing that, above all else, Gorod is a death metal band. A bit of finesse can’t be missed, so fans of the band get something to gush about in the wonderfully melodic solo.

“Hina” is the common denominator between the two aforementioned tracks, bringing both crushing grooves and out-of-the-box melodies. During its run-time, “Hina” has this underlying hopeful sense of ascendance coming through all the dark and vile screaming and thrashing. My favorite part starts around the three minute mark, where a chorus- and reverb- tinged solo brings just the right ambiance to make this feel like more than your average tech death release.

This sensibility for song structure and melody is what makes Gorod so great. It’s organic and natural for them to flirt with technicality. They feel confident in what they do and express a refined charm in their music. Of course, they have more straight forward songs like “Bekhten’s Curse” with its catchy tap melody and heavy 4/4 chugging. This makes the utterly creative moments all the more enjoyable and these more straightforward songs are fun to listen to. Gorod hasn’t completely changed their discography with this release and their formula is solid. You can expect a lot of fun, cool riffs, interesting progressions and a whole lot of Gorod from this album – nothing more, nothing less, a solid release.