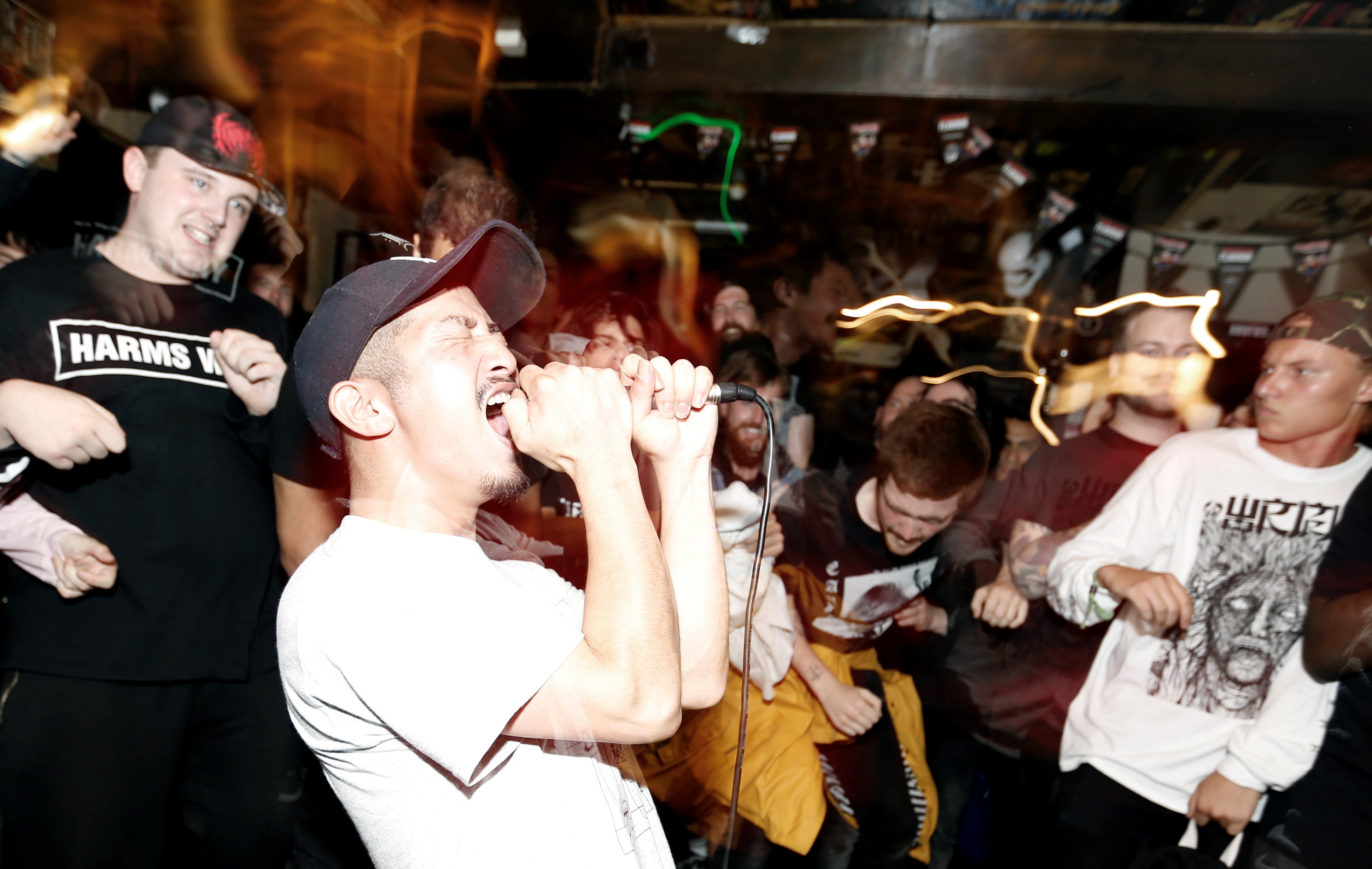 If the genre of powerviolence was a kingdom, Friendship would be sitting on the throne. Undercurrent is a deadly torrent of bleak, sludgey hardcore.

A couple of years ago, I was introduced to the Japanese hardcore/powerviolence band Friendship through their relentless album, HATRED. It’s raw, unbridled abrasion stabbed its way into my brain as one of the standout records in the genre in the last few years. The time has come for their follow-up, Undercurrent. With a total of ten tracks and a running time of just over 22 minutes, this album does manage to stick to at least a few hardcore tropes. It doesn’t take long for Friendship to distance themselves from the pack, however. This album is filled with all of the vitriol that one would expect from a genre with such an extreme title.

After the relatively brief opener, “Demise”, frantic drumming and feedback welcome us to “Vertigo” which features all of the energetic riffing, drumming, and monstrous vocals that are to be expected. Much like Nails, this act seems to be able to find groove amidst the chaos: even when things are at their most dissonant, the songs aren’t without places to grip. Of course, once you get a grip you’d better hang on tight. If the blast beats and feedback don’t knock you off, the ripping vocals will do so in a heartbeat. “Vertigo” does have the distinction of having one of the sludgiest breakdowns of 2019 near the midpoint. While it’s not often that Friendship shows restraint, when they do it’s noticeable and effective.

As I’ve stated before in reviews of hardcore and hardcore adjacent album reviews, it’s rare that I care for the purer strains of the genre. My taste likes a little something extra thrown into the mix to distinguish it. While that remains true, the ‘something extra’ in the case of Undercurrent is the unfiltered dedication to being as ferocious as possible. The paradox to all of this is how simple the band is: it’s guitars, bass, drums, and vocals. There’s no artsy bullshit to be found anywhere, but they manage to pack so much energy into their songs that I can only imagine how exhausting playing a set would be.

As “Lack” flows into “Abandon”, the riffs tighten and the pace varies a bit, but they’re still beating the living hell out of their instruments and the shouting vocals seem to only grow stronger in the process. Most of the riffage stays pretty far down the neck on Undercurrent, but “Plague” sees some higher notes sprinkled in and the dual vocal approach gives this song a classic hardcore punk attitude that I connected with pretty strongly. It’s only a slight departure from the formula, but after 15 minutes of bleak violence, the wrinkle feels more like a mountain. These little dynamic shifts do wonders for the album. Much like the breakdown on “Garbage”, these change-ups keep things interesting and help distinguish things from song to song.

This record is a bruiser. Friendship have the muscle and knowledge to make some of the most intense music you’re likely to hear, and Undercurrent is a testament to that. While this album won’t dazzle you with progressive embellishments, the skill, technicality, and ferocity are downright impressive. Every part of the record is heavy – the production especially – so don’t expect to come out of this one unscathed.