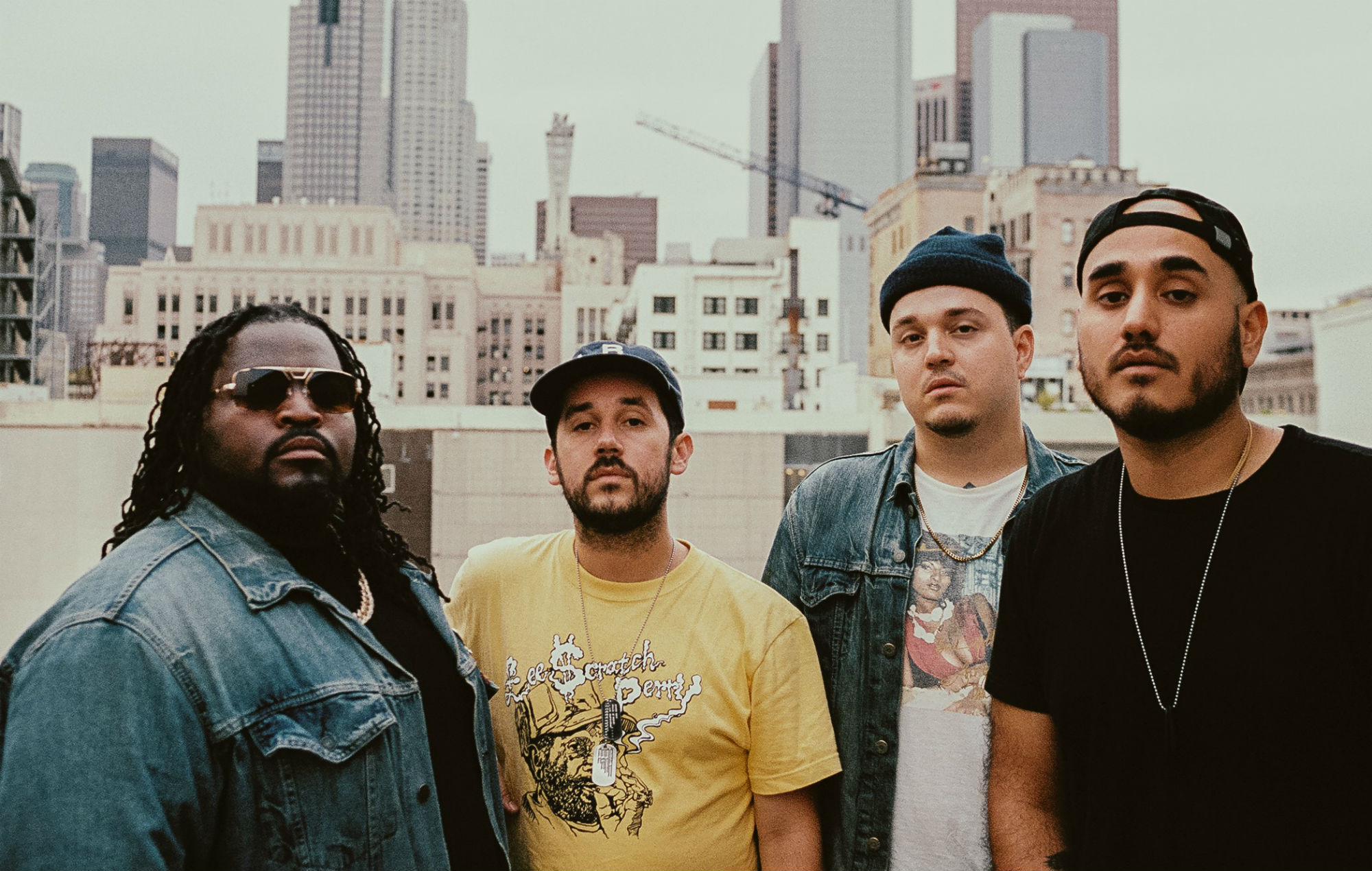 By David RodriguezJanuary 5, 2020 No Comments

Free Nationals are breaking out on their own, and to great effect. Funky, sultry, and fun, their debut is well worth a listen as mood music or a companion itself.

If you’re not familiar with who Free Nationals are (sometimes called The Free Nationals, just to be fair and complicate matters a bit), it’s likely you’re familiar with who they’re associated with. The funk group made a name for themselves being Anderson .Paak‘s backing band, but now they strike out on their own – though still with the help of plenty of friends – with a self-titled debut! How does it go? About as smoothly as one could expect.

Emphasis on ‘smooth’ of course – Free Nationals are relatively low-maintenance for a band of their type, but operate with a high level of skill and charisma. Guitar, bass, drums, and keys – that’s it! Not even an official vocalist, which is where the ‘plenty of friends’ come in. Some surprise more than others, and while the band is obviously capable of supporting vocalists with their enduring approach to funk and soul, they’re plenty engaging on their own instrumentally.

The first thing we’re treated to outside of a short-ish intro track is “Beauty & Essex”, which is a straight-up sex jam you practically need to be on birth control just to listen to; shit, the band’s website even redirects from a recently developed ‘XXX’ domain usually reserved for pornographic pages – could have seen this coming. It features Daniel Caesar and Unknown Mortal Orchestra, showing intent on setting a specific mood fast, but that doesn’t mean it rushes. The song is seductively slow with twinkling keys and deep bass. Caesar’s infatuation with his partner is relatable to anyone who’s ever had even a little lust for another person, wanting to capitalize on mutual loneliness and purging it from each other.

Love is without a doubt a key component of Free Nationals‘ music, but it’s not a requirement. Sometimes you can just vibe out to the sound. “Shibuya” is a good spot to do this. Although singer Syd‘s appearance here is occupied with spending time with a special someone, the music itself is indicative of a night out, dropping into a nice club and enjoying the music before stumbling back out into the chilly night to bask in the city lights. Trumpets help accentuate a tenderness that’s inherent in their music, here and elsewhere. Pretty much everything you hear is in service to a mood. The band is exceptional at commanding that.

This is especially true when they kick up the tempo, like on “Gidget”, the only track where Anderson .Paak is prominently featured. The bass is bonafide funky, and the drums march up a clean groove while .Paak lays down some lovely bars in his distinctly textured voice. We also get the added surprise of T.Nava, the group’s keyboardist, assisting with a vocoder throughout. It calls back to not only the funk and soul of decades past (like Parliament), but also the G-funk era their native Los Angeles birthed in the 90s. This is one of the few ways Free Nationals imbue their music with some regional flair. Drummer Callum Connor also appears on a couple songs to sing himself, something I wish he did more of, because he sounds great on these tracks, especially “RENE”.

Speaking of surprises, there are more to be had. A posthumous vocal feature from rapper/singer Mac Miller isn’t groundbreaking, but a delight to behold next to Kali Uchis on “Time”. The biggest one by far is – and just hear me out – Conway the Machine and Westside Gunn featuring on the final track, “The Rivington”. If you’re unfamiliar with these two rappers, they’re part of the grimy trio Griselda (with Benny the Butcher rounding out the group) that recently signed to Shady Records and released their debut album WWCD. Coke boys need love too, so Conway and Gunn slot in nicely to the ethereal tone of the instrumentation, giving a hard-bodied perspective to the affair even if it does just boil down to Conway on his gangsta shit and Gunn courting someone as down with that lifestyle as he is (complete with the ‘all pink FNH in your purse‘). It’s amusing if nothing else, all held together beautifully by Joyce Wrice and .Paak (though uncredited) on the hook and, of course, them Free Nationals boys.

At the end of it all, of course I enjoyed this album. If I had any criticism, I would wish for Free Nationals to stand a bit more on their own, something they’re quite capable of doing. Features are nice (many of them are well-used here), but with talent like Callum Connor and T.Nava in their ranks – and even Anderson .Paak within arms reach – I’d love to see them be more self-sufficient in the future. I love what they do and for as much as they show off their prowess of weaving together sexy, charming, soulful funk, they could stand to show their own hand more.

Whether you’re looking to set a mood for a special night, or just vibe out with your poison of choice alone, Free Nationals got you covered with their self-titled album. It’s a shame this wasn’t released in the summer, as it would no doubt capably soundtrack many warm days and cool sunsets, but maybe they just brought the summer to those of us perpetually in our winter hoodies. Cuffing season needs a soundtrack as well, right? Great stuff, either way.