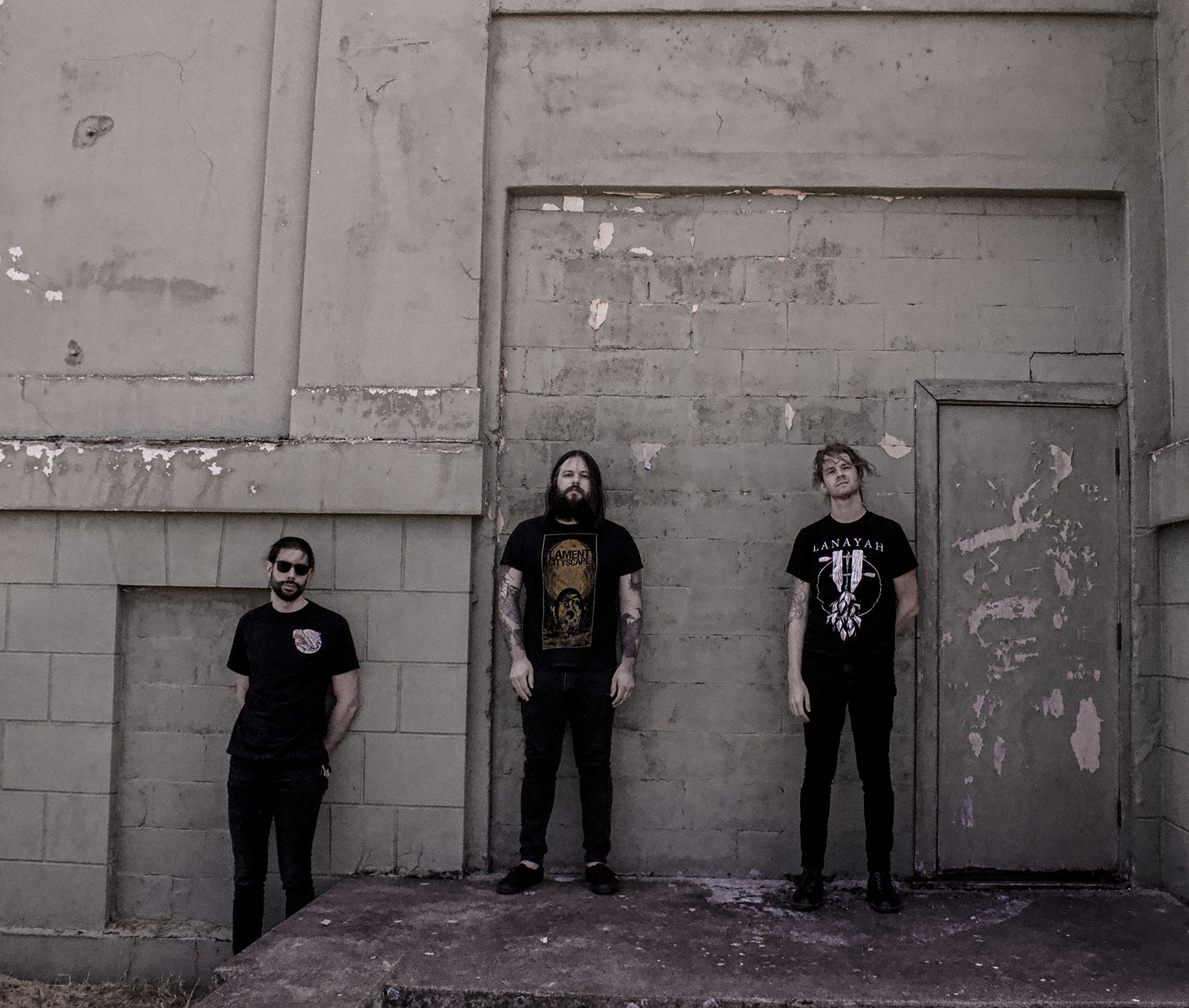 By David RodriguezJanuary 15, 2021 No Comments

Flood Peak are an emotive force, channeling energy from the darkest recesses of ourselves and the world as a whole, distilling it into impactful, diverse sludge metal.

Harrowing isn’t a word I throw around too often, even with as much dark shit I consume on a regular basis. I find it comforting, wallowing in a void that I usually try to avoid (ha) because I feel like I have power over it when I listen to this kind of music. I stand on the rippling waves of black – they do not pull me down or corrupt me. Recently, I had a new wingman in my voidal vacation, and that’s Portland’s own Flood Peak with their new EP Fixed Ritual.

Across five songs, it’s not the size that matters so much as the depth. Though not entirely conceptual, the themes of death and pain really strike chords in the manner I went into above. This is menacing sludgy post-metal, defeated and replete with despair; the only thing it looks forward to is an end, though, musically speaking, it does not rush to its grave. Fixed Ritual is deliberate and focused, tuning itself to a frequency that the doomer in us all pick up on keenly. On the other hand, it hardly wastes any time – due to its intense focus, every note, cymbal crash, and throaty scream feels earned and important.

Flood Peak are also fine crafters of a story or tone. Sure, there’s more heavy parts than anything else, but the weight would lack some meaning without a varied experience that allows you to appreciate its many facets. The caustic, hard-driving guitars and drums break free into a destitute ambient section at the end of “Salve Curator” before clobbering you in the side of the head again when the track slams into the next. This is just one example. ” Feral Wraiths” is a name well-earned, exhibiting a profoundly primal aspect of Flood Peak, tearing and clawing at the earth that will soon claim it. It sounds like a persistent nightmare, cloaked in black without any reprieve of light and no hope of surviving – the lyrics say just about as much:

Fixed Ritual really nails the balance between overwhelming and apathetic. Had Flood Peak plowed through the half-hour runtime like a bulldozer with unrelenting force and fervor, I’m sure they would have turned out some solid, if one-dimensional music. If they leaned into the smoke and fog of the ambiance they command well, we’d be left a beautiful yet likely toothless endeavor that would be missing something. The last track of the EP, “Sectarian Hilt”, really doubles down on what the band does well from both angles and more. This is the only place you get a glimmer of hope with its pensive and comparatively bright tone. Don’t get me wrong – it still feels funereal, but delightfully so.

Overall, Flood Peak have crafted a lurching death march of a project. It feels ritualistic with its complexities, and they show more and more with each loop of the record. Imagine walking barefoot through a forest flanked by people accompanying to see you to your goal. Shed bark from the trees and rigid foliage stiff from seasonal death pricks into your skin as you shuffle miles and miles away from any semblance of civilization only to come to a lake, sun-kissed through clotted grey clouds, where you must trudge into and sink, giving yourself to it. There’s grand ceremony to it, yet you feel reserved and resolute to do what must be done, for reasons greater than you understand. It feels… final; comforting like you’ve accepted what must happen. You find a release in it all, and your loss with be a gain for unseen powers – a sacrifice.

As morose as that sounds, Fixed Ritual is far from depressing. Like I said at the beginning, it’s music like that, when you’re on the same level as it, empowers you, allowing you to feel things unique and ultraspecific. Much like gifting yourself to a lake, if you allow yourself to be submerged in Flood Peak‘s immersive sludge metal, it will reward you. It’s probably not for everyone – hell, I wasn’t super into this kind of stuff a few years ago – but it’s worth a try for those that want well-executed, abyssal music that rains down on you. Like the peeled-open palms of soil on the cover art, let the emotional torrents from Fixed Ritual catalyze growth within you and enjoy the moment.