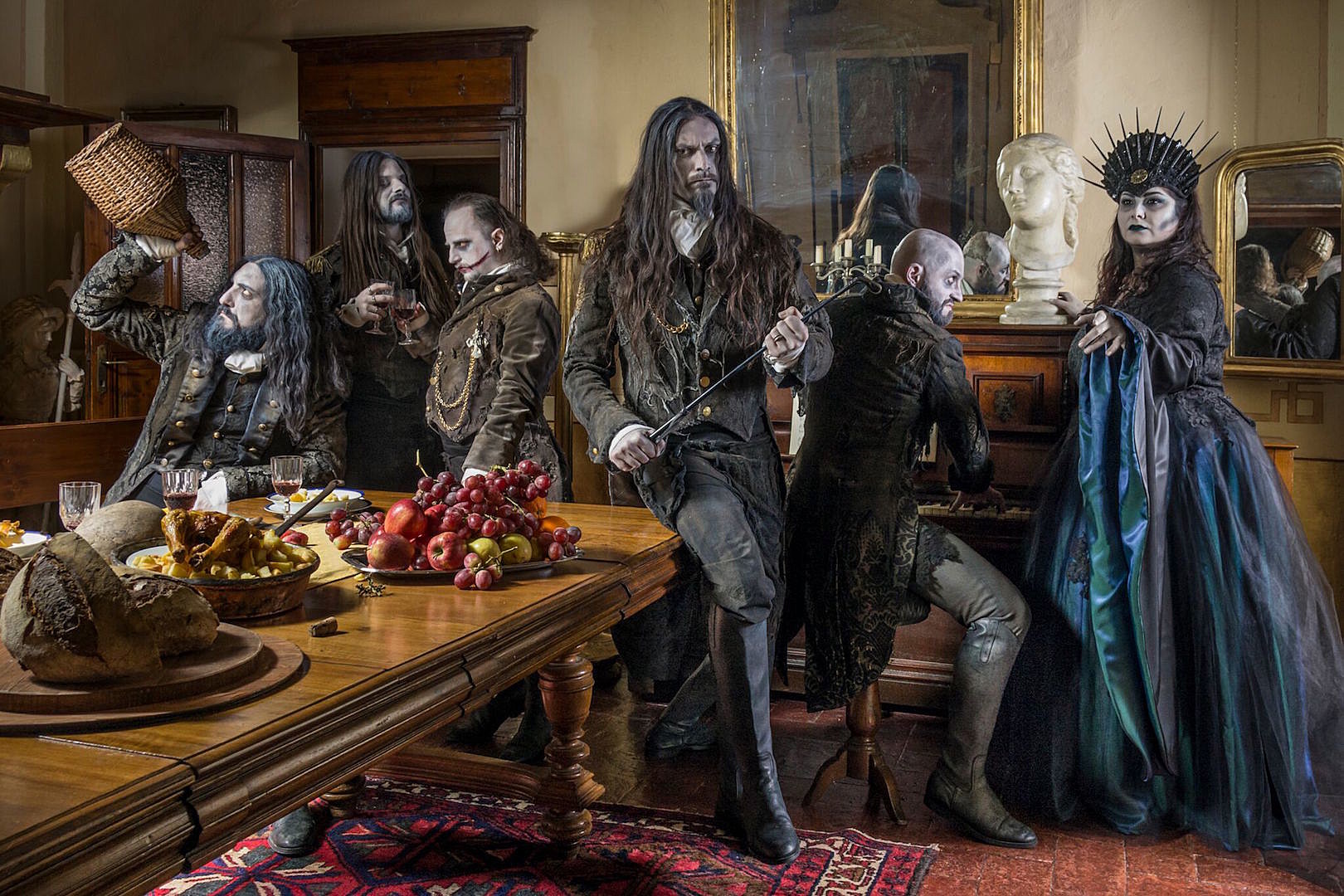 Fleshgod Apocalypse issue their fifth release, Veleno, as a furious response to life challenges and their previous, more ostentatious, material.

I have long been fascinated by the grandiose nature of symphonic music, especially when paired with the aggression of metal. Fleshgod Apocalypse were one of the early innovators in this unique pairing, bringing orchestral arrangements to their death metal sound since their inception in 2007. However, this mix is a volatile one – when the music veers to close to one element or the other, it can become over-inflated or unfocused. Some critics argued that Fleshgod‘s highly conceptual 2016 record, King, veered too much into their operatic and orchestral influences, eschewing memorable or aggressive riffs for huge symphonic moments. The Italian band’s upcoming full-length, Veleno, seems like a sonic response to these critics and the ambitious arrangements of King, further enraged by various life challenges and line-up changes encountered between their last release and now.

Veleno is Italian for ‘venom’, and the album earns its toxic namesake from its opening moments. The appropriately unsubtle “Fury” brings to mind a stampede, crashing in with blast beats and tremolo guitars. Though piano and string crescendos underlie the aggression of the track, they hardly steal focus from the staccato riffage and melodeath undertones of the chorus. Songs like lead single “Sugar” or “Pissing on the Score” continue in this vein as well; where King restrained its tempos and complexity for refined focus on concept, choirs, and classical instrumentation, these tracks are a step-up for the band in terms of technicality, anger, and memorable riffs.

While Veleno is calculated in its rage, it does not sacrifice dynamics for flat-out fury. “Carnivorous Lamb” features an anthemic melodeath introduction, and “Monnalisa” features slowburning verses to highlight its huge choruses. Perhaps where the album ventures most towards the dynamic range, but also pomp and ambition, of King is “The Day We’ll Be Gone”. The near six-minute track features a soprano duet, lengthy piano and string sections; it is, essentially, the album’s ballad, despite its growls. The track is operatic and unapologetic in its grandiosity, but will hardly surprise longtime fans of the group, even if it may turn off some listeners brought to the album by single “Sugar”.

Fleshgod Apocalypse wield a lot of elements at once – where most metal bands write for perhaps five different instruments, the Italian group have a whole symphony and choir to consider. The amount of opportunity here is promising, but also not always easy to reign in. The weird (but, to me, unidentifiable) instrument that carries the lead melody of “Carnivorous Lamb” feels off-putting, especially against its somewhat campy melodeath influence – an influence that purveys various sections of the record, sometimes making for memorable choruses, and other times making for dangerously cheesy moments. Elsewhere, gratingly operatic clean vocals evoke Anaal Nathrakh, which may peak the interests of some, but do not always land well against the flurry of melodic instruments and metal base. However, despite these criticisms, they are nothing to dissuade longtime fans, who have been accustomed to, and may even love, the epic scope and regular cheese that Fleshgod bring to the table.

Veleno manages to mostly sidestep the ostentatious overtures of albums past, with a renewed focus on memorable riffs, more intricate instrumentals, and higher tempos while eschewing ambitious concepts. However, fans of the symphonic side of the band will likely still be satisfied, as Fleshgod Apocalypse may have even moved a step further in more seamlessly reconciling the disparate nature of orchestras and metal bands while still retaining their gentle interludes and occasional balladry. As such, Fleshgod Apocalypse have created an album that shows some evolution while still being a release that will likely both satisfy longtime fans and attract new ones with its comparatively dark, streamlined approach. Of course, there will be those disenfranchised by the band’s unrepentant theatrics and sometimes cheesy moments, but that will be nothing new.